Free from fear: Quezon becomes a safe city for women and girls

With more than 3 million inhabitants, Quezon City is one of the most populous of the 16 cities and 1 municipality that make up Metropolitan Manila. It also has one of the largest percentages of urban poverty and most informal settler families. Sexual harassment is prevalent in all kinds of public spaces, but even more so in the neighbourhoods like Payatas, which has high levels of poverty, unemployment, drug use and trafficking, and robberies or street snatchings. To confront this reality, Quezon joined this year UN Women’s Safe Cities and Safe Public Spaces Global Initiative. In joining the initiative, Quezon City committed to conduct a scoping study, to collect information about sexual violence against women and girls, on in public spaces in two local areas (Bagong Silangan and the Payatas barangay). The study cited insufficient legal protection against sexual harassment and other forms of sexual violence in public spaces and that women often do not report incidents, mainly out of fear of stigma of being violated in this way, and fear of retaliation by the perpetrators. It also found that Quezon City lacks systematic data on sexual violence in public spaces. As part of the scoping study, six women’s safety audits were carried out, which involved collecting and assessing information about perceptions of safety in public spaces. Such audits bring women and men together to walk through public spaces in their neighbourhood, evaluate how safe they feel, and identify ways to make it safer (such as better lighting, and improved visible sightlines). Women's Safety Audits have become a consistent methodology used in cities that have joined the UN Women’s Safe Cities and Safe Public Spaces Global Initiative. Through the Safe City Metro Manila programme, Quezon City is seeking to set an example with improved data collection and trailblazing local legislation on sexual harassment against women in public spaces. 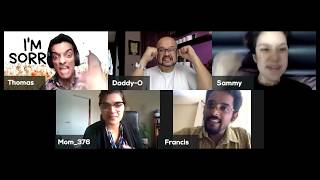 UN Women Regional Office for Asia and the Pacific, in collaboration with Mythos Labs, partnered with five actors and comedians from across Asia to produce a comedy video to promote solidarity, understanding, and cohesion in communities in the wake of the COVID-19 pandemic and quarantine measures. The video entitled “The Famdemic” – starring Farhana Muna from Bangladesh, Naveen Richard from India, Harith Iskander from Malaysia, Haresh Tilani from Singapore, and Aerin Yuktadatta from Thailand –... 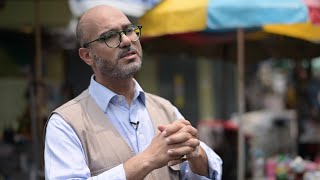 The Coronavirus pandemic is impacting us all in different ways. However, for a large amount of the population in our region, particularly women and girls, COVID-19 represents additional trouble and risks. Naciri Mohammad, UN Women Regional Director for Asia and the Pacific, shares a solidarity message with women in the region. 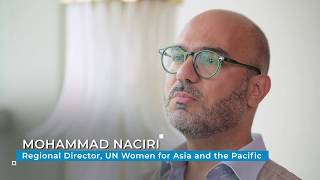 In his statement, Mohammad Naciri, UN Women Regional Director for Asia and the Pacific, calls for the specific needs of women and girls to be mainstreamed in the response to COVID-19 and explains how UN Women is leading by example in the region through its partnerships with governments, civil society, private sector companies, and other UN agencies. #COVID19 More info: https://asiapacific.unwomen.org/en/news-and-events/in-focus/gender-equality-in-covid-19-response 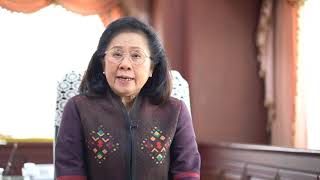 While around the world, about 70 per cent of health and social service workers are women, in Thailand over 94 per cent of a total of 220,000 nurses and midwives are women taking roles that place them on the frontlines of the #COVID19 response. On #WorldHealthDay, we honour their work! Watch our interview with Associate Professor Dr. Tassana Boonthong, President of Thailand Nursing and Midwifery Council. Hear what you can do to support them. #WorldHealthDay 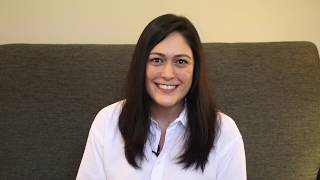 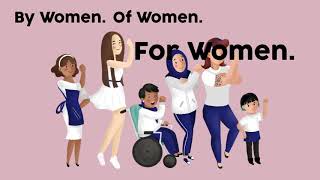 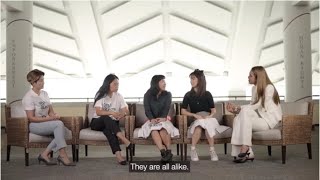 ● Korean Youth Talk Video: https://youtu.be/6fruVjB50XA ● Girls Not Objects webpage: http://unwo.men/nISb50z1H8V ● Social Media Action Package: https://trello.com/c/WBhXv4A2 What is Girls, Not Objects? On International Women’s Month 2020, UN Women Asia and the Pacific creates an online campaign to discuss the objectification and cyberbullying issues in the entertainment industry. It is funded by KOICA Thailand office (Korea International Cooperation Agency) and designed in collaboration with... 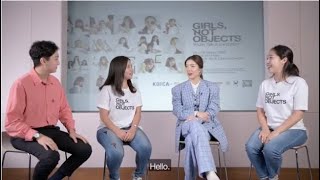 #GirlsNotObjects YouthTalk | The problem and impact of objectification and cyberbullying 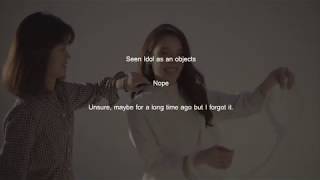 Lessons Learned from the Photo Exhibition | Girls, Not Objects

What is Girls, Not Objects? On International Women’s Month 2020, UN Women Asia and the Pacific regional office creates an online campaign to discuss the objectification and cyberbullying issues in the entertainment industry. It is funded by KOICA Thailand office (Korea International Development Cooperation Agency) and designed in collaboration with Thai University Student Groups, IKIGAI and Mu Studio. See more:... 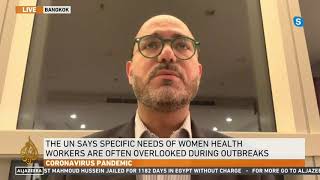 UN Women Asia Pacific Regional Director, Mohammad Naciri was on Al Jazeera’s global news yesterday (March 19, 2020) from 13:25-13:40 GMT. The live interview was globally broadcasted during the prime evening time in Asia and AM in the Northern American continent. Video: Courtesy of Aljazeera 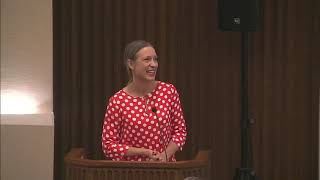 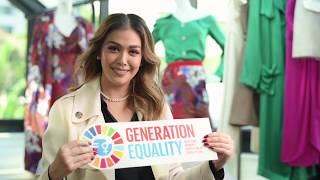 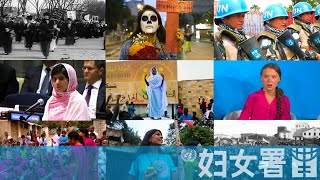 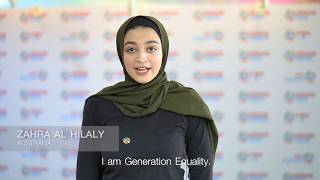 #GenerationEquality | Some of the members of the #Beijing25 Global Youth Taskforce from #AsiaPacific attended the recent Ministerial Conference in Bangkok. Here's what they told us! Read more about them here: http://unwo.men/Wfbz30q4wQ5 Supported by #Norway 🇳🇴 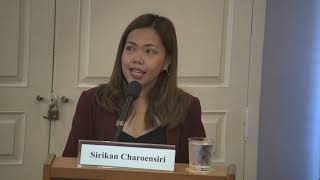 "A tribute to those fighting for Women's Right" An opening session and panel discussion recorded from FCCT, Bangkok Thailand. Friday, 13 December 2019 | 0900-1200 hrs. 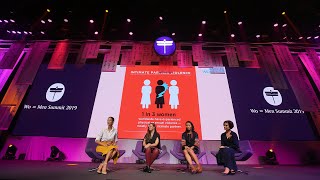 Featuring Sia Kukaewkasem, Emma Thomas, and Cindy Bishop; moderated by Melissa Alvarado. The "Kist with a Fist" was organized by Dragonfly Bangkok to empower women as an agent of change for stereotypes, inequality, and violence against women. See more at https://dragonfly360.co 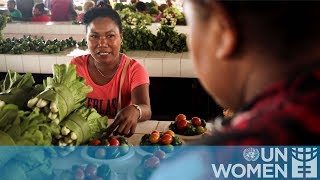 Market vendors are predominantly women, and marketplaces offer important venues to promote gender equality and women’s empowerment. In targeting women market vendors in marketplaces in Fiji, Solomon Islands and Vanuatu, the Markets for Change (M4C) Project - a UN Women Project in partnership with UNDP - will contribute to the broader Pacific Women’s Economic Empowerment (WEE) result of secure, productive and sustainable work opportunities for women. Markets for Change is supported by the... 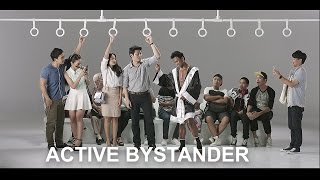 Public Service Announcement (PSA) “Active bystander” is produced with the objective to encourage young people especially young men, to take action on ending violence against women. The piece follows a positive bystander approach that increases individual intervention in situations where individuals do not offer help when other people are present. The PSA counts with the participation on it of the most famous Muaythai boxer Buakaw Banchamek. PSA has been produced in Thailand by UN Women with the... 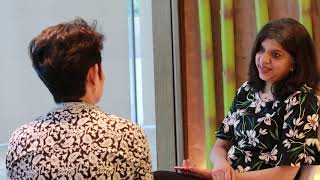 Kalpana Viswanath is Co-Founder and CEO of SafetiPin, a social enterprise based in India that uses data and technology to support cities in their endeavour to become safer, more inclusive and smarter. Since 2013, Safetipin has worked with more than 30 cities in India and other developing countries, collecting public space data and working with governments to use that data for better planning and maintenance of cities. Earlier, Kalpana headed Jagori, a leading NGO working on women’s rights. She...

Every 1 out of 3 Indonesian women has experienced violence at least once in her lifetime, regardless of their level of education, social status or age. Victims are often driven into silence because they are blamed and their testimonies are put in doubt. To commemorate this year's 16 Days of Activism against Gender Based Violence, Indonesian influencers delivering a strong message to end violence against women and girls. In the video, the influencers emphasize the importance for everyone to...