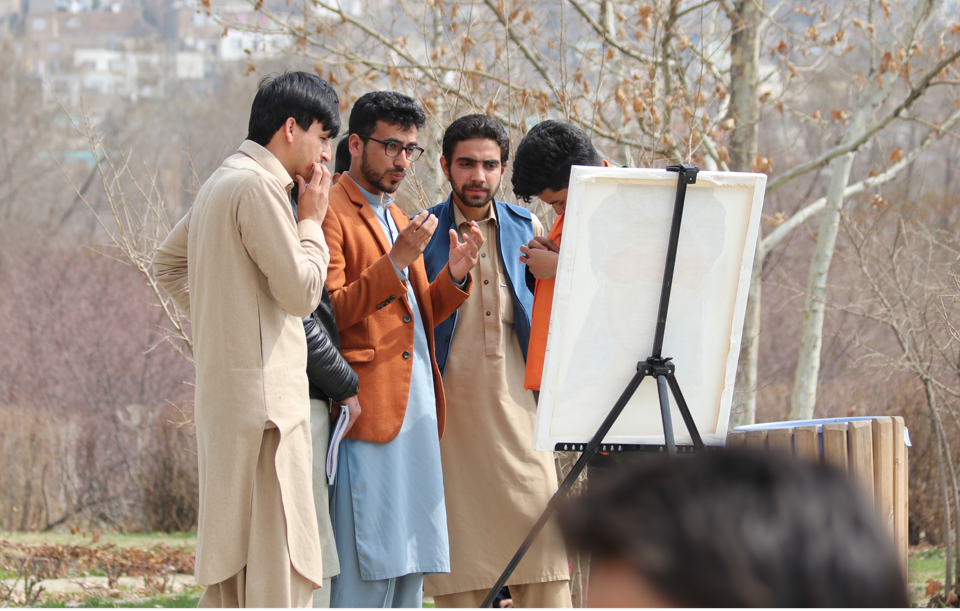 Violence against women is rooted in discrimination and inequality, making it challenging to address. Men and women who have not had opportunities to question gender roles, attitudes and beliefs cannot change them. Women who are unaware of their rights cannot claim them. Governments and organizations without access to standards, guidelines and tools cannot adequately address these issues. Once evidence accumulates and awareness grows, the potential for stopping all forms of violence does too.

Since we work around the world, we have a unique vantage point in bringing together the expertise and understanding of what works to prevent violence and assist survivors. We have collected an extensive body of knowledge, from developing comprehensive national laws to executing successful awareness raising campaigns. A growing number of countries are taking action to end violence drawing on our information resources on the most effective strategies.

UN Women joined forces with Cindy Sirinya Bishop, a high-profile Thai celebrity and creator of the #DontTellMeHowToDress campaign, and co-created  an exhibition displaying the clothing victims wore at the time they were sexually assaulted - from sweatpants to overalls. The exhibition challenges the misconception that women are to be blamed for rape and sexual assault. It also features photographs and other interactive elements to invite the audience to question the idea that sexual violence is acceptable, shameful, should not be spoken about or that women are responsible. The #DontTellMeHowToDress exhibition has been featured in Thailand, the Philippines, and Singapore. 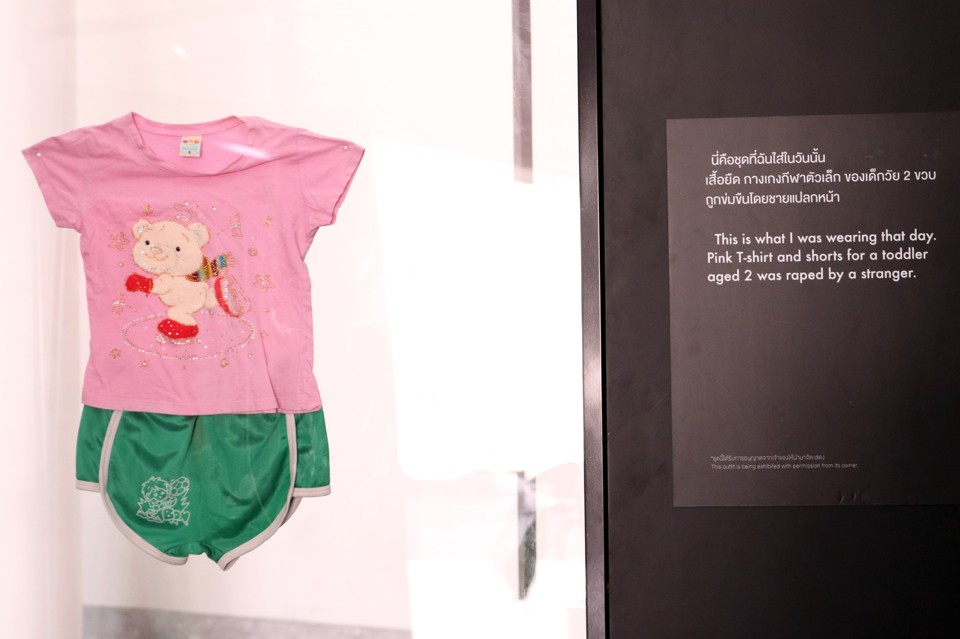 Survivors and activists against discrimination and violence became living books to share their personal experiences of discrimination, inequality and violence at the Human Library event in Bangkok in 2019. The event was hosted by UN Women in collaboration with Bangkok Rising, the Embassy of France and the Embassy of the Netherlands as part of the 16 Days of Activism against Gender-Based Violence. People from different backgrounds played the role of library books, each one holding a personal story about their experiences with inequality, stigma, and violence, and their motivations to advocate for positive change. They were individuals from different gender identities, racial and ethnic backgrounds, and social classes, all with different life experiences to share. These included survivors of sexual violence and human trafficking, individuals from the LGBTI community, and women from sports and the media, among others. 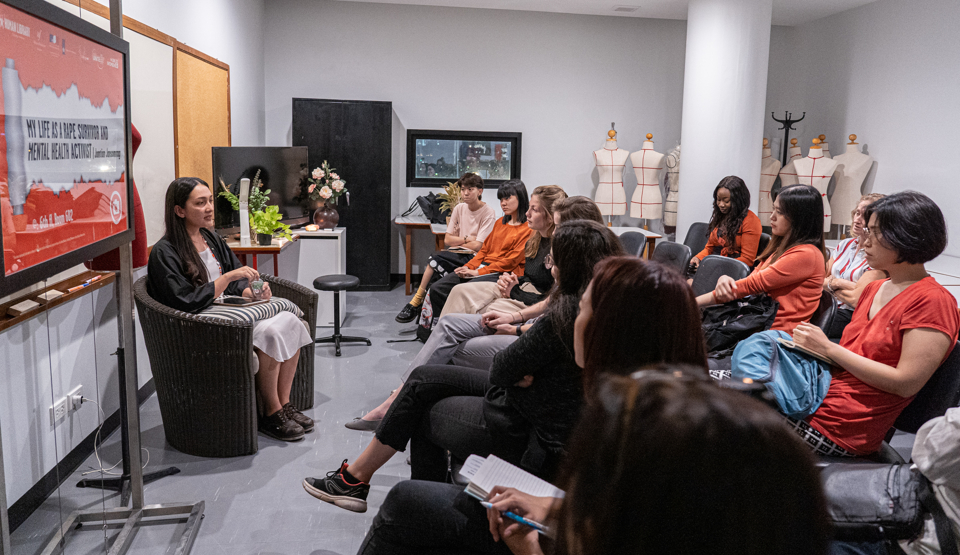 In the wider context of calls for policies addressing sexual violence and gender inequality in universities around the region, UN Women organized the HeForShe University Tour. Visits were made to Chulalongkorn University, Thammasat University, Webster University, and Mahidol University International College. Successfully reaching approximately 500 students and faculty, the tour raised awareness about gender inequality and its impacts in universities across Bangkok. In addition to sparking gender equality conversation with men and boys and all genders, our HeForShe University Tour called for ending gender-based violence on campus.  The Tour garnered concrete commitments from the various university administrations: Chulalongkorn University is interested in conducting research on sexual violence and harassment, Mahidol University International College will engage in both research and the creation of a policy targeting violence on campus, Webster University has committed to increased collaboration with students, and Thammasat University launched a sexual harassment policy, committed institutional support and funding, and created standard operating procedures (SOPs) to deal with sexual harassment. Thammasat also recently installed around 400 CCTV cameras on campus to monitor violence. Students also pledged to be leaders in changing norms, stereotypes, and attitudes around sexual violence. Additionally, students from Stamford University who attended the HeForShe University Tour engaged in action for change on their own campus. With the support of UN Women Asia and the Pacific, Stamford University students led the #PolicyPlease campaign, which garnered five pages of signatures to create a policy on gender-based violence on campus, and to form a Gender Equality club which will advocate for change. As a result, Stamford University publicly committed to a adopt sexual harassment policy. 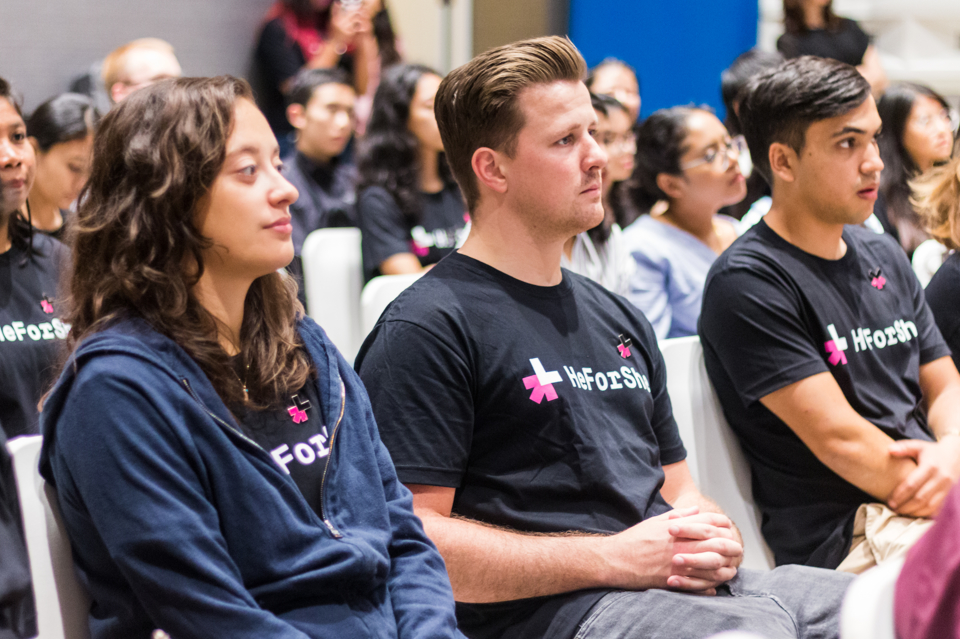 The digital campaign consisted of an interactive 360° immersive experience, in which users  were asked to find a solution to end domestic violence. It also put a spotlight on the brave women who endure violence and find the courage to speak up. Through powerful stories told by survivors of violence, visitors learn about different types of violence and about the actions each of us can take to help put an end to it. Leading Thai media outlets, celebrities and opinion leaders amplified the voices of fearless survivors, who have said “enough is enough”. 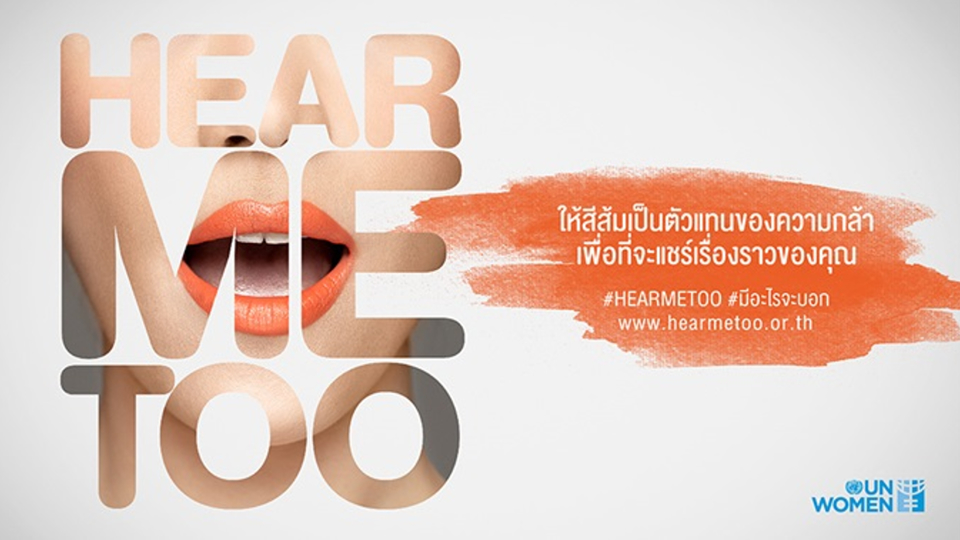 E.Quality Talks were held at the UN and Alliance Francaise in Bangkok, bringing together a prominent panel including Cindy Sirinya Bishop, the creator of the #DontTellMeHowToDress campaign, Wipaphan Wongsawang, artist and founder of the ThaiConsent movement, lawyer Busayapa Srisompong, founder of SHero, Jaded Chouwilay, Director of the Women and Men Progressive Foundation, Thararat Panya, a law student who openly spoke up about sexual harassment cases in her university, LGBTQI+ activist Chitsanupong Nithiwana, the young feminist artist Kamolros Wonguthum, and Watcharapon Kukaewkasem, a migrant women’s rights advocate and social worker. They bravely shared their stories and spoke up to challenge acceptance of violence against women and girls.

Cindy Sirinya Bishop, model, actor and founder of #DontTellMeHowToDress campaign, shares her own experience and thoughts about ending violence against women and #HearMeToo in Thailand at Equality Talk held on 23rd November 2018.