Following the devastating floods that have impacted the lives of nearly all residents in Western Fiji, The United Nations Entity for Gender Equality and the Empowerment of Women (UN Women) Pacific Sub-regional Office has received $50,000 USD to provide gender responsive support to the areas impacted by floods.

The largest island of Fiji, Viti Levu, experienced heavy rainfall and flash flooding, beginning on 30 March and continuing into early April as Tropical Cyclone Daphne passed at a distance. Water levels in major rivers reached critical heights, and areas in the west of Viti Levu, particularly Rakiraki, Tavua, Ba, Lautoka, Nadi and Sigatoka were most affected. 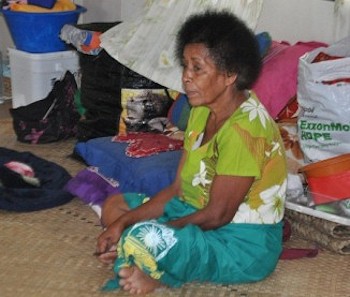 The Government of Fiji declared a State of Natural Disaster for parts of the Western Division (north coast and western half of the main island), which was most affected again, after being struck by floods earlier this year in January.

In 2011 UN Women’s mandate was expanded to include increasing women’s leadership in peace and security and humanitarian response. For the first time, UN Women has a mandate that covers both disaster preparedness and disaster response.

UN Women actively promotes early and consistent inclusion of women and gender perspectives in all aspects of humanitarian response and early recovery, including ensuring women’s participation in all decision-making processes, collaborating with other UN entities in the development of gender-sensitive approaches to humanitarian action, and supporting the development of local women’s networks and building their capacity to engage in early recovery and preparedness processes.

UN Women’s plans for the additional funds includes strengthening use of sex and age disaggregated data in reporting and monitoring mechanisms; ensuring gender and gender-based violence prevention and response are integrated in planning, programming and monitoring of the humanitarian action; and increasing the availability of information, education and communication materials for beneficiaries.