A total of 32 journalists from 23 countries from across Asia and Pacific Region have returned to their countries with commitment to increase reports to promote gender equality by 15 per cent towards 2015 and a professional network established  after attending a three-day media training workshop in Bangkok, Thailand. 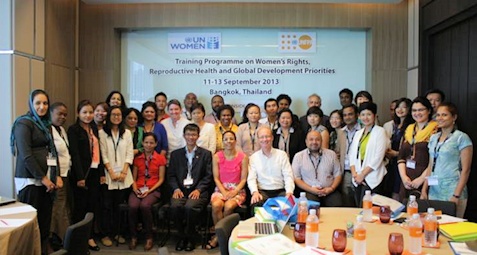 “We are committed to an increase of 15 per cent reports to promote gender equality and advancement of women and create a network of knowledge sharing,” said Babita Basnet, President of the Media Advisory Group at the closing of the workshop. Ms. Basnet volunteered to create an Asia Pacific media alliance group for knowledge exchanges amongst trained journalists.

In her opening remarks, Ms. Roberta Clarke, Regional Director, UN Women Regional Office for Asia and the Pacific and Representative in Thailand, said the workshop was a good opportunity to deepen understandings of media and knowledge on gender, reproductive health and development. She said that the workshop would provide opportunity to discuss barriers and opportunities across different cultures. The workshop would also give the participants a chance to share perspectives on strengthening gender analysis framework for the media to enable dialogues to work together to advance human rights, especially women’s rights.

The Workshop provided a platform to help raise the profile of these issues and provide a safe space in which open discussion was valued. Topics ranged from Millennium Development Goals to gender-based and sexual violence, sexual and reproductive health and rights to contraceptive services and information and media, gender and global development. The different cultures and backgrounds of the media participants sparked lively debate and discussions as they shared their knowledge and experiences from their respective countries.

Six journalists were sponsored to travel from the Pacific Region, spanning Fiji, Papua New Guinea, Solomon Islands and Vanuatu. One of the participants from the Pacific was University of the South Pacific (USP) professor, Dr. Ian Webber, a key partner in introducing and developing gender modules at USP. UN Women supported his participation through the Advancing Gender Justice in the Pacific programme, implemented in partnership with AusAID. UN Women has collaborated with USP in the development and implementation of gender mainstreaming in core courses in the media training. Ms. Sagynbaeva added, ‘it is a privilege for UN Women to work with the University of the South Pacific on the development of JN 302 Journalism Research and JN 305 Special Topics in Gender and Media modules for the students of Journalism Faculty. It is important to empower the next generation of journalists in the Pacific for the cause of women’s rights and empowerment and gender equality.” 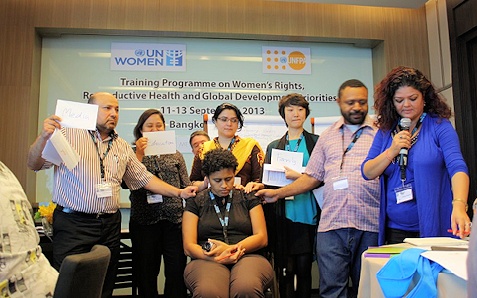 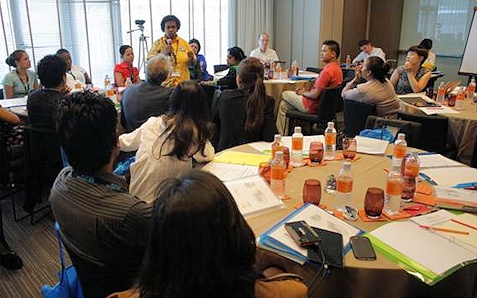 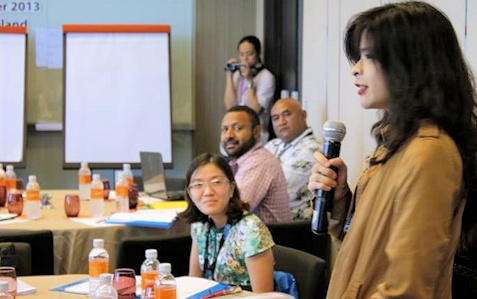 Patricia Evangelista from the Philippines 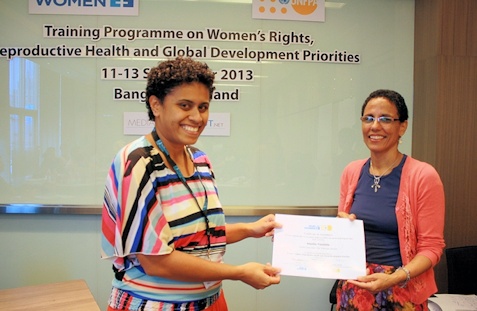 Related News
30/06/2021
Young artists in Thailand call for gender equality using a surprising range of media
08/06/2015
Inside the News: Challenges and Aspirations of Women Journalists in Asia and the Pacific
05/06/2015
Thai Youth Ambassadors for safe migration join HeForShe
19/12/2014
Op-ed: Economic growth and land – where are the women?
02/12/2013
UNESCO Media Forum on Media and Gender in Bangkok talks to increase fair share of women in the media and end discrimination against women as part of 16 Days of Activism to End Gender-based Violence
END_OF_DOCUMENT_TOKEN_TO_BE_REPLACED