Pakistan’s first ever challenge to provide women with safe transportation 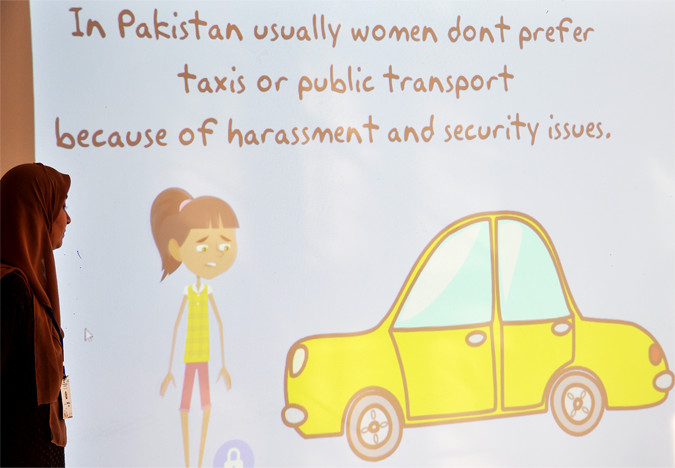 On top of this, the Pakistani woman faces harassment and inconvenience on a daily basis when using public transportation. According to the International Labour Organization, barely one fifth of Pakistan’s women work in paid jobs primarily because of the lack of safe and secure public transportation to and from their work places.

Motivated by this injustice and harsh reality, Pakistan saw its first ever innovation challenge to provide women with safe transportation last weekend.

The Pakistan Innovation Foundation (PIF), supported by UN Women and Toyota Pakistan, initiated a three day hackathon, an event where students, computer programmers, designers and others, initiated a 3-day hackathon, where teams intensively collaborated ideas and projects to develop innovative solutions providing women with safe transportation. To kick-off the exercise and create awareness, PIF launched the hashtag #TakeBackTheWheel, which at one point trended at #2 on Twitter in Pakistan. 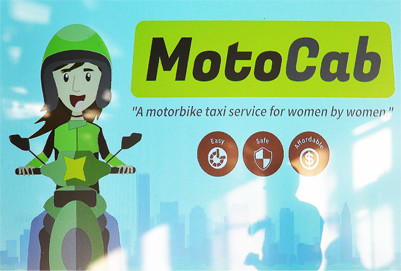 Of 75 teams developing solutions to women’s transportation concerns across the twin cities of Islamabad and Rawalpindi, 11 finalist teams were invited to Islamabad this weekend for the hackathon. There they received guidance and support from mentors including UN Women, the United Nations Entity for Gender Equality, computer scientists, engineers and product designer specialists. The mentors supported the teams in improving their understanding of women’s rights (and related behavioral changes) and solidifying their ideas on how to strengthen their product designs to optimize women’s safety and security.

The teams comprised mainly of university students showed great energy and enthusiasm in conceptualizing their ideas, while at the same time showing deep-felt understanding of the importance of women’s rights to safe mobility. Group work and speeches from relevant stakeholders gave the participants perspective on how they could further develop their ideas, and emphasized the importance of public transportation to access education for women and girls, and their financial autonomy.

Speaking at the hackathon, and as a member of the jury, Mr. Jamshed Kazi, Country Representative, UN Women, stated: “No city can be smart and sustainable if half its population is not safe and lives in fear of violence. In today’s increasingly urban world, providing safe living environments, productive economies and equitable social benefits are challenges facing towns and cities across Pakistan and throughout the world”. He further congratulated PIF for spearheading Pakistan’s first such initiative and thanked all the energetic and talented teams for their concepts and proposals. 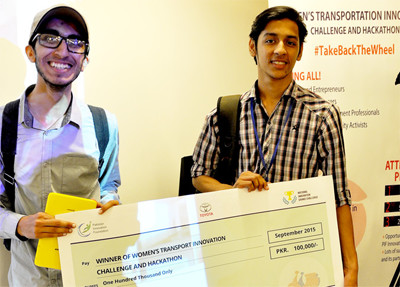 The teams’ presentations included strengthening existing public transport systems of mini-vans and making it more women friendly, female motorbike services, community based carpooling systems, mobile phone applications with e-ticket solutions and tracking systems to increase security, buses with separate compartments for women and men, and even eco-friendly cars especially designed for women. The winning team took home a prize of Pakistani Rupees (PKR) 100 000 (approx. USD 1,000), but more importantly the team will be provided mentoring and support from sponsors and partners to launch their idea - a mobile security application, which keeps track of your transport movements via a Global Positioning System (GPS), and sends an alert to a friend and/or family member in case there is an emergency or security situation.

The #TakeBackTheWheel hackathon was a great success, and UN Women is looking forward to continue supporting future initiatives that will improve public mobility of women in Pakistan.