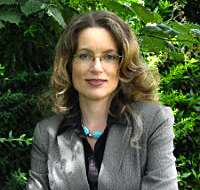 It gives me great pleasure to be here today to open this ASEAN national consultation on women’s rights and the celebration of 35 years of CEDAW.

Women’s issues are a particular priority for the Government of Canada, which has sought to actively promote women's rights and gender equality both at home and abroad.

This innovation is unprecedented in Canadian politics, and is consistent with Canada’s position on women’s rights.

This week our government is further underscoring the renewal of Canada’s commitment to advancing gender equality by sending a delegation of four cabinet ministers to the 60th session of the UN Commission on the Status of Women in New York, held from March 14-17. The delegation includes Canada’s Status of Women Minister, Justice Minister, Indigenous Affairs Minister, and the Minister of International Development.

The Canadian Government is proud to be a leading advocate in the promotion and protection of women’s rights and gender equality. These are central tenets of Canada’s foreign policy and international development agendas. I would also just mention that a World Bank study, released just yesterday, links women’s land ownership to a decrease in violence and poverty.

Canada's programming for ASEAN prioritizes the promotion and protection of human rights, and we are one of the largest regional donors in this area of work. For over 10 years we have partnered with UN Women to strengthen the human rights of women in ASEAN through the implementation of the landmark CEDAW convention; ratified by all ASEAN Member States.

Our partnership has been instrumental in raising awareness on women’s human rights across ASEAN and strengthening ASEAN mechanisms to protect the human rights of women and girls.

Canada partnership with UN Women has also supported the ASEAN Intergovernmental Commission on Human Rights and the ASEAN Commission on Women and Children in fulfilling their mandates of promoting and protecting women’s human rights.

Canada is also supporting a number of bilateral initiatives on women’s empowerment within ASEAN Member States, including the Gender-Responsive Economic Actions for the Transformation of Women Project – or the GREAT Women Project, which is helping women entrepreneurs grow their businesses right here in the Philippines. We have recently renewed our support to the GREAT Women through a new five-year $8 million initiative.

I must say that the Philippines has demonstrated incredible leadership on CEDAW and the issue of women’s rights across the ASEAN region, and that we owe a great deal to Filipino women, including Senator Shahani, for lending their voices to this cause and to Canada’s efforts.

In addition to our engagement in ASEAN, Canada has spearheaded a number of global actions for women.

Strong economic performance over the past decade has made ASEAN one of the most dynamic regions of the world. Continued prosperity will depend heavily on addressing issues of equity and sustainable economic growth.

On behalf of the Government of Canada, let me thank UN Women for organizing this event and for your continued commitment to gender equality and the empowerment of women in ASEAN and around the world.

I look forward to today’s discussion and another 35 years of forward momentum on the implementation of CEDAW with the support of our important partners here in the Philippines and across the ASEAN region.