A journey of dislocation and survival 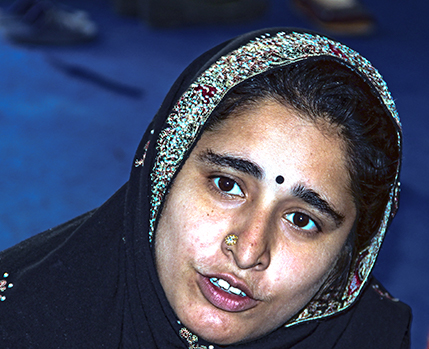 “It’s a nightmare what we have gone through - displacement, camp life and survival”

“Disasters affect everyone, but for women the impact is doubled”

“We have seen our women give birth while being evacuated - many had miscarriages as we ran and walked the 8-hour route to safer grounds [camps]. They should have been provided with health facilities along the way. One mother put her baby in a carrier bag as she couldn't carry the child - it was dead when she later opened her bag”

“Camp life has taught us many new things. We realize that there should be no difference between our sons and our daughters when it comes to education. In the camps some girls have continued their studies whist others have started their schooling. We now know that educating our girls is more important than getting them married off early - we will be avoiding child marriages from now on”

“We came to Pakistan due to the war in Afghanistan. We have no homes to go back to - where and how would we live, work and feed ourselves? We are now in our third generation and Pakistan is the only home we know - how temporary is ‘temporary’ for a displaced woman?”

These are just some of the heart clenching chronicles of women and girls displaced by emergencies in Pakistan’s Khyber Pakhtunkhwa Province over the last years. Whilst any form of displacement (natural or human-made) presents multiple challenges - humanitarian, human-rights and developmental - the needs of affected populations must be addressed so basic rights and civil liberties are fully protected and livelihoods restored.

So how do displaced people respond and adapt to disasters?

Pakistan as a country, continues to face the effects of a number of consecutive complex emergencies and natural disasters, and humanitarian displacement due to emergencies, all of which have affected large sections of the population, and particularly women and girls. These crises have also highlighted serious gaps in emergency preparedness, early warning systems, and other disaster risk reduction and management capacities required for a comprehensive, swift and gender sensitive response towards stabilization and social reconstruction. 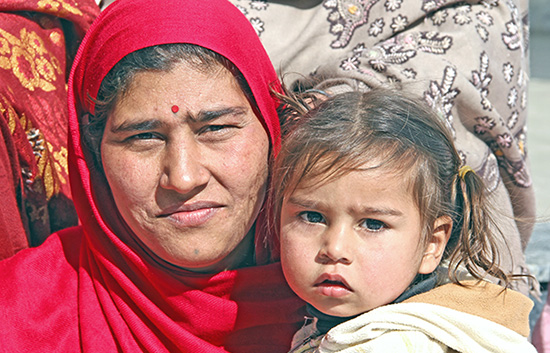 Afghan Sikh women narrate their journey from Afghan to Pakistan with loss of their land, houses and businesses, and share how they have rebuilt their lives and their fears of abduction if they return homePhoto: UN Women/Faria Salman

UN Women (the United Nations Entity for Gender Equality and the Empowerment of Women) conducted a number of purposive and inclusive group discussions with nearly 100 displaced women and girls from KP and the Federally Administered Tribal Areas (FATA) who have been affected by displacement and how they responded to the situation.

Over a three-month period, UN Women with support from the Provincial Disaster Management Authority of Khyber Pakhtunkhwa (KP) organized 12 Focus Group Discussions (FGDs) with Afghan Sikh refugee women (02 sessions), Afghan refugee women (04 sessions), women displaced due to military operation (04 sessions) and women returnees (02 sessions). In sharing their journey of dislocation and survival these women and girls from different sectors, dissimilar cultural backgrounds and diverse traditions, were provided with a platform to share their experiences and identified frequent and emerging issues faced by them during emergencies, displacement and in social reconstruction.

Afghan women who took refuge in Pakistan with their families due to the Afghan war in the late 1980’s shared that prior to displacement many were involved in some level of decision-making with their husband’s and male elders on their children’s marriages and when buying properties. Post-displacement, some women observed that their men avoided involving the women in discussions and taking decisions. With no, or rationed financial income, husbands had either taken up local jobs at a minimum wage of PKR 400 per day, or commute between Afghanistan and Pakistan, this has imposed a strain on the family unit and restricted women’s access to specialized healthcare or educational institutes for their children. It was also pointed out that in the absence of possessing a Pakistani identity or renewal residency card, husbands, brothers and other male family members including women cited harassment by local police thus restricting them from roaming freely and conducting their everyday business.

Pakistani women displaced from Malakand Division of KP due to complex situation created by non-state actors and subsequent military operations in 2008 and on-going in 2016, shared that living in camps has made them more aware of their role and rights. One woman revealed: “We are more secure here, we have learnt a lot from other people. Before we did not know what latrines were – our latrines were our fields.” Another woman spoke of equal treatment of sons and daughters in education, marriage and employment: “Before displacement our girls were married off between the ages of 12-15 years. Now we delay our girls from getting married too early. They are married once they are 18 years old. We believe our girls should have an education and learn some life skills for if they are widowed, they should be able to support themselves.” 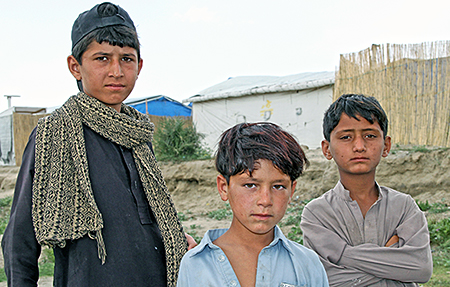 Describing the moment of evacuation, a Pakistani mother of 6 displaced from North Waziristan Agency in FATA due to military operation, Pakistan’s second largest internal displacement after Malakand, narrated: “The military operation was nearing our doorsteps. We were told to evacuate - gather what you can and leave. The only thing we mothers could gather was our children. The ones we couldn’t find, we had to leave without – we had no time to locate them.” Another woman said: “Taking our documents with us never crossed our minds. We faced many issues as we did not carry our ID cards - we were identity-less with no access to food rations, hygiene kits, hospitals or schools for our children.” These women also highlighted that the spontaneous camps and settlements they were provided with had near to non-existent educational facilities, lack of health care provision and no skills development or income generating opportunities for the women to participate in, leaving women and girls confined to their compounds whilst the men and boys were able to wander freely.

Many women interviewed during the FGDs also relayed that there was no transportation available for them to make the ‘unknown’ journey. Women and children were made to trek for over 35 kilometers over a period of three days along with their children unaware of what was waiting them at the other end. One woman revealed: “We have never lived outside of our family homes - the thought of sharing ‘spaces’ with non-family men was daunting. The ‘purdah’ [veiled] walls addressed our concerns and privacy.”

Speaking of their ‘return’, the majority of Afghan and Pakistani women requested to be sent ‘home’ only when they could be ensured of their safety and peace - “no more bombs and firing”. One interviewee conveyed that: “Only when we are mentally prepared can we return home. Our girls are being educated, they need schools. We are learning new skills and earning a small income. We want to continue these and teach others back home.” 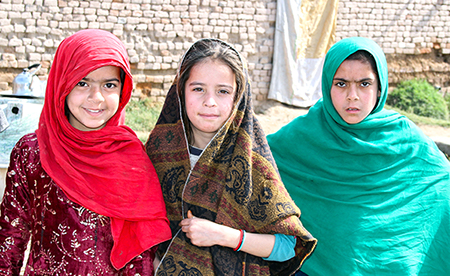 One returnee on comparing her life before and after displacement shared that many women had never left the Swat Valley so had no idea of what life away from their own town would be like. “Displacement provided us with an opportunity to see how other people lived – we saw women driving and working in various occupations; we saw women walking around without their burka’s [full veils] and we saw thousands of girls going to school. Witnessing this alternative life has provided us with the desire to improve and change our restricted circumstances and our situation. We now believe that education is the way forward, especially for our girls. Our men have also realized that allowing girls to be educated in fact improves the future prospects of their daughters’ and family lives.”

These series of FGDs with displaced women and girls provided them with a platform to raise their voices as agents of change in crisis situations, and put forward recommendations to make provincial responses effective and more responsive to the needs of women, girls and vulnerable persons (elderly, disabled and women headed households) and support their safe and dignified return.

Recommendations and way forward include:

These FGDs were carried out under UN Women in Pakistan’s ‘Women’s Leadership in Social Reconstruction’ programme, with support from the Government of Denmark to enhance synergies so (i) Policy and institutional level responses and coordination mechanisms incorporate women and girls as change agents and promote gender equality commitments in disasters and emergencies, and (ii) Stabilization, social reconstruction and peace building promote security and protect the rights of women and girls.

Simultaneously UN Women in Afghanistan conducted a number of FGDs with various groups of displaced women in Kabul. In sharing their journey of dislocation and survival over 50 women (internally displaced and returnees from Pakistan) participated in 4 FGDs and cited their major concerns as: insecurity, kidnapping, unemployment, lack of education, high expenses, unclean air, psychological harassment of women and girls within their houses and outside, violence against women and a weak economy. 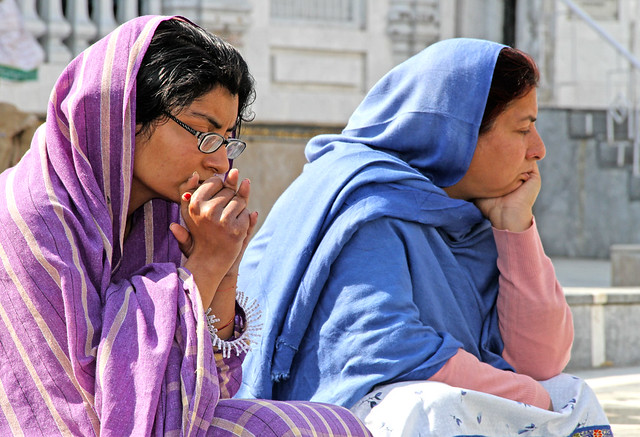 Faria Salman is Strategic Management and Partnerships Officer and Communications Focal Point for UN Women Pakistan. She can be contacted by email at [ Click to reveal ]

Related News
02/06/2020
From Where I Stand: My commitment to serve humanity is renewed after recovering from COVID-19
04/03/2016
Pakistan’s Humanitarian Country Team celebrates International Women’s Day
24/05/2022
Inspiring Voices from Pakistan
01/02/2022
In the words of Tarikul Islam
30/11/2021
I am Generation Equality: Tabbasum Adnan, Founder of First All-Women Council of Tribal Leaders in Pakistan
END_OF_DOCUMENT_TOKEN_TO_BE_REPLACED