Bangkok, Thailand — The large numbers of Philippine women working abroad have been enjoying better protection and services from their government thanks to a new law enacted with UN Women’s support. 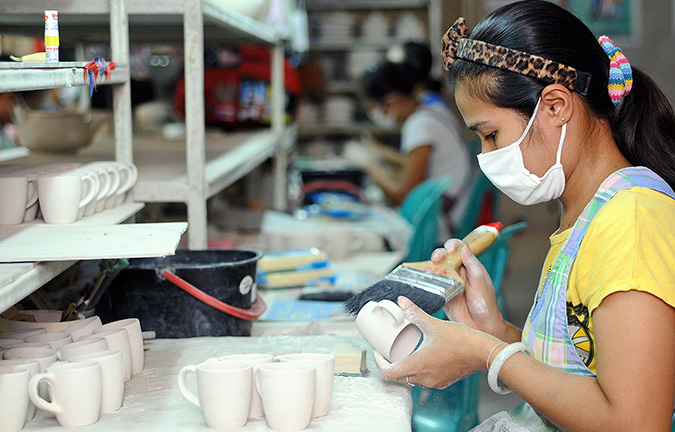 The law, signed by former President Benigno Aquino III in May, reformed the overseas Workers Welfare Administration and turned it into a government agency receiving funding from the government, instead of only relying on contributions from overseas workers. That institutionalized and strengthened its mandate.

The legislature’s technical staff reviewed the bill to ensure it was compliant with the United Nations Convention on the Elimination of All Forms of Discrimination against women (CEDAW), of which Philippines is a signatory. The law declares that the agency must be responsive to the needs of women.

As a result of the law, Philippine migrant workers have access to better legal support to secure their rights; help in cases of sexual abuse; health care for them and their families; and a reintegration programme when they wish to return home.

UN Women efforts to get the law passed leveraged on the work of two of its projects that advocate for more gender-responsive migration laws: a labor migration project funded by the European Union and the Regional CEDAW South-East Asia Programme funded by the Government of Canada.

From the start, UN Women built a partnership with the House of Representative’s Committee on Overseas Workers. The committee was instrumental in driving the CEDAW-based legislative review of the bill in the House and in working with the Senate on its passage.

UN Women brought together for consultations key officials, particularly senior legislative staff in the House and the Senate, and civil society and women’s groups. It also organized training on doing a CEDAW-based legal review, and developed and circulated among all groups expertise and research documents.

Philippines is one of the world’s top countries of origin for overseas workers because of the scarcity of jobs at home. Most of the low-skilled female workers are domestic laborers in places like neighboring Asian countries and the Middle East. They are vulnerable to abuse and exploitation, illegal recruitment, contract substitution, and debt bondage.

Related News
18/10/2021
Nine Philippine Companies earn awards from UN Women and the EU for outstanding gender equality practices
08/03/2021
More women leaders in business “the best way” to boost recovery from the pandemic
11/12/2020
You are not alone! Call our helplines. A social worker will be on the other end to listen and help
26/11/2019
Journeys out of the Ordinary | Tasini
26/11/2019
Journeys out of the Ordinary | Carina
END_OF_DOCUMENT_TOKEN_TO_BE_REPLACED