A DREAM from the Heart

Port Moresby, Papua New Guinea — UN Women in PNG has launched a new song composed by Jobecca Watinga, a final year accounting Student at the University of Papua New Guinea. She wrote the song after attending one of Sanap Wantaim’s campaign concerts on promoting Port Moresby as a safe city for women and girls. “I am from a loving Christian home, where its peaceful with no exposure to violence. However, this is not the same for many. The song is about the dreams of many young girls in Papua New Guinea (PNG) for the future we want, a safe violence free society”, said Jobecca. Through this song Jobecca wants to raise awareness on ending violence against women and girls and making our communities safer.

The girls from Marianville Secondary School who first listened to the song during one of Sanap Wantaim campaign activities, were touched by the lyrics since it also reflects their dream of a safe city where they can freely move around without fear of intimidation or harassment. They have joined forces with Jobecca through this song to show solidarity for ending violence against women and girls. The launching is part of UN Women’s 16 days activism against gender-based violence. 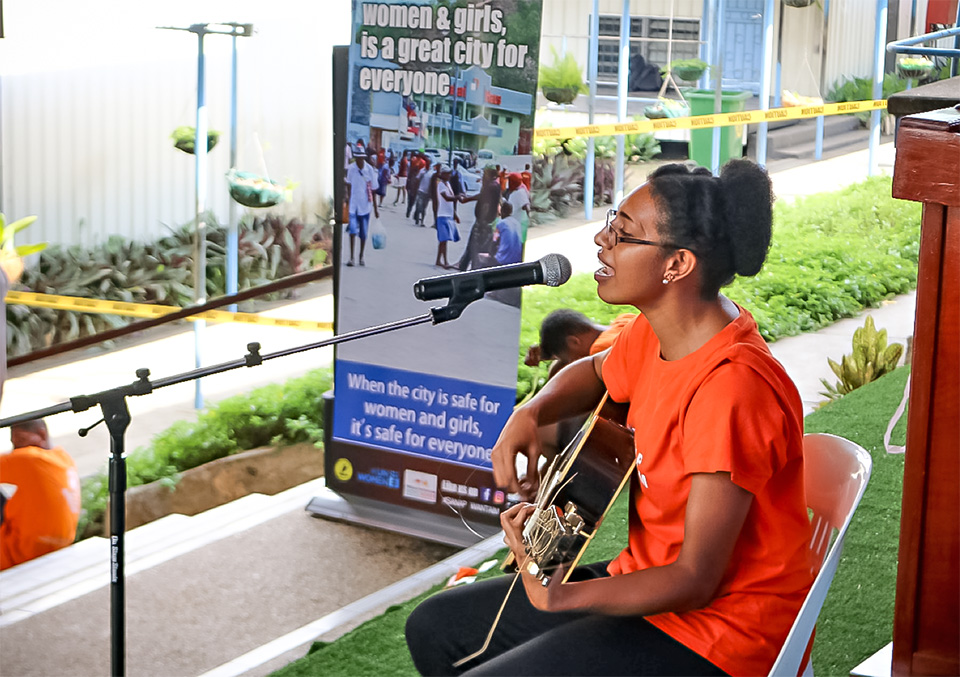 The campaign, SANAP WANTAIM – STAND TOGETHER, seeks to bring men and women, boys and girls, as allies and partners in making the city of Port Moresby safe for everyone. It is funded through the generous support of the Australian Government.

Related News
24/05/2022
Women seeking refuge from violence at UN Women supported safe houses
24/05/2022
A vendor rebuilds her livelihood after COVID 19 lockdowns
03/12/2021
Take five: “Don’t focus on yourself as the leader, but look at others and improve their lives.”
03/12/2021
UN Women helps market vendors in Papua New Guinea rebound from the pandemic
23/11/2021
From where I stand: “Men can positively change.”
END_OF_DOCUMENT_TOKEN_TO_BE_REPLACED