Rakiraki, Fiji — “Leadership isn’t easy, you have to be respectful and humble. It takes a strong heart,” explains Nausori Market Vendors’ Association President Venina Korovusere to representatives from Finland, Iceland, Singapore, Germany, United States and several other UN Women National Committees who were in Fiji for the Global National Committees’ Meeting last month. 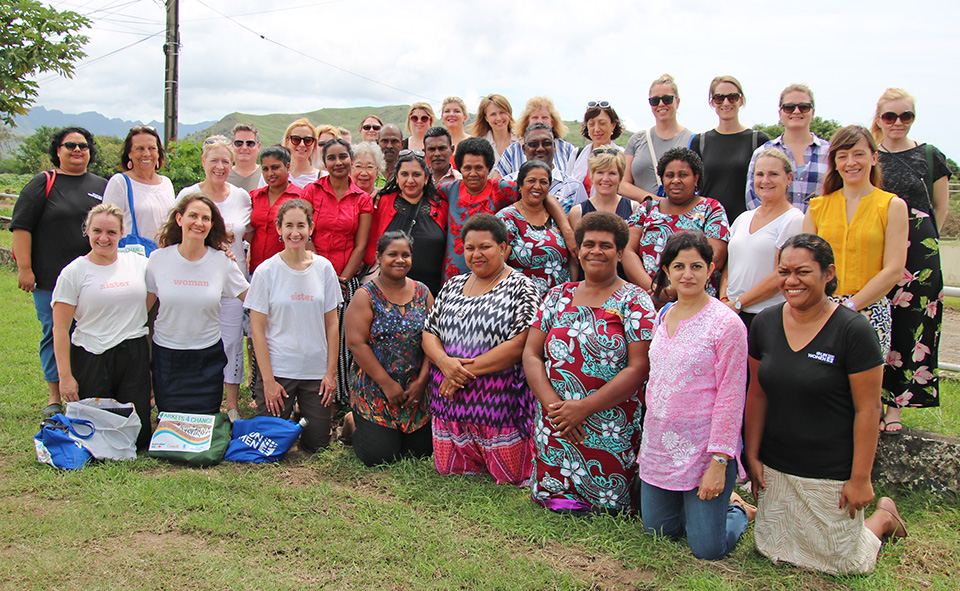 Hosted by the UN Women National Committee Australia, the meeting brought together staff from UN Women Headquarters, UN Women Fiji Multi-Country Office and National Committees around the world in Fiji for a week. During the week there were visits to UN Women’s Markets for Change project site at Nausori Market and Rakiraki Market, the UN Women Fiji MCO head office in Suva, and the House of Sarah that works in partnership with UN Women’s Ending Violence Against Women and Girls (EVAWG) programme.

“This decision (to host the meeting in Fiji) was made because we want to showcase – for colleagues around the world - the pioneering work that UN Women is doing in the Pacific along with highlighting the success of the Australian Government’s strong support in the region, especially the gender focus that Australia applies to its aid and development work,” said UN Women National Committee Australia Executive Director, Janelle Weissman.

UN Women’s Markets for Change project is a multi-country initiative that aims to ensure marketplaces in rural and urban areas of Fiji, Solomon Islands and Vanuatu are safe, inclusive and non-discriminatory, promoting gender equality and women’s empowerment. Markets for Change is principally funded by the Australian Government, and since 2018 the project partnership has expanded to include funding support from the Government of Canada. UNDP is a project partner.

In Rakiraki, it was stories of resilience, strength and leadership as the international visitors heard from the Market Vendor Executives, led by President Varanisese Maisamoa, on how they have recovered and rebuilt since Tropical Cyclone Winston devastated the country, including their farms and the Rakiraki market, in February 2016.

The National Committees’ delegation also visited the new FJD$5.8 million market building in Rakiraki which is in the final stages of construction, made possible through support from the Markets for Change project and the Fiji Government, and designed to withstand Category 5 Cyclones, with an accommodation and Handicraft Centre. 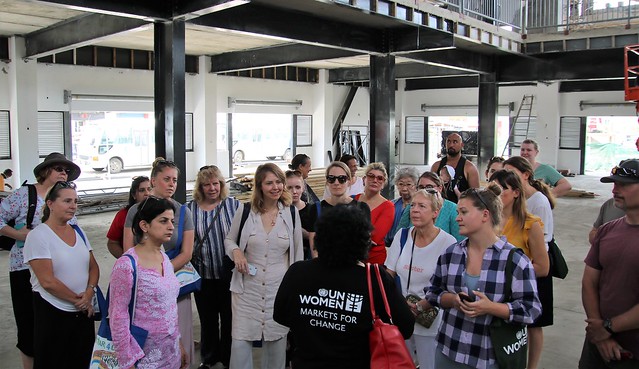