Kathmandu, Nepal — All seven Provincial Assembly buildings across the country were lit up in orange to commemorate the International Day for the Elimination of Violence against Women on 25 November, the first day of the global 16 Days of Activism against Gender-Based Violence Campaign. Events were organized by the United Nations Country Team (UNCT) Nepal and the International Development Partners’ Group, in collaboration with the seven Provincial Assemblies. 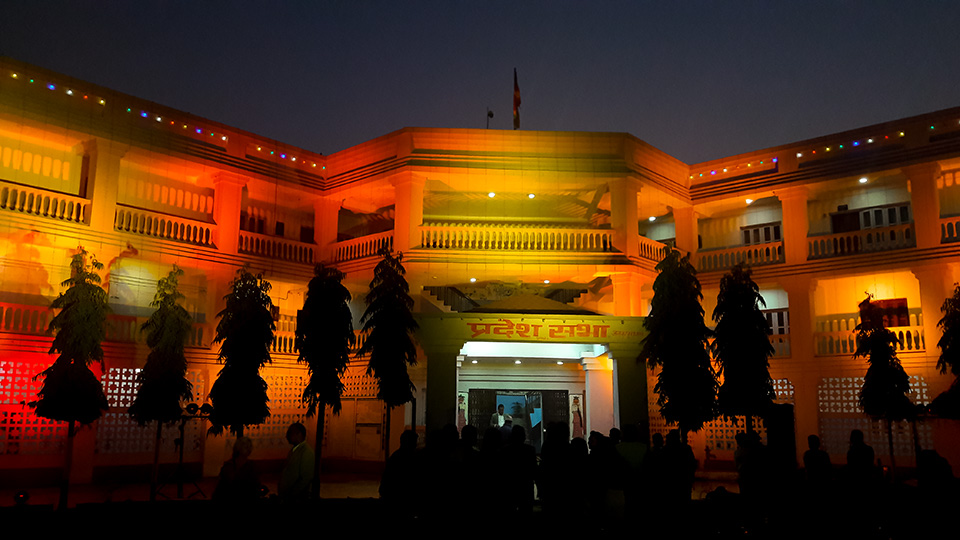 The Provincial Assembly Building in Province 2 lights up in orange on 25 November to commemorate the International Day for the Elimination of Violence against Women and the beginning of 16 Days of Activism against gender-based violence. The campaign started with interaction sessions with Provincial Assembly members followed by Oranging of Provincial Assembly buildings in all seven provinces of Nepal simultaneously. Photo: UNFPA/Santosh Chhetri

“We must shed a light on the actual prevalence of violence and make sure that reporting increases,” said Chief Minister of Gandaki Province, Prithvi Subba Gurung. In Nepal, gender-based violence often goes unreported due to the shame and stigma surrounding it.

According to the Nepal Demographic Health Survey 2016, 22 per cent of women aged 15 to 49 acknowledge experiencing physical violence. “The low figures do not mean there is less violence, but that the violence is not exposed,” Gurung added, while addressing the Provincial Assembly members. 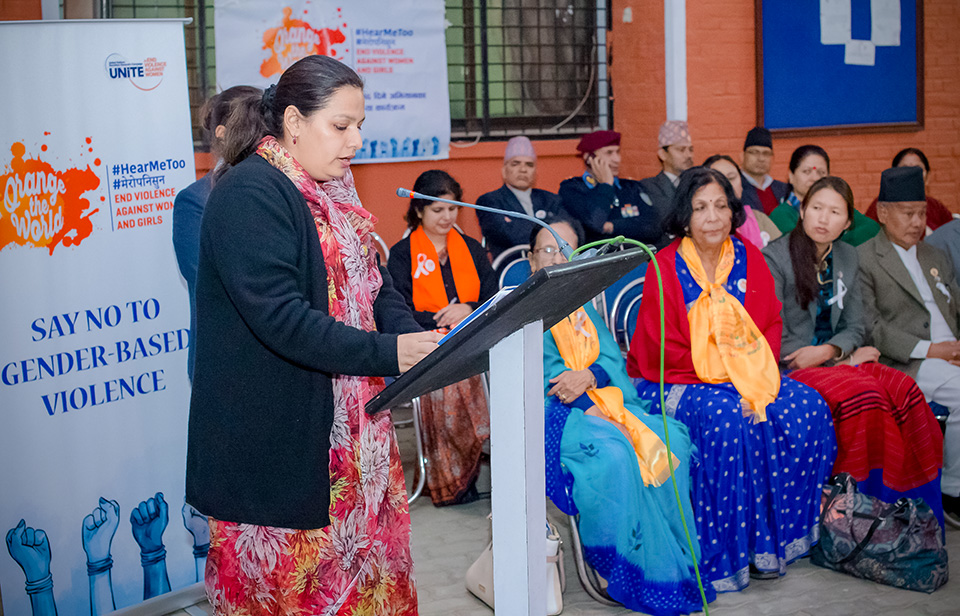 UN Women Nepal’s Deputy Representative Gitanjali Singh speaking during interaction programme in Province 3. In her remarks she focused on the need to collaborate with different stakeholders to change discriminatory norms and practices to shift the power imbalance. Photo: UN Women/Nabin Regmi

This year’s campaign theme— “Orange the World: #HearMeToo”— is a call to listen to, and believe, survivors and to end the culture of silencing and normalization.

Speaking at the event in Gandaki Province on 25 November, Deputy Head of Delegation for the European Commission Zane Petre said: “Ending violence against women and girls is on top of the European Union’s global agenda, and we have joined hands with the United Nations to mobilize all efforts and actions in education, awareness-raising, prevention and delivering justice, to end gender-based violence.”

The events were financially supported by the Embassy of Switzerland/Swiss Agency for Development and Cooperation (SDC). Expressing her solidarity with the campaign, H.E. Elisabeth Von Capeller, Ambassador of Switzerland to Nepal, said the 16 days of Activism have “the extraordinary strength to unite all different kinds of stakeholders, make them aware and accountable in ending violence against women and girls. Committed to the elimination of all forms of discrimination, including gender-based violence, Switzerland is honoured to support such a campaign.”

Participants in the interactive programmes expressed their solidarity with the global campaign and committed to work together to improve the situation of women and girls in their provinces, calling for collaboration between provincial governments, the UN and development partners in addressing violence. 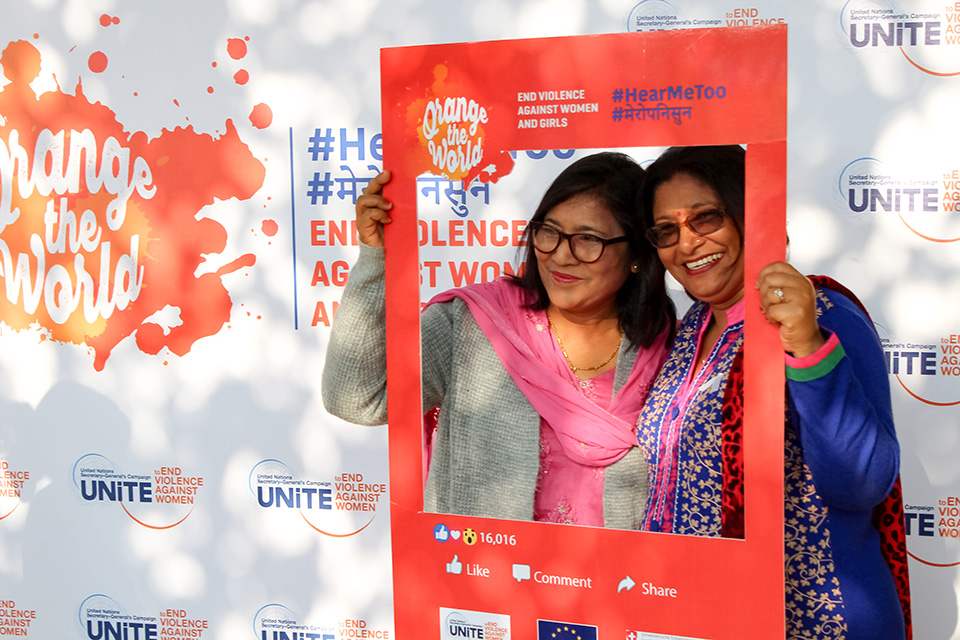 Nepal’s progressive Constitution, as well as the Civil Code adopted in 2018, ensure the rights of those affected by gender-based violence. But legislation is not enough, said Padma Khadka, Provincial Assembly Member of Karnali Province: “One of the major challenges to fighting gender-based violence is the lack of awareness about the laws that are currently in place. Laws alone do not solve the problem. What we need to focus on is their effective implementation.”

At an interaction in Karnali Province, Ayshanie Labe, Deputy Country Director of UNDP said: “Today’s discussions reveal that gender-based violence is a complex and multidimensional problem, embedded within the broader socioeconomic, political and cultural context. This calls for a multi-stakeholder approach to fight gender-based violence.”

Echoing this, Gitanjali Singh, Deputy Representative of UN Women Nepal, speaking in Province 3, said: “Ending violence against women and girls is not a short-term endeavour. It requires coordinated and sustained efforts from all of us. It is our responsibility to work together to change discriminatory norms and practices, to shift the power imbalance, and ensure that no one is left behind.”

Joining hands with the global UNiTE movement, the interactive programmes ended with the Speakers of the Provincial Assemblies lighting their respective buildings orange, symbolizing their commitment to work for a country in which gender-based violence is eliminated.

Related News
03/12/2021
From where I stand: “Do not wait for others to hand you your rights”
08/07/2021
Overview: In South Asia, COVID-19 deepens gender disparities
20/11/2020
What happened after COVID-19 hit: Nepal
24/08/2020
From where I stand: “I believe that violence against women is never okay. I do all I can to make sure it doesn’t happen.”
03/08/2020
UN Women and World Design Organization team up to develop innovative, human-centric design solutions to prevent violence against women and girls
END_OF_DOCUMENT_TOKEN_TO_BE_REPLACED