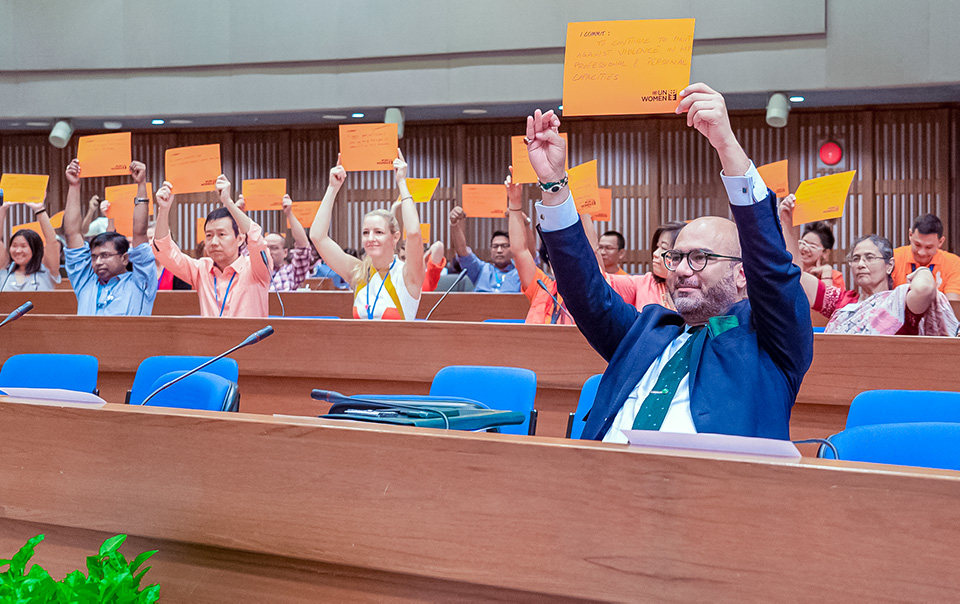 Bangkok, Thailand — Sexual violence remains prevalent and devastating, despite recent efforts around the world. More is needed to fundamentally change the narrative and make this violation of the rights of women and girls unacceptable, including commitments at work, in schools and in homes.

That was the key message underscored through deeply personal and powerful stories, a fireside chat with experts, and thrilling performances at the regional commemoration of the International Day for the Elimination of Violence against Women on the margins of the Beijing +25 Asia Pacific Ministerial Conference.

“We have to be a lot angrier about the situation of the epidemic of violence against women”, said Anita Bhatia, Deputy Executive Director of UN Women.

Worldwide, on average, one in three women experiences some form of violence or abuse during her lifetime. In many countries of the region, that figure is considerably higher.

To illustrate this statistic, every third person in the audience of 400 was invited to stand up by Anna-Karin Jatfors, Deputy Regional Director of UN Women Asia and the Pacific.

“If this room was all female, that would mean that a third of you will experience or have experienced some form of violence at some point in your life,” she said in her opening remarks.

“For the men in the room, think of all the women in your life. Imagine a third of those women experiencing physical or sexual violence at least once in their lives. The prevalence of violence is astronomical, and has real, devastating consequences.” 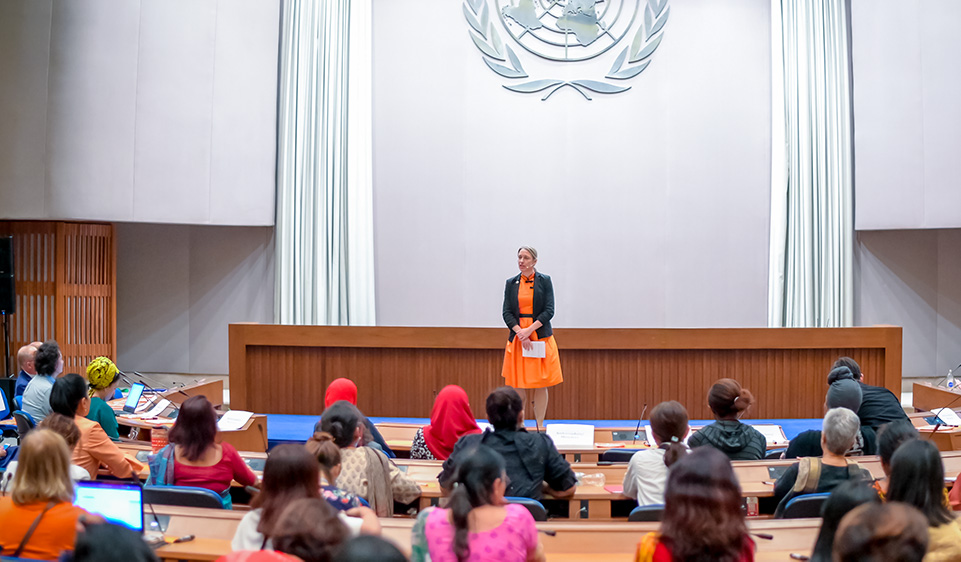 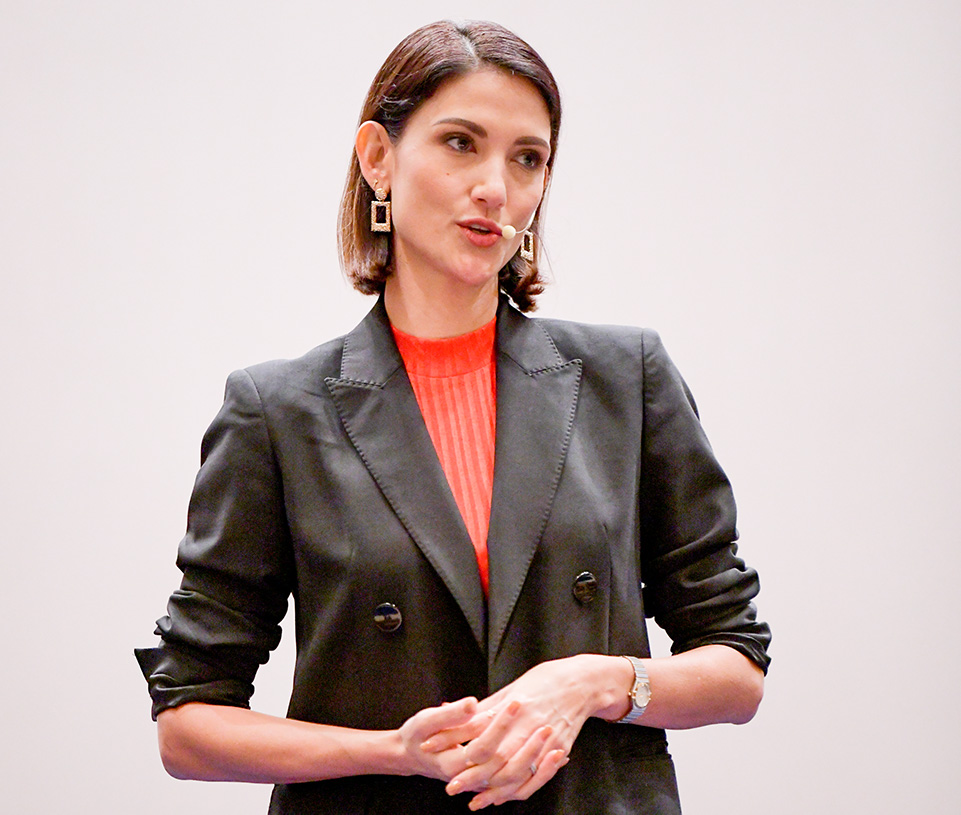 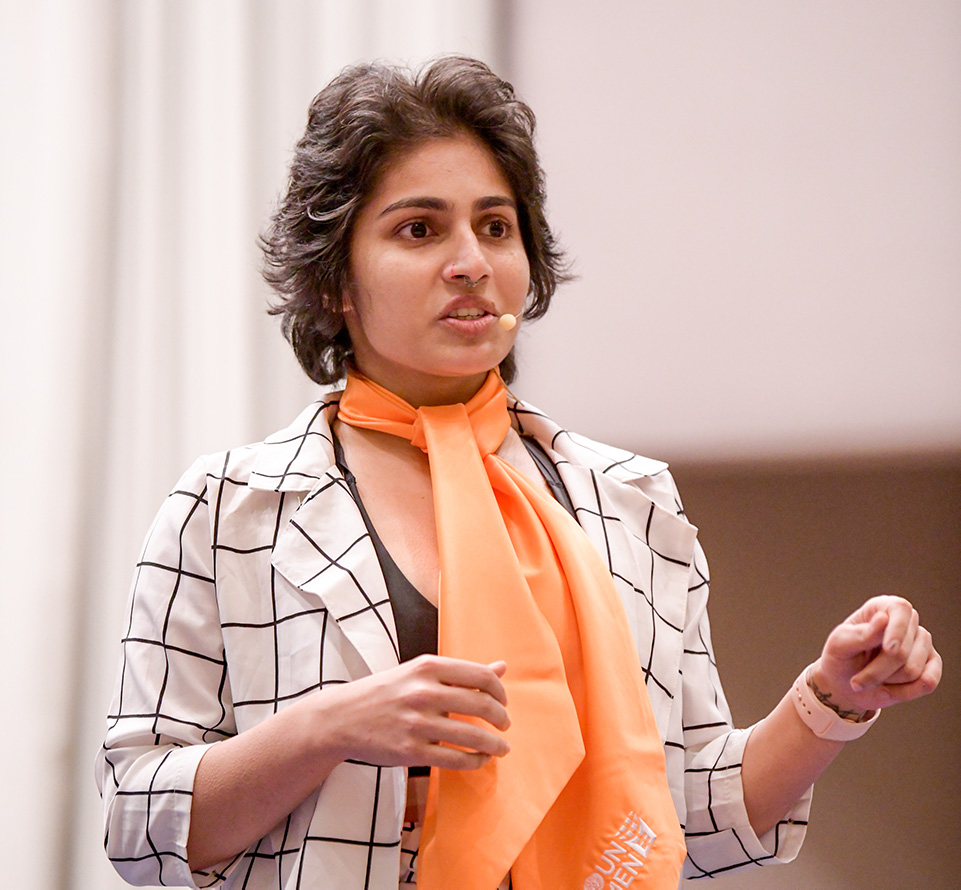 “Rewriting the narrative can be as simple as calling out sexual harassment when you hear it, not using language that objectifies women, or talking to your son about consent and respect,” said Cindy Bishop, TV host, model, actress, and founder of #DontTellMeHowToDress. “Every one of us has the power to make a difference and collectively write a new story of hope, healing, empowerment, and change.”

A fireside chat followed featuring Dubravka Simonovic, the United Nations Special Rapporteur on violence against women, its causes and consequences, and Deputy Executive Director Bhatia. Both highlighted the importance of early-age prevention and the need for institutions to adopt zero-tolerance for violence against women policies to show that violence of any kind will not be tolerated at any establishment. 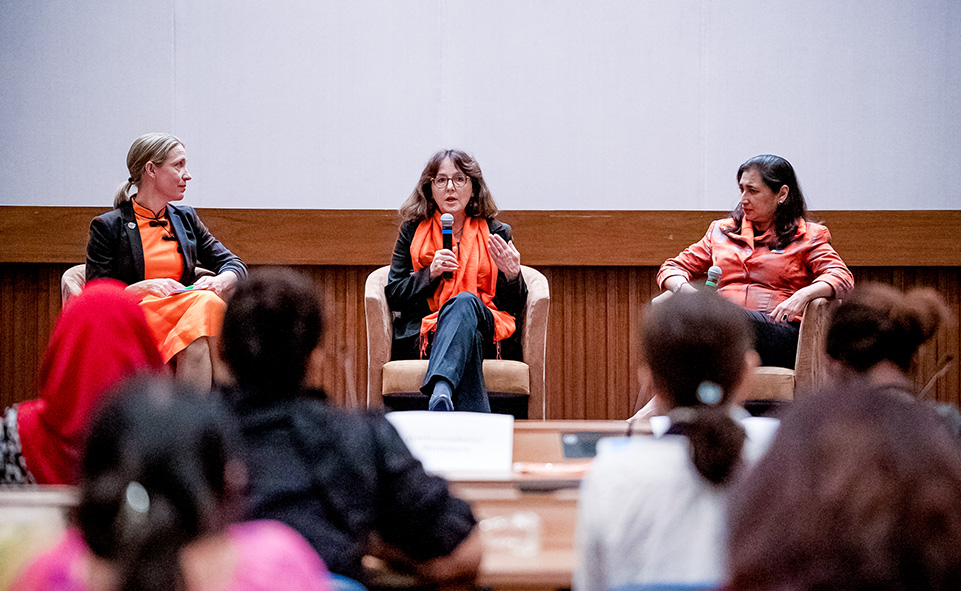 Thematic, artistic dancing and drum performances reflecting on the consequences of violence and the possibilities for empowerment got participants off their feet and encouraged them to challenge the status quo of violence against women. 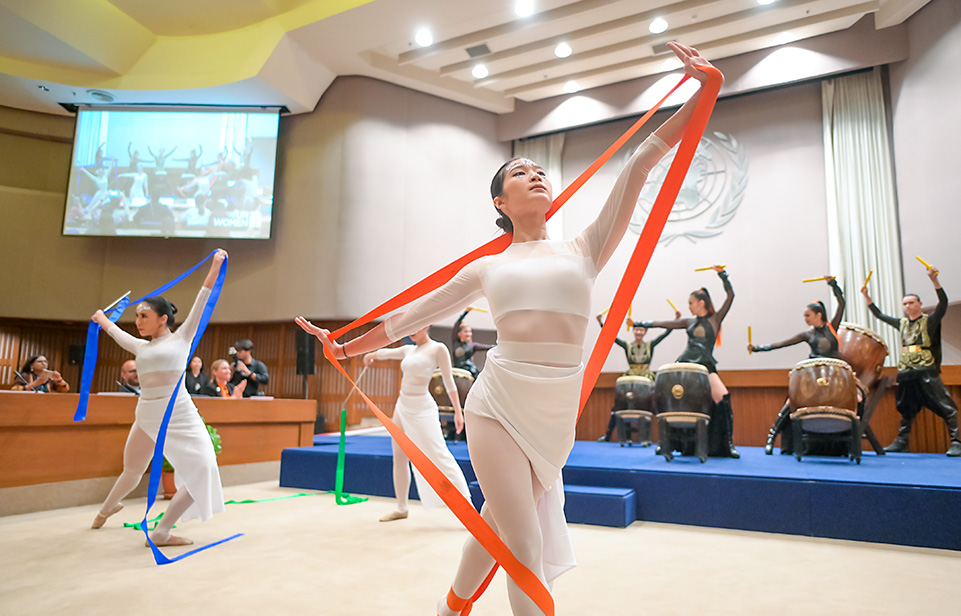 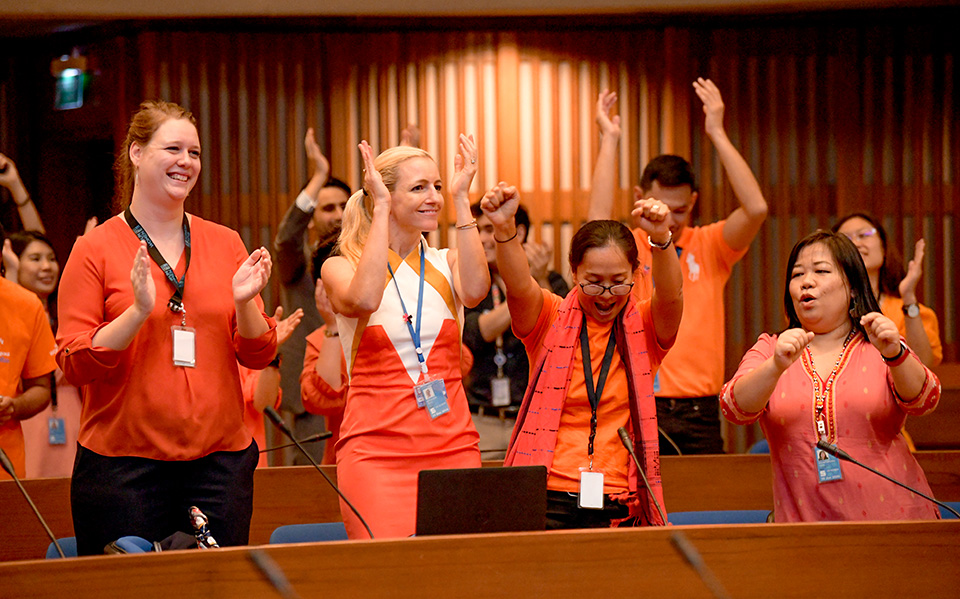 The event ultimately garnered concrete commitments toward fighting equality and violence on behalf of ministers, ambassadors, and members of civil society, including:

This year’s theme for the 16 Days of Activism against Gender-based Violence is Orange the world: Generation Equality Stands Against Rape. Orange refers to the colour of the campaign, used to drape public spaces or worn on clothing in solidarity. Generation Equality is a recent UN Women campaign in the context of the upcoming 25th anniversary of the Beijing Declaration and Platform for action, a landmark international agreement on women’s rights.

Given the alarming statistic that 15 million girls between the ages of 15 and 19 worldwide have been subject to forced sexual acts, the Generation Equality Stands Against Rape theme will be the focus of both 2019 and 2020 campaigns. 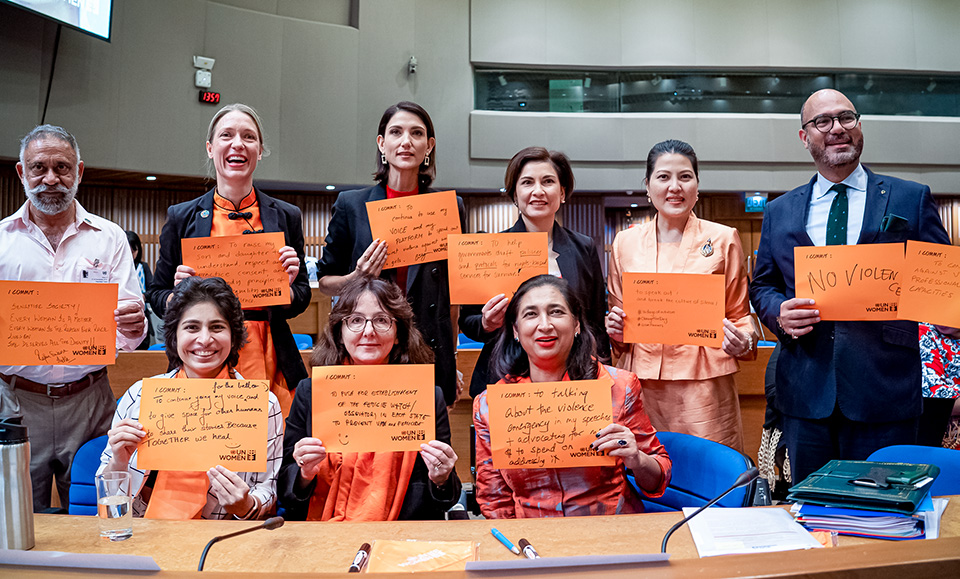 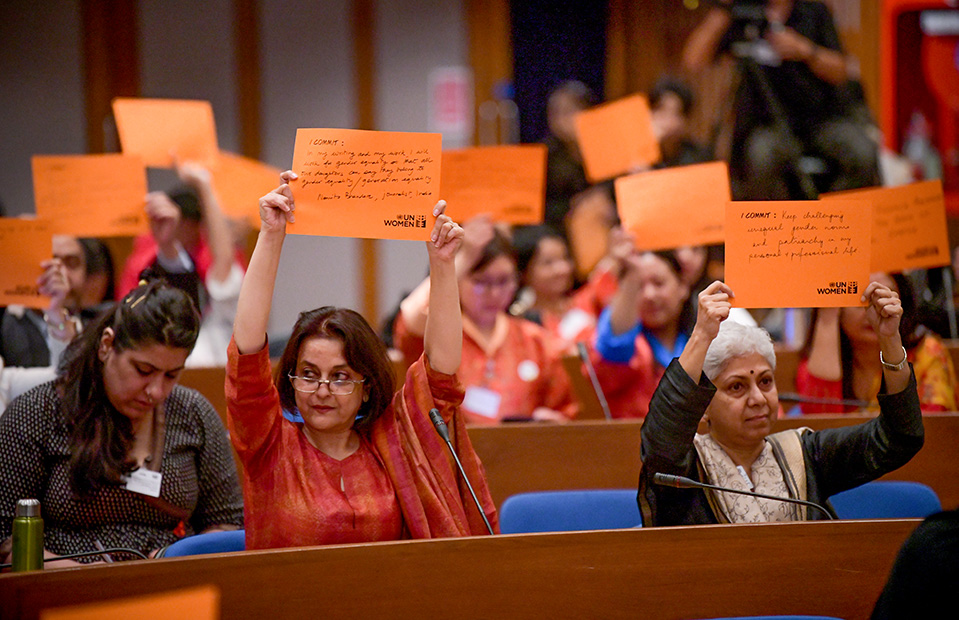 Associated participants of this event include:

16 Days of Activism is a UN Women international campaign challenging violence against women and girls held annually from November 25th, International Day for the Elimination of Violence against Women, until December 10th, Human Rights Day.

Related News
29/11/2019
Asia-Pacific countries adopt declaration to advance gender equality and women’s empowerment
20/11/2019
UN Women at the Asia-Pacific Ministerial Conference on the Beijing+25 Review and the 16 Days of Activism against Gender-based Violence
18/10/2019
25 years after the Beijing Platform for Action in Nepal: A time for celebrations and reflections for women’s progress
20/06/2022
In the words of Kaushalya Hapuarachchi
09/06/2022
UN Women Pakistan and Nishat Mills Limited join forces to promote gender equality and safer workplaces
END_OF_DOCUMENT_TOKEN_TO_BE_REPLACED