Turning the page on stereotypes at the Human Library event The event was hosted by UN Women in collaboration with Bangkok Rising, the Embassy of France, and the Embassy of the Netherlands was held at the Thai branch of the Alliance Française and was part of the 16 Days of Activism against Gender-Based Violence.

People from different backgrounds played the role of library books, each one holding a personal story about their experiences with inequality, stigma, and violence, and their motivations to advocate for positive change.

“This event is unique as it encourages us to bring stereotypes to light and to challenge them and eradicate them – not just in our discussions today, but also in our lives,” said Anna-Karin Jatfors, Deputy Regional Director of UN Women Asia and the Pacific in her opening remarks. “When our voices are loud and proud in saying no to discrimination, inequality, and violence, we are one step closer to a better world for all.” Artistic, thematic dance and drum performances illustrating the impacts of discrimination and violence and the empowerment that comes with solidarity welcomed guests to the event and set a tone of hope and change. During small-group discussions between the “books” and guests, “books” gave free and frank answers to questions in a judgment-free space, and guests were invited to confront and eliminate their own internalized prejudices and myths about individuals from different backgrounds with different identities. Guests selecting the “books” they would like to listen to. Photo: UN Women/Pathuumporn Thongking “Books” were a diverse group of individuals from different gender identities, racial and ethnic backgrounds, and social classes, all with different life experiences to share. These included survivors of sexual violence and human trafficking, individuals from the LGBTI community, and women from sports and the media, among others.

“Although I told a tough story in the end it was comforting and worth it,” said Lou, who told her story as an adoptee who has faced racism. “I feel so proud and honored that I could share my story. I felt truly listened to and understood.” “I could not have imagined a more precious, stunning, and well thought-out event,” said one guest. “Please keep doing this every year. I can’t wait to discover what kind of action such profound inspiration will create.”

These sentiments were echoed by both guests and those who played the role of “books”. Some described the conversations as “extremely powerful,” “very creative,” and “inspiring and heartwarming,” and said they left the event with renewed sense of courage and a desire to continue to break barriers in every day life. 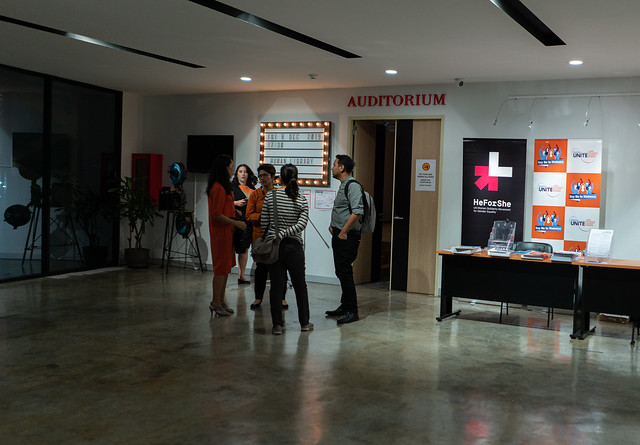