Take Five: “The future of fashion can belong to everyone”

Ankiti Bose is CEO of Zilingo, an online fashion retail business (B2B and B2C). She has been featured in the Forbes Asia 30 Under 30, Fortune 40 Under 40, and Bloomberg 50 lists. In visiting Chatuchak market in Bangkok, she noticed a gap in the fashion industry: while small- and medium-sized enterprises had a lot to offer and were hungry for growth, they were ill-equipped to scale up or to compete with global players without the right tools and software. She set out to level the playing field by starting Zilingo with Chief Technical Officer Dhruv Kapoor. In March, Zilingo formally committed to the Women’s Empowerment Principles (WEPs), which UN Women helped develop to promote fairness for women in the private sector. Bose, 28, is an Indian national now based in Singapore. 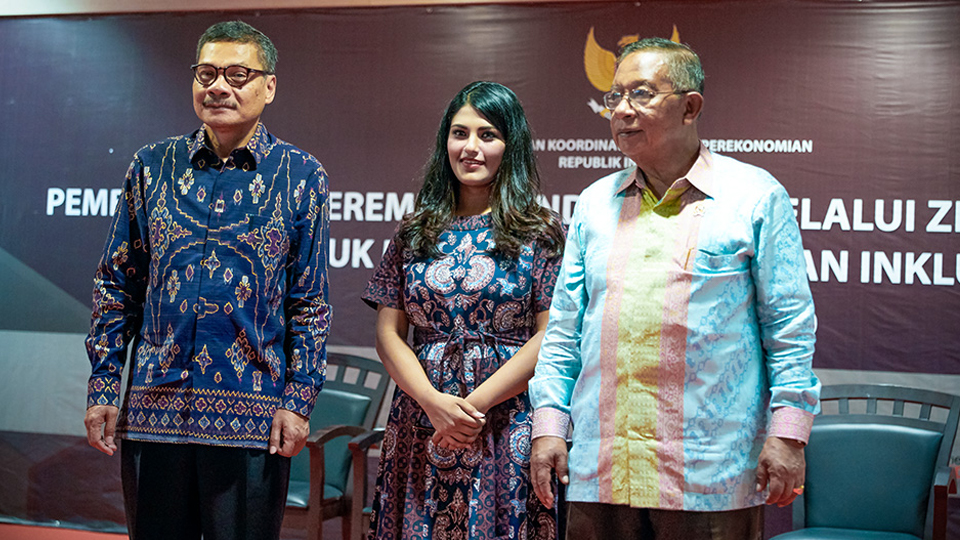 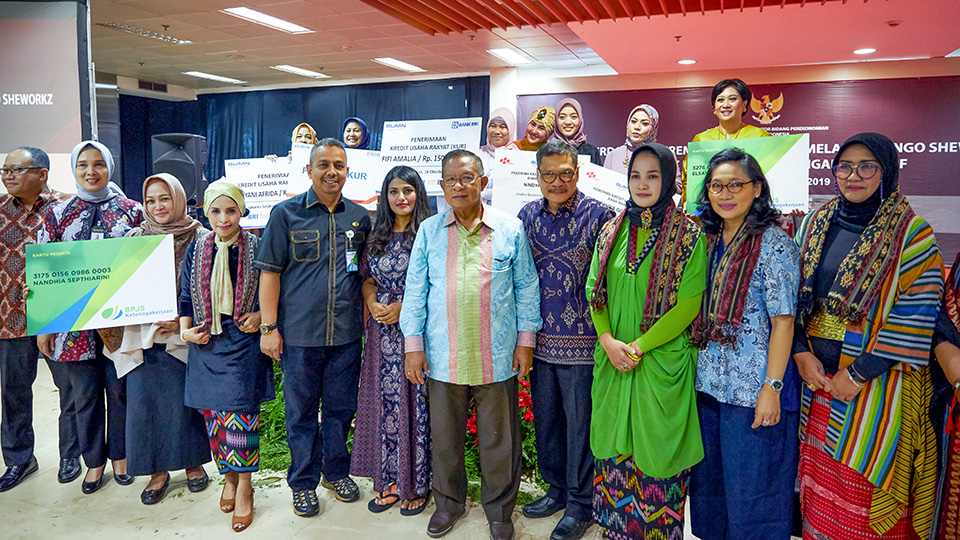 Ankiti Bose poses at the launch of Zilingo’s SheWorkz programme in Jakarta, Indonesia, on October 16, 2019. On her right is Iskandar Simorangkir, Deputy Minister for Macroeconomic and Financial Coordination, Coordinating Ministry for Economic Affairs of Indonesia. On her left is Darmin Nasution, the former Coordinating Minister for Economic Affairs. In the photo on the right, they are joined by members of the Indonesian fabrics and fashion group Komunitas Cinta Berkain Indonesia. Photos: Courtesy of Zilingo.

What was Zilingo's motivation behind signing on to the Women’s Empowerment Principles?

Why is it important for Zilingo to champion women’s empowerment?

There’s an ingrained cycle of social and financial disadvantage for women working in garment manufacturing. Employment conditions such as low pay, unpaid overtime and minimal flexibility impede women from attaining financial independence. Although women make up approximately 80 per cent of all garment industry workers, they have been undercompensated and underrepresented in the global economy.

We want to empower all players in the fashion supply chain by making it fair, connected and transparent so that everyone can stand to benefit from the industry.

What steps is Zilingo taking towards promoting gender inclusivity in the factories that you work with?

Our latest initiative is SheWorkz, which we announced in Indonesia in October 2019 and in Thailand in March this year. SheWorkz is focused on supporting women by giving them opportunities to learn new skills, access to financing and demand to be more economically independent.

The goal of the programme is to address the inherent obstacles women face to economic independence due to their domestic obligations -- making working at a factory impossible. We’re levelling the playing field for women in the garment manufacturing industry by allowing women to work flexibly, on their own terms, from the comfort of their homes. We’re doing this by creating a revolutionary ecosystem to connect skilled women workers to global demand on the Zilingo platform.

What are the challenges in promoting gender equality in the fashion value chain?

Across South and South-East Asia, manufacturers are under extreme pressure to keep costs low and deliver within tight deadlines. The lack of regulatory frameworks allows for them to operate in circumstances where gender discrimination and inequality persists. On top of having unequal access to financial and educational resources, women face a huge wage gap compared to their male counterparts. According to our research, women are paid 39 per cent less and often deal with workplace harassment and poor hygiene conditions.

What type of impact can we expect to see in terms of achieving gender equality in the fashion value chain?

Zilingo works with over 6,000 merchants ranging from factories to fabric mills and we’re working towards the implementation of universal social and environmental standards in these facilities. Our goal is to achieve gender equality not only at Zilingo’s offices but also on factory floors.

We aim to expand SheWorkz’s reach to upskill over 2,000 women in countries such as India, Bangladesh, Viet Nam and Cambodia by 2022.

Every business should be a part of the journey towards gender equality and we believe it can happen with the combined efforts of merchants, factories, consumers and organizations. The future of fashion can belong to everyone and we are on our way to achieve that goal.

If you're in #Bangkok tomorrow (10 March), join #WeEmpowerAsia🇪🇺🇺🇳 at the #PearlBangkok for “Women • Empowerment • Economy” #IWD2020 Talk, a @Zilingo-event with inspiring change-makers on gender equality💯. See YOU there! #SheWorkzTH@EU_Commission #EqualityMeansBusiness pic.twitter.com/f1T20638tP