From where I stand: “With women’s engagement — peace has a chance to return to Patikul, Sulu” 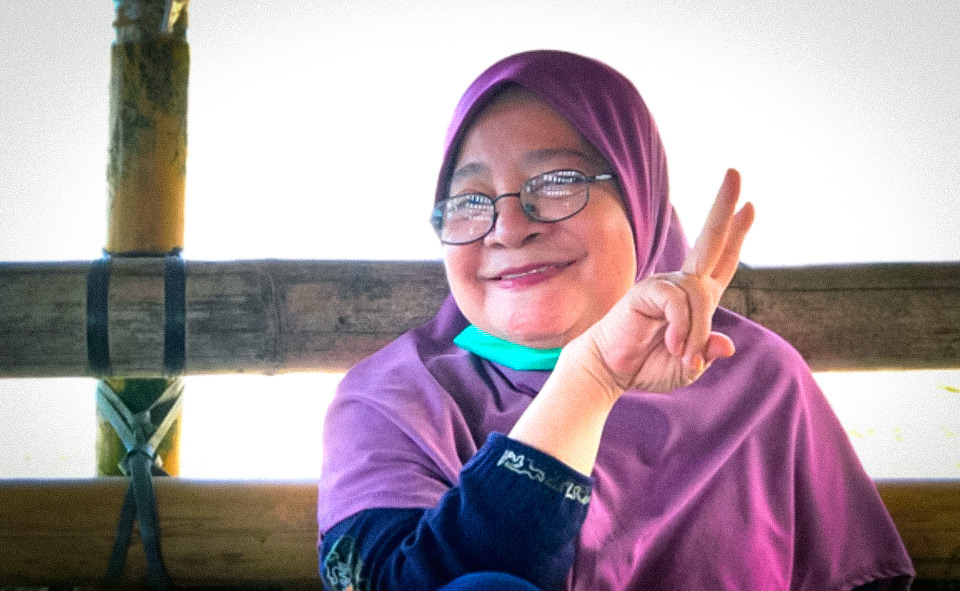 Through my peacebuilding work in Sulu, I connect with many different people, especially from conflict-affected and displaced communities. I am fortunate enough to have visited their homes, caught a glimpse of their lives and thus appraised their unique situations, which enables me to support them in a targeted way, and to recognize that there is a chance for peace to work. The trust that the community places in me, and the respect that they see that I have for them, allows me to work on sensitive issues, such as the reintegration of combatants into the community.

In that regard, let me mention Matawkasi Inc., a women’s non-profit organization that I head, which has been working in Patikul for many years. It is a very dangerous place, and faces challenges linked to the presence of the Jihadist militant group, the Abu Sayyaf Group. Many development and humanitarian workers fear this place, and the military has not cleared certain areas of Patikul to allow the return of internally displaced persons (IDPs).

But I remain steadfast in my belief that as long as conflict reigns in Patikul, other places will face disruptions and unrest too. Matawkasi has been partnering with the Armed Forces of the Philippines to cultivate understanding and trust between the military and the community to rebuild social cohesion, including raising awareness about IDPs returning to their farms and about the economic vulnerability of IDPs being exploited by violent extremist organizations.

My long-standing work in Patikul has given me insight on how women use creative approaches to bring people with divergent views together, to facilitate difficult conversations and to build bridges between communities. Although many stakeholders need to play a role to bring about peace in the community, from community officials to grassroots actors, I can say unequivocally that women in particular are playing a crucial role in building peace in Sulu.

An important part of my work at Matawkasi and that of our members is our interaction with several cohorts of active women. These include the women who are Punong Barangays (Village Chairpersons) who take the lead in the affairs of their communities; women members of the Lupon Tagapamayapa (Justice of the Peace) who resolve community conflicts; women peacekeepers of the Barangay Peacekeeping Team, including in top operational roles; and women civil society and grassroots organizations that build community trust and resilience.

I am speaking both about my cohorts at Matawkasi Inc. and other women peacebuilders in Patikul when I say that we are constantly navigating dangerous conditions when undertaking our work due to the overall security situation. We are exposed to real life threats, ambushes and harassments. But we are committed to our vision of bridging the divides and to the community, and we know that as long as there is conflict in Patikul, other places will also face disquiet.

It is important that government officials and community leaders understand and support the work and contribution of women peacebuilders, as it is their work that enables communities to resolve conflicts by non-violent means, to address underlying socio-economic issues and to forge a path toward durable and sustainable peace.

The peacebuilding work I have undertaken through Matawkasi Inc. to bridge the many divides in Patikul is crucial, but sometimes it is not visible in the same way that, for example, a water project is. This can create difficulties for my organization when raising political and financial support for peacebuilding activities. One lesson I have learned: we must create awareness on the importance of building community cohesion and preventing conflict before it occurs. To overcome these challenges in part, my vision is to build partnerships and networks with other civil society organizations. Through these partnerships, we are able to build on each other’s strengths and deliver for the community.

My vision for Patikul Municipality is for people to live peacefully, residing in their barangays (villages) without the threat of conflict and displacement; for people to have access to sustainable livelihoods and services; and to be supported by functioning government institutions and a vibrant civil society to further develop their communities thereby ensuring a place for everyone."

Mercia Salarda Alli leads Matawkasi, Inc., a women’s organisation working to build sustainable peace in Patikul. Ms. Alli and her organisation continues to cultivate greater understanding and trust between civilians and the military operating in Patikul, including by facilitating discussions between soldiers and civilians, and helping soldiers to be community-oriented and responsive to the needs of women and girls. Ms. Alli’s story relates to Sustainable Development Goal (SDG) 16, which aims to promote peaceful and inclusive societies, and SDG 5 on gender equality and women’s empowerment.