What is Peace Village?

In 2017, under the ‘Empowered Women, Peaceful Communities’ programme, UN Women Indonesia, in partnership with the Wahid Foundation, developed the Peace Village concept. Through this process, prospective villages across Java agree to a set of commitments designed to prevent violence, promote tolerance, and advance social cohesion.

The Peace Village is a community-based initiative to enhance women’s leadership and participation, focusing on their potential role as peace agents. It centres on the women’s empowerment approach to conflict prevention to support the community in identifying early warning signs of radicalization and intolerance, promoting women’s voice and agency through economic empowerment and livelihood opportunities, and building their capacity to address communal conflicts.

Read more about stories of inclusion, empowerment, and leadership of ten women in Peace Villages that reflect women’s essential roles as active agents of peace and promoters of diversity in their local communities here through the interactive storybook:

The first phase (2017-2019) of the Peace Village initiative received strong support from Indonesian President Joko Widodo. As a result, ten villages in Indonesia declared themselves ‘Peace Villages,’ demonstrating a strong commitment of the village stakeholders to achieving pre-developed indicators of a peaceful village with women’s leadership and active participation.

As a follow-up to this work, UN Women, in close collaboration with the United Nations Office on Drugs and Crime (UNODC) and UN Development Programme (UNDP) in Indonesia, strengthened the Peace Village initiative under the Guyub Project (2019-2022) in the second phase. UN Women led the work to deepen the substantive work in the existing four Peace Villages in East Java – Prancak, Sidomulyo, Candirenggo, and Guluk-Guluk. During this phase, the project focused on developing the Peace Village Action Plans driven by the women-led working group (Pokja), better aligning the project with local government efforts toward building social cohesion and adding new components on women’s access to justice.

Since then, UN Women has worked closely with Wahid Foundation to deepen and expand the Peace Village Concept with increased support from various donors and partners at the regional and country levels to empower women to build peaceful and resilient communities and support a gender-responsive approach to conflict prevention.

To date, 20 villages have declared themselves as ‘Peace Villages’. Furthermore, Indonesia’s National Counter Terrorism Agency (BNPT) stated that they consider the Peace Villages model a concrete programme action to promote community resilience, which is key for the implementation of implementing the National Action Plan on Preventing and Countering Violent Extremism that leads to Terrorism 2020–2024.

Watch the mini-documentary to learn more about the impact of Peace Village in East Java: 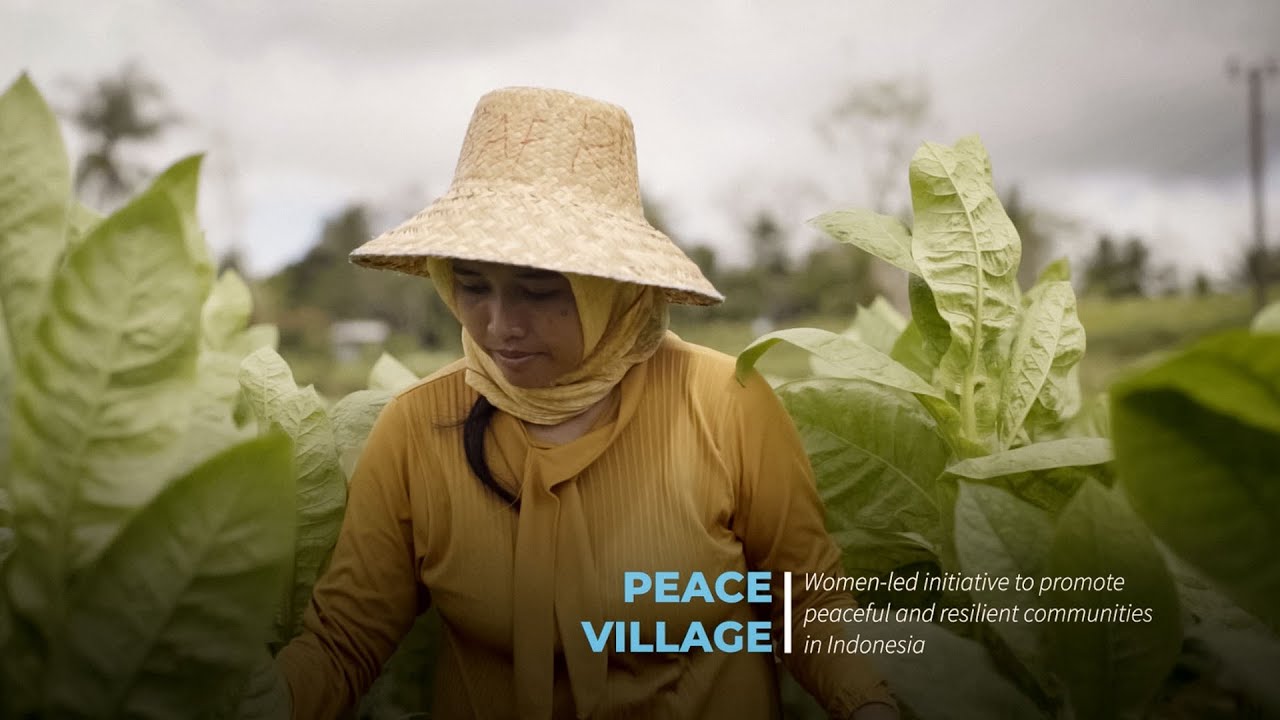 With the achievements of the Peace Villages since 2017, including the successful engagement of women in COVID-19 prevention and response in 2020, in addition to the need for wider intervention, UN Women commissioned an independent review and scoping study of the Peace Villages Initiative. The study aims to share key insights on the importance of formulating a prevention of violent extremism strategy and provide a geographical analysis of violent extremism and how the Peace Villages have placed women at the centre of community-based solutions. This was attained by reviewing the Peace Villages initiative and expanding the scoping study for the Peace Village initiative outside of Java Island to increase the number of villages engaged in the project. It also presents a proposed methodology to support expansion in these and other future project locations.

Learn more about the policy recommendations for the Peace Villages concept through the publication below:

Download: Review and Scoping Study of the Peace Villages Initiative in Preventing Violent Extremism in Indonesia