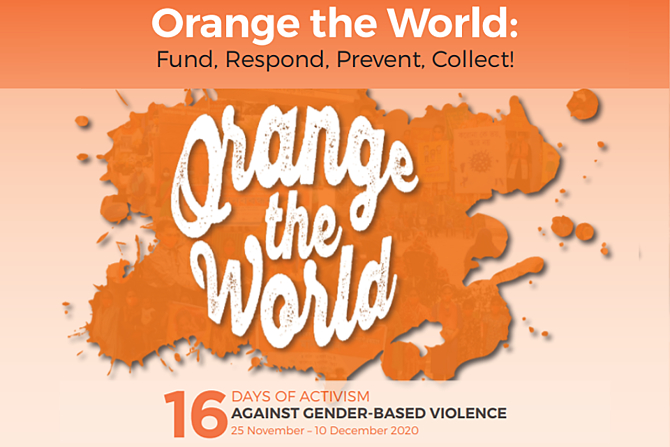 Violence against women and girls (VAWG) may be the most widespread violation of human rights worldwide, globally affecting one in three women in her lifetime, with most of this violence perpetrated by an intimate partner.[1] In Asia and the Pacific, VAWG remains unacceptably high and severe. Over 37 per cent of women in South Asia, 40 per cent of women in South East Asia and 68 per cent of women in the Pacific have experienced violence at the hands of their partners.[2] VAWG is a major impediment to women’s empowerment, gender equality and the realization of the Sustainable Development Goals.  VAWG devastates lives, fractures families and communities, and stalls development. Women are vulnerable to violence as a result of multiple and intersecting forms of discrimination and inequalities, including age, ethnicity, caste, poverty, class, sexual orientation, gender identity, disability, religion, indigeneity, nationality, immigration status and other.

Violence against women and girls takes many forms that include, but are not limited to:[3]

Violence against women and girls has devastating physical, emotional, financial, and social impacts on women, children, and communities. For instance:

Violence against women and girls is a major impediment to women’s economic empowerment and sustainable development. Violence, both at home and at the workplace, carries varied and considerable costs to affected individuals, their families, communities, businesses and societies. The costs of violence against women include lost productivity, costs for police and justice agencies, health care, social protection, welfare and education systems. Globally, VAWG is estimated to cost countries up to 3.7 per cent of gross domestic product (GDP) due to loss of incomes, opportunities and workplace productivity.[6] Intimate partner violence has been calculated to cost the world economy more than USD $8 trillion a year.[7] In Viet Nam, the persistence of intimate partner violence has resulted in a total loss of earnings equivalent to an estimated 3 per cent of the country’s GDP. In Bangladesh, the cost of violence against women for individuals and families was estimated to 2.1 per cent of the GDP or US$ 2.3 billion per year.[8] Women who experience intimate partner violence are more likely to be in part-time and vulnerable work and their earnings are 60 per cent lower than women who do not experience violence.[9] Women subjected to violence experience a in loss of income and increased personal costs, due to the cost of seeking assistance and days off work. 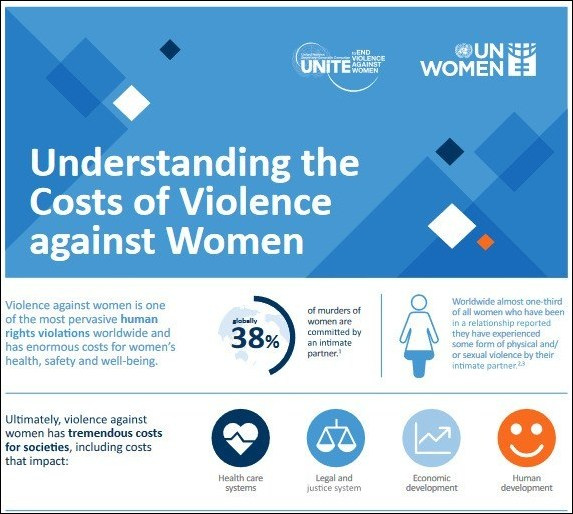 In Asia and the Pacific, 31 out of 39 countries have laws against gender-based violence, yet it remains widespread, especially among spouses and intimate partners. Thirty-eight per cent of women experience violence during their lifetimes. The vast majority of cases go unnoticed, unreported and unpunished because of cultural acceptance, inadequate resources, and limited capacity or willingness of service providers to enforce the laws.

Addressing Violence against Women during the COVID-19 Pandemic 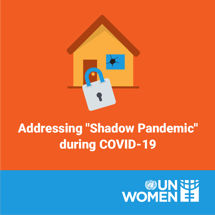 The UN joint statement on the delay of the passing of the sexual violence bill (RUU TPKS)
From where I stand: “Do not wait for others to hand you your rights”
“I believe growth in our society can only begin by listening to each other”
“I have the power to do more, to learn more, and I have the ability to affect my community.”
“I think as an individual I want to work towards creating safe spaces for everyone”
END_OF_DOCUMENT_TOKEN_TO_BE_REPLACED