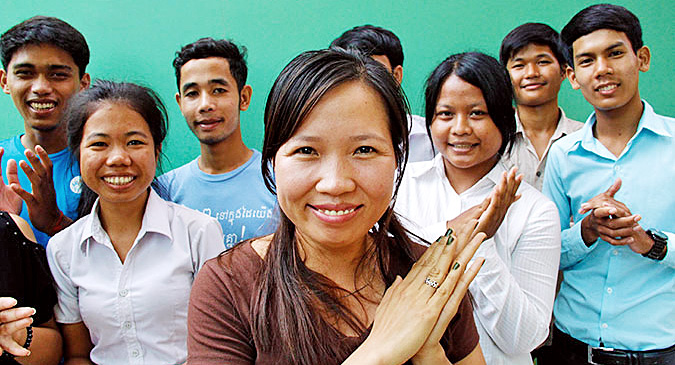 Cambodia is a country emerging from conflict. In the past decade some progress has been achieved through interventions by government, civil society and international agencies, but it remains one of the poorest countries in Asia Pacific region. Given this context, the challenges to gender equality in Cambodia remain those related to poverty, including maternal mortality, illiteracy, violence, trafficking and unsafe migration. Discriminatory attitudes and norms present further obstacles in achieving gender equality.

Although Cambodia ratified CEDAW in 1992, implementation has remained slow until recently. Since 2001, however, gender equality efforts have been gaining momentum and receiving national endorsement, beginning with efforts to engender the 2003-2005 National Poverty Reduction Strategy (NPRS). Currently, the Ministry of Women’s Affairs (MoWA) and the Cambodia National Council for Women (CNCW) make up the national machinery for the promotion of gender equality and the empowerment of women. MoWA recently launched its 3rd Strategic Plan, Neary Rattanak III (2009-2013), focusing on economic empowerment of women, gender equality in education, legal protections, public health issues, including HIV/AIDS prevention and care, and women’s political participation. MoWA also prioritizes CEDAW implementation and mainstreaming gender equality into the general policy framework.

More about UN Women in Cambodia

About UN Women in Cambodia
Up one level
news

Strengthening Collaboration to Advance Gender Equality and Human Rights
16 days in PNG: Raising the voices of women living with HIV
Take Five: "I am also your child, and you should treat me equally."
The Governance of Labour Migration in South and South-East Asia (GOALS) Programme Supports Sustainable and Inclusive Labour Migration Governance Frameworks in the Region.
Statement of the Regional UN Network on Migration on International Migrants Day 2022
END_OF_DOCUMENT_TOKEN_TO_BE_REPLACED 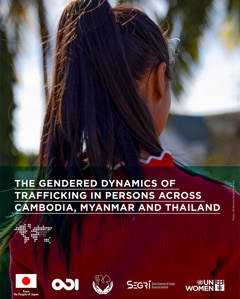 This report aims to fill these gaps. It brings together a wide-ranging literature and policy review and primary qualitative data to provide insights into how gender and trafficking intersect across Cambodia, Myanmar and Thailand... More

#HeForShe in Asia and the Pacific

Join men in Asia and the Pacific on HeForShe... Sign-up Now!