To raise awareness and trigger action to end the global scourge of violence against women and girls, the UN observes International Day for the Elimination of Violence against Women on 25 November. The 16 Days of Activism against Gender Violence which follow (ending on 10 December, Human Rights Day) are a chance to mobilize and raise awareness. 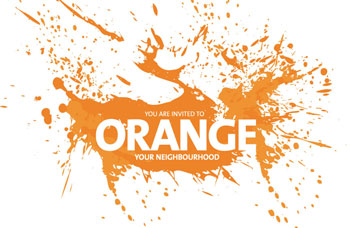 This year, the UN Secretary-General’s UNiTE to End Violence against Women campaign invites you to “Orange YOUR Neighbourhood,” with the colour designated by the UNiTE campaign to symbolize a brighter future without violence. Organize events to orange your local streets, shops and schools! 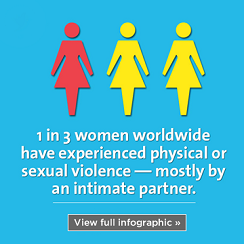 Sobering numbers show that 1 in 3 women have experienced physical or sexual violence, mostly by an intimate partner; about 120 million girls have been forced into intercourse or other sexual acts at some point in their lives; and 133 million women and girls have undergone female genital mutilation.

Ending violence against women is one of UN Women’s key priorities, with myriad programmes to address the pandemic globally. UN Women also coordinates the UN Secretary-General’s UNiTE campaign, supports widespread social mobilization through its Say NO – UNiTE social media platforms on Facebook and Twitter, and manages the UN Trust Fund to End Violence against Women. 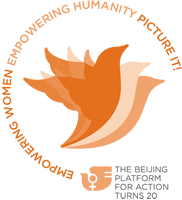 At the 1995 Fourth World Conference on Women, UN Member States adopted the path-breaking Beijing Declaration and Platform for Action, taking up the global call to end all forms of violence against women and girls by highlighting violence against women as one of 12 critical areas of concern. They recognized that violence is one of the main mechanisms denying women equality, and that it imposes high social, health and economic costs.

Since Beijing, an historic two-thirds of countries have put laws on the books to stop domestic violence. Advocacy campaigns around the world have heightened awareness and galvanized actions to stop violence. Yet gaps in laws, implementation of legal protection and essential services remain. Momentum has begun, but needs to rapidly accelerate.

This year, as we near the 20th anniversary of Beijing, we take a look at how violence is not only an area of concern in its own right, but one which cuts across and intersects with each of the critical areas of concern.