Home to approximately 60 percent of the world’s population, the Asia-Pacific region is culturally, politically and economically diverse, with little sense of shared regional heritage beyond the respective sub-regions of South Asia, East/Southeast Asia and the Pacific. In spite of this diversity, the region shares common challenges of migration, increasing socio-economic disparities, a rise in catastrophic natural disasters, and diverse cultures with entrenched cultural norms which perpetuate gender-based discrimination and makes combating violence against women a continued challenge. Internal and cross-border conflicts and limited rule of law in more fragile states impact livelihoods in several countries across the region; while the risks of climate change threaten island states and coastal areas.

The work across the Asia-Pacific portfolio may be summarised as follows:

Strengthening Collaboration to Advance Gender Equality and Human Rights
16 days in PNG: Raising the voices of women living with HIV
Take Five: "I am also your child, and you should treat me equally."
The Governance of Labour Migration in South and South-East Asia (GOALS) Programme Supports Sustainable and Inclusive Labour Migration Governance Frameworks in the Region.
Statement of the Regional UN Network on Migration on International Migrants Day 2022
END_OF_DOCUMENT_TOKEN_TO_BE_REPLACED 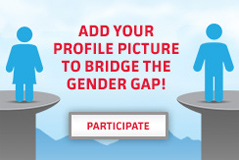