Thailand has legally advanced women’s rights and gender equality through its ratification of the Convention on the Elimination of All Forms of Discrimination Against Women (CEDAW) in 1985 and its Optional Protocol in 2000, endorsed the Beijing Platform for Action (BPFA) in 1995, and committed to the Sustainable Development Goals (SDGs) in 2015. Thailand has made significant efforts to integrate the international principles and instruments into legislation and policy, evident in the Constitution of the Kingdom of Thailand B.E. 2560 (2017), which clearly specifies that ‘men and women shall enjoy equal rights’. The Gender Equality Act 2015, which was enacted in 2015, established a Committee to Promote Gender Equality (CPGE) to enact the Act’s legal policies and mechanisms to advance gender equality. In addition, the Women Development Strategy (2017-2021), developed by the Ministry of Social Development and Human Security, sets out goals, objectives and targets in the area of gender equality which will be steering tools for effective budget allocations.

Thailand has a greater percentage of women in senior leadership positions than both the Asia-Pacific region and the global average[1]. In Thailand’s mid-market companies, women hold 32% of senior leadership positions, is higher than the global average of 27% as well as the Asia-Pacific average of 26%. There have also been recent improvements. Among mid-market companies, the number of businesses with no women in senior management has decreased by 5 percentage points – from 19% in 2019, to 14% in 2020. As with several other related indicators, Thailand’s numbers on this metric show more diversity than the overall averages for both the region (20%) and the world (17%). Thailand is also performing comparatively well when it comes to having women in the highest positions of power: 24% of CEOs / Managing Directors in Thailand are women, compared to 20% worldwide and only 13% in Asia-Pacific. The senior leadership position held by women in Thailand the most is Chief Financial Officer which contributes to fully 43%, making Thailand the world’s highest percentage of female CFOs and the third-highest percentage of female CEOs. Many mid-market businesses in Thailand are looking to build on this trend towards equality.

Despite the fact that Thai women have hold executive roles in public and private sectors, they are generally still underrepresented, especially in the parliament, government, judiciary and administration both at national and local levels. Women account for only 23.9 % of high-ranking civil servants, and gender equality in senior leadership positions has risen by just 3% in the last fifteen years[2].

The results of the General Election in 2019 show a three-fold increase in women’s representation as female Members of Parliament increased from 5.4% in January 2019 to 16.2%. The National percentage remains lower than the average of women MPs in Asia (20.5%), Pacific (16.6%), and the Middle East and North Africa (17.5%), as well as far below the global average of 24.9%[3]. For representation in the Senate (Upper House) out of 250 representatives, only 26 are women (10.4%) while 224 are men. The percentage of women in provincial and local governments in Thailand is much lower than that of the national government. There is only one female governor, out of 76 provinces (1.32%)[4]. Female Chiefs of Provincial Administrative Organizations (PAO) and Sub-district Administrative Organizations (SAO) account for 8% and 6.45% respectively [5].

In rural areas, many women in Thailand remain affected by poverty, discrimination and exploitation. They are largely concentrated in insecure and vulnerable jobs in the informal sector, including in agriculture and as own account and contributing family workers, with only a small minority in senior positions[6]. According to the Association for the Promotion of the Status of Women, discriminatory practices against women still exist in many rural areas in Thailand such as employment practices, unfair treatment of women workers, and access to resources. More specifically, there is a lack of policy to promote economic empowerment and access to financial services to disadvantaged groups of women. Only 13.67% of women have borrowed from a financial institution[7]. Under the 20-year Master Plan, Thailand aims to maximize the use of digital technology across all socio-economic activities. Many women in rural areas, however, are not able to fully benefit from progress in information technology as the number of internet users in rural areas are on the low side and online business skills need to be improved[8]. Additionally, privatization and development policies translate into more difficulties for women, especially those living in rural or conflict affected areas, in gaining access to natural and economic resources.

Thailand has transitioned to an upper-middle-income country where gender equality and women’s empowerment challenges remain, particularly for certain groups and geographical regions including women from ethnic minorities, migrant women and women in the southern border provinces of Thailand in which violent conflicts have hindered human development leading to serious human insecurity, inequality, deprivation, and socioeconomic disparities. Violence against women and girls (VAWG) remains prevalent in Thailand and acts as a barrier to women’s empowerment.

Thailand is one of the main countries of destination in ASEAN region. The migration is driven by a lack of career options and poverty for the country’s largely unskilled workforce. There are 3,005,376 registered migrant workers in Thailand, of which 1,291,722 or 43% are women, mainly from Cambodia, Lao PDR and Myanmar[9]. It is estimated that there are 4.9 million non-Thais living in Thailand including undocumented migrants[10]. The majority of migrant workers are employed in informal sectors including domestic works, agriculture, construction and fisheries. Women migrant workers are generally employed in lower-skilled, lower-wage functions than men. The employment opportunities tend to be determined by family status rather than according to their skills or potential productivity.

The Thai Government has put in place policy and legislations including bi-lateral agreement on MOU recruitment process to ensure safe migration and protection. Such efforts are internationally recognized as Thailand ranked Tier 2 in the U.S. Department of State’s Trafficking in Persons Report released in July 2020[11]. However, migrants remain vulnerable and face with different forms of exploitation including labour exploitation and human trafficking due to language barriers, legal status, limited knowledge and awareness on rights, limited access to social protection and undervalued social and economic contribution.

A comprehensive and dynamic set of global norms, policies and standards on gender equality and the empowerment of all women and girls is strengthened and implemented. 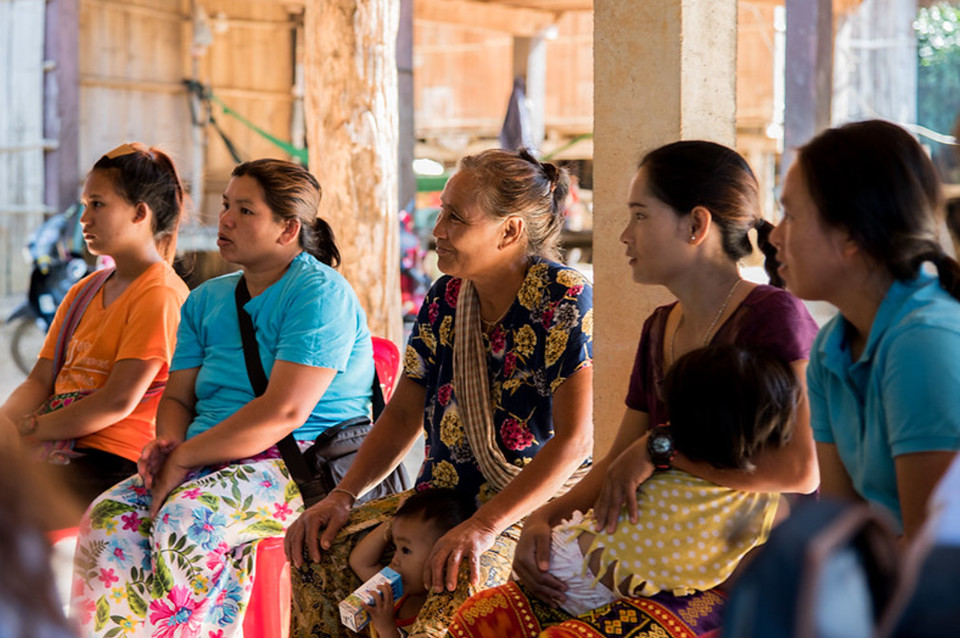 The normative work allows UN Women to link and scale up its work with other key areas such as women’s leadership and political participation, women’s access to justice, and women, peace and security.  UN Women Thailand will support the implementation of normative work at the policy and local levels. 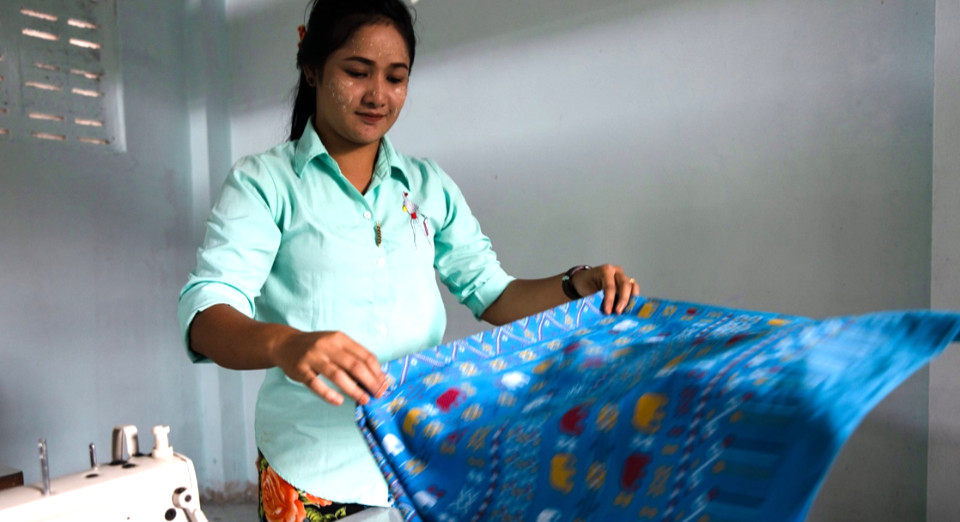 UN Women Thailand anticipates the expansion of the work in the areas of women’s economic empowerment and private sector engagement for implementing Women’s Empowerment Principle (WEPs) under the Promoting Economic Empowerment of Women at Work in Asia (WeEmpower Asia) Programme in which the inception period commenced in 2019. The Programme supports sustainable, inclusive and equitable economic growth by promoting economic participation and empowerment of Asian and EU women through activities in Asia including Thailand. 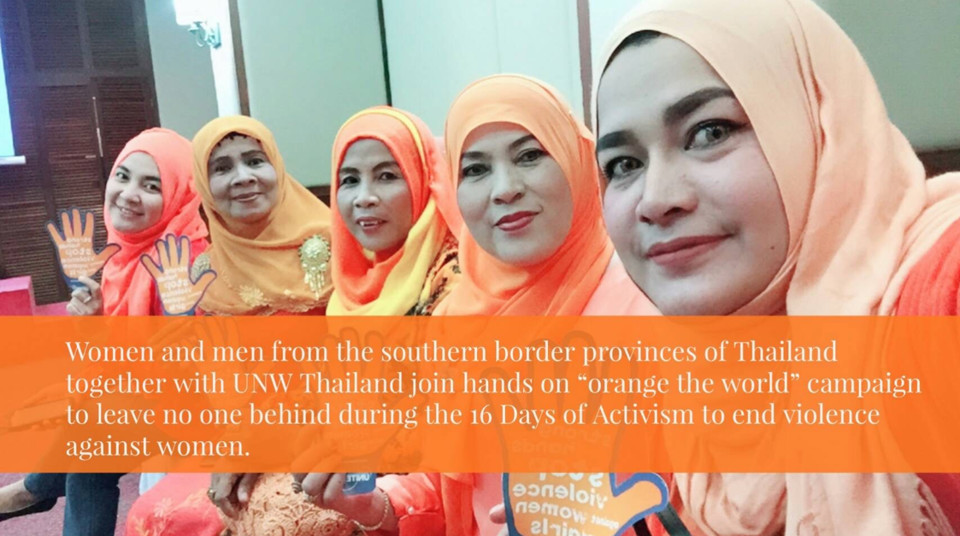 UN Women in Thailand continues to enhance its partnerships with the Government of Thailand, Civil Society and Community-based Organizations, private sector and community leaders, and to further concentrate efforts on strengthening its coordination with the United Nations Country Team (UNCT) to strengthen joint advocacy and to expand opportunities for joint programming.

The United Nations Partnership Framework (UNPAF) for Thailand 2017-2021 was signed by the United Nations Country Team (UNCT) in Thailand and the Royal Thai Government (RTG) in July 2017 with a single outcome: “By 2021, inclusive systems, structures and processes advance sustainable people-centred, equitable development for all people in Thailand”. UN Women chaired the Gender Theme Group in 2017, serving as an advisory group to the UNCT on gender issues in support of the implementation of UNPAF as well as strengthening the UN’s collective impact in advancing gender equality and women’s empowerment; and led the 2017 UNCT CEDAW Reporting. Since July 2019 the theme group has been changed to the Gender Equality and Social Inclusion (GESI), chaired by UN Women and UNDP, with the TOR revision to include the support to the implementation of UNCT accountability frameworks and recommendations including facilitation of the System-wide Action Plan (SWAP) on Gender Equality and the Empowerment of Women, as well as through the UNCT performance indicators for gender equality and the empowerment of women (the “scorecard”); identify and provide joint training to inter-agency teams on gender and development and women’s rights issues, including but not limited to gender mainstreaming. UN Women co-leads the UNCT SDG Results Group on Peace and Governance with UNDP (since February 2018) and the COVID-19 and Gender based Violence (GBV) Sub-group in Thailand (since May 2020) to address immediate needs, actions and services to prevent and respond to GBV during COVID-19 as well as longer-term development of services, systems, and structures to protect the affected women and girls, men and boys from all forms of violence, with active engagement and involvement of key government and civil society stakeholders.

Press Release following UN Deputy Secretary-General and UN Women Executive Director's Visit to Afghanistan
Three women sow seeds of peace in their communities in Sri Lanka
A breath of hope for Rohingya women in Myanmar’s Rakhine state
In the words of Surekha Edirisinghe: “Women face discrimination not only in their workplaces but also in their homes”
In the words of Nirosha Rathnayake: “Challenges faced by women and girls are increasing at an alarming rate”
END_OF_DOCUMENT_TOKEN_TO_BE_REPLACED 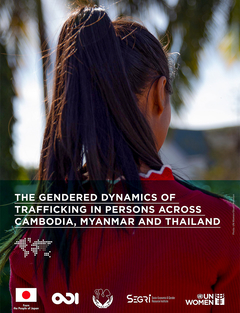 This report brings together a wide-ranging literature and policy review and primary qualitative data to provide insights into how gender and trafficking intersect across Cambodia, Myanmar and Thailand. Read More