You can support gender equality and women’s empowerment around the world by getting involved in a number of ways. Take part in one of UN Women’s campaigns or professional networks; raise awareness on social media; or donate to help us achieve our mission. Your voice matters. Your actions make it real.

Generation Equality – In 2020, it will be 25 years since the Beijing Declaration and Platform for Action set out how to remove the systemic barriers that hold women back from equal participation in all areas of life, whether in public or in private. UN Women is bringing together the next generations of women’s rights activists with the gender equality advocates and visionaries who were instrumental in creating the Beijing Platform for Action more than two decades ago. Collectively, these change makers of all ages and genders will tackle the unfinished business of empowering women through a new, groundbreaking, multigenerational campaign: “Generation Equality: Realizing women’s rights for an equal future”. 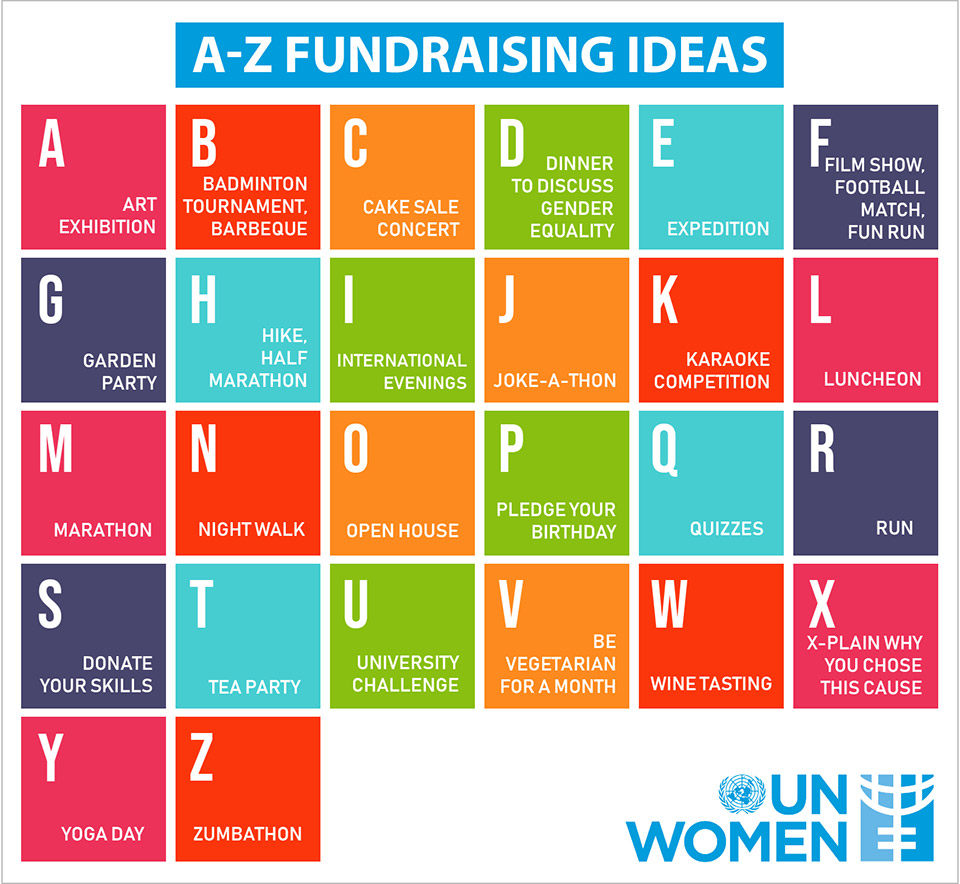 Simply Giving Fundraising Campaign – Concerned about gender equality, but don’t know where to start? Join our first-ever fundraising campaign and help women most in need. Donate to UN Women or get creative and have fun by organizing your own fundraising activity in support of our work.

UNiTE to End Violence against Women – The UN Secretary-General’s UNiTE campaign aims to raise public awareness and increase political will and resources for preventing and ending all forms of violence against women and girls in all parts of the world.

Planet 50–50 by 2030: Step It Up for Gender Equality – Step It Up asks governments to make and follow through with national commitments to address the challenges that are holding women and girls back from reaching their full potential. Ninety world leaders have made concrete commitments and firm pledges to overcome gender equality gaps at, and since, a historic event co-hosted by UN Women and the People’s Republic of China: the “Global Leaders’ Meeting on Gender Equality and Women’s Empowerment: A Commitment to Action.”

Empower Women – Global movement for women’s economic empowerment. It engages gender equality advocates and empowers women to achieve their full economic potential in more than 190 countries. Empower Women equips both women and men with resources, opportunities and a global platform to become change-makers and leaders in their communities.

iKNOW Politics – Online workspace to help elected officials, candidates, political party leaders and members, researchers, students and other practitioners interested in advancing women in politics. Its goal is to increase the participation and effectiveness of women in political life.

can support a migrant woman to access important legal information.

can deliver a leadership programme for young women.

can provide financial literacy and business training for single mothers, allowing them to run their business independently.

Every donation helps and will make a difference.… Donate now ►

Vietnam Airlines launches orange flights to raise awareness of violence against women
"Am I a Feminist?" Online event by new youth network discusses the elephant in the room
Coverage: United Nations Assistant Secretary-General and UN Women Deputy Executive Director in the Republic of Korea
Take Five: “Gender equality is everyone’s business and responsibility. When gender equality is effectively pursued, everyone wins.”
UN Women and Ant Foundation launch “Together Digital” to empower women entrepreneurs in the digital economy
END_OF_DOCUMENT_TOKEN_TO_BE_REPLACED