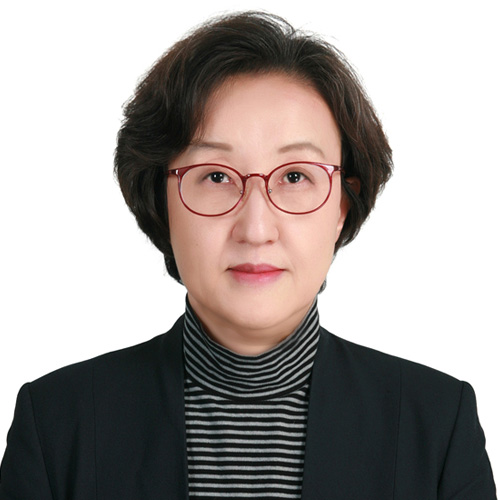 Ms. Jeongshim Lee was appointed Director of the UN Women Centre of Excellence for Gender Equality in Seoul, the Republic of Korea in September 2022. Ms. Lee brings to the role over three decades of experience in developing innovative gender equality policies that empower women and girls. She has worked for ministerial-level national machineries as well as the Office of the President (2008-2010) on policies related to women, youth, and family in the Republic of Korea, most recently as the Deputy Minister at the Ministry of Gender Equality and Family. Ms. Lee also served as Senior Advisor for intergovernmental support and focal point for women and girls with disabilities at UN Women headquarters from 2012 to 2015.

Her areas of work included the promotion of women's economic empowerment, the elimination of violence against women and girls, and the promotion of work-life balance, among others. Ms. Lee holds a Doctor of Philosophy in Public Administration from the Maxwell School of Citizenship and Public Affairs, Syracuse University, a Master of Public Administration from the John F. Kennedy School of Government, Harvard University, a Master of Public Policy from Kyung Hee University, and a Bachelor of Arts in English Literature from Sungkyunkwan University in the Republic of Korea.

New UN Women Office in the Republic of Korea Convenes Partners to Advance Gender Equality
ASEAN launches plan to promote women’s security in Southeast Asia
In the words of Gnanasegaram Ranjithakaladevi: “It brings much joy when you see your childhood hobby becoming your source of income”
In the words of Mathan Justin Annamma: “Women and men are equally capable”
A mother learns, produces and builds independence in a Sri Lanka village
END_OF_DOCUMENT_TOKEN_TO_BE_REPLACED