Facts and Figures: Ending Violence against Women and Girls 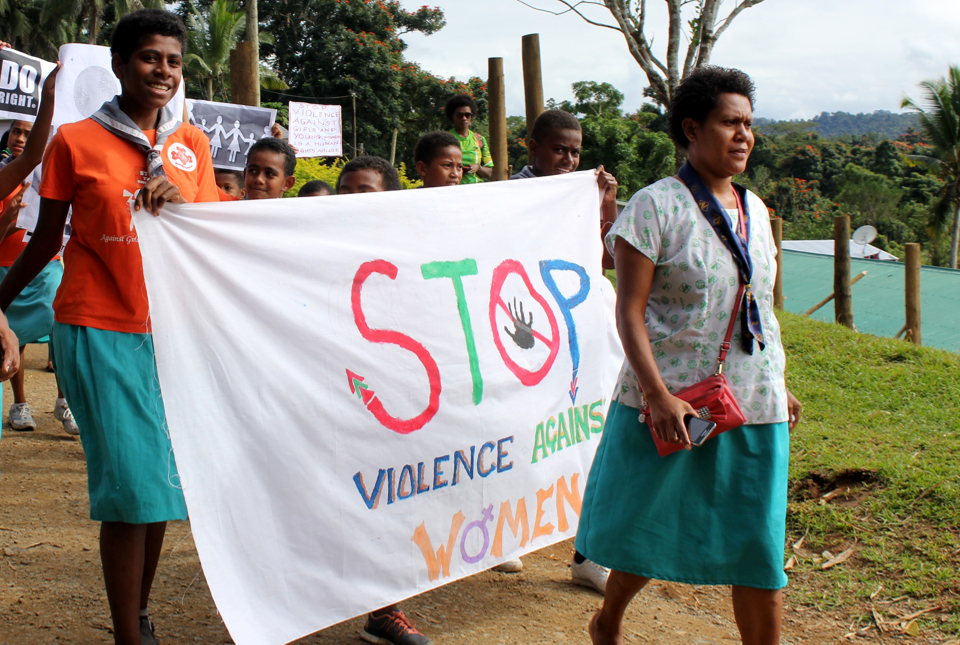 Cost of Violence against Women

There are direct costs to the economy, business, companies, and society at large from violence against women.

UN Women is working with researchers to conduct a study on the costs of sexual harassment and intimate partner violence to businesses in two countries in Southeast Asia and one country in South Asia.

UN Women partners with justice, police, health and social services providers to prevent and respond to violence against women and girls. UN Women supports improving access to quality multi-sectoral services to respond to the needs of survivors, such as shelter, health care, legal assistance and police protection as well as other essential services.

Women’s right to live free from violence is upheld by international agreements such as the Convention on the Elimination of All Forms of Discrimination against Women (CEDAW), especially through General Recommendations 19 and 35, and the 1993 UN Declaration on the Elimination of Violence against Women.  UN Women works with countries at the global level to advance the international normative framework through support provided to inter-governmental processes, such as the General Assembly and the Commission on the Status of Women (CSW). At the country level, UN Women supports Governments in adopting and enacting legal reforms aligned with international standards.

UN Women works to prevent violence before it happens by addressing root causes. We collaborate with educational and faith-based institutions to transform society’s norms. We mobilize activists dedicated to ending violence. We engage men, boys and youth to promote healthy masculinities by strategically using media and sports. We partner with Governments, UN agencies, civil society organizations and other institutions to advocate for ending violence, increase awareness of the causes and consequences of violence and build the capacity of partners to prevent and respond to violence. We also promote the need for changing norms and behaviour of men and boys, and advocate for gender equality and women’s rights. Policy guidance helps to step up investments in prevention—the most cost-effective, long-term means to stop violence.

UN Women supports the passage and enforcement of laws and policies. We work with governments to develop dedicated national action plans to prevent and address violence against women, strengthening coordination among diverse actors for sustained and meaningful action. We advocate for the integration of violence in key international, regional and national frameworks, such as the post-2015 development agenda, and evidence and data collection to inform policies and approaches. Data collection is supported by the ASEAN VAW Data Guidelines. Developed with the support of the Australian Department of Foreign Affairs and Trade (DFAT) in partnership with the Association of Southeast Asian Nations (ASEAN), the guidelines directly respond to the strategic needs expressed by ASEAN government officials to be able to better report on SDG indicators and clarify the different purposes of the different types of VAW data: prevalence, administrative and costing data.

Progress on EVAW in the Asia-Pacific region

Up one level
news

The UN joint statement on the delay of the passing of the sexual violence bill (RUU TPKS)
From where I stand: “Do not wait for others to hand you your rights”
“I believe growth in our society can only begin by listening to each other”
“I have the power to do more, to learn more, and I have the ability to affect my community.”
“I think as an individual I want to work towards creating safe spaces for everyone”
END_OF_DOCUMENT_TOKEN_TO_BE_REPLACED 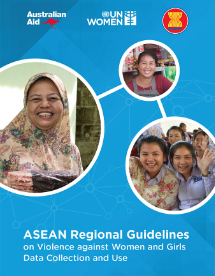 These ASEAN VAWG Data Guidelines bring together leading guidance on the collection of the three main types of VAWG data – administrative data, prevalence data and costing data. These guidelines offer a special emphasis on administrative data on VAWG as little guidance is currently available. In addition, the guidelines provide an overview of the current studies and data available in ASEAN Member States and internationally recognized research and methodologies. The guidelines underline ethical and safety considerations surrounding VAWG data collection, including issues of data security and sharing. Read more

Across the Pacific region, crisis centres respond to increased cases of violence against women amid COVID-19

As COVID-19 prevention measures in the Pacific region and around the world limited movement and encouraged home isolation, the number of women seeking domestic violence support services have surged. Read more

Every 1 out of 3 Indonesian women has experienced violence at least once in her lifetime, regardless of their level of education, social status or age. Victims are often driven into silence because they are blamed and their testimonies are put in doubt.