Take five with Sultana Kamal
"If you believe in Human Dignity, then the Principle of Leaving No One Behind should automatically be on your agenda..."&nbsp; Sultana Kamal says during the interview ... Learn more
“From Where I stand”: a photo story book
A tribute to the gender equality champions who made exemplary efforts in reducing risks and shaping a sustainable future ... Learn more
Rural Bangladeshi women pursue economic security
UN Women and Women Peace and Security and Humanitarian Action (WPS-HA) are now working with local partners to put recovery back on track by increasing economic security for crisis-affected women through grants and job training. Learn more
A goat farmer tells of how a Sweden-funded project has changed lives
Reti Khatun in Kulpala village speaks during a video meeting with the Government of Sweden and UN Women, which have helped farmers like her find economic security amid the country’s volatile weather... Learn more
Women Peace Café
Young women are agents of change in promoting peace and social cohesion, said speakers at the National Colloquium on Learnings from the Women Peace Café initiative in Bangladesh.... Learn more

Established as a secular people’s republic in 1971, Bangladesh is the most densely populated country in theworld with a population of approximately 160 million. Bangladesh acceded to CEDAW in 1984 and continues to maintainreservations to Articles 2 and 16(1c). The Constitution recognizes equal rights for women and men in the publicsphere and there is a reasonably strong legal and policy framework guaranteeing women’s rights. The NationalWomen's Development Policy 2011 and its National Action Plan provide a base for government action to promote genderequality, and the 7th 5-year plan integrates gender equality issues across a number of sectors with some newsectoral policies addressing gender issues effectively. Currently, gender responsive budgeting is institutionalizedacross 43 ministries.

The country is internationally recognized for its good progress on a number of gender indicators. These includegender parity in primary and secondary education and maternal mortality that has declined by 66 per cent over lastfew decades, estimated at a rate of 5.5 per cent every year1.Bangladesh ranks highest in the Gender Gap Index in South Asia achieving 47th among 144 countries in theworld2.However, significant gaps remain. The rates of violence against women remain high. Almost two out of three (72.6 percent) ever-married women in Bangladesh have experienced some form of partner violence in their lifetime, and morethan half (54.7 per cent) have experienced it in the last 12 months3. Women are alsodiscriminated against in family life. In Bangladesh, marriage, divorce, custody of children, maintenance andinheritance are subject to religious law and these ‘personal laws’ often discriminate against women.

In July 2015, Bangladesh crossed the threshold to lower middle-income country (MIC). In March 2018, the country wasrecommended for LDC graduation, and is working towards officially graduating from LDC status by 2024. Much of thisgrowth has been driven by a rapidly expanding industrial sector, in particular ready-made garments (RMG) whichaccounts for more than 80 per centof Bangladesh’s exports. Macroeconomic priorities of the government includeincreasing domestic revenue (Bangladesh has the lowest tax/GDP ratio in the world at about eight per cent),expanding and diversifying trade (FDI/GDP is less than one per cent), strengthening infrastructure and energyprovision, and developing a more skilled workforce4.According to Bangladesh Bureau of Statistics, the labour force participation rate in 2015-2016 was 81.9 per cent formales and 35.6 per cent for females. Of these, 95.4 per cent females and 82.3 per cent male are in informalemployment as wage labourers, self-employed persons, unpaid family labour, piece-rate workers, and other hiredlabour.

Bangladesh has a significant history of women organizing movements to claim their rights. Over the years,women’s groups have mobilized themselves and made sure their voices are heard in various issues, starting fromviolence against women, gender equality in securing economic opportunities and participation, equal representationin politics, reproductive rights, family law reforms and gender mainstreaming in public policies.

Against this backdrop, UN Women in Bangladesh’s is working with its government and civil society partners inthe following areas:

"Gender responsive policies to safeguard women’s economic empowerment" speech by Gitanjali Singh, Country Representative, UN Women Bangladesh
[OP-ED] The ‘original pandemic’ of violence against women continues unabated
Take Five: “The Voices of Bangladeshi young people on Climate Action are loud and clear. We Need to act now for a better future, and this cannot wait.”
UN Women and UNDP deepen cooperation to advance gender equality and women’s empowerment in Bangladesh
UN Women and ILO to advance womens economic empowerment in Bangladesh
Leading gender equality today for a sustainable tomorrow. Remarks by Gitanjali Singh, Head of Office, a.i, UN Women Bangladesh
Financial inclusion can be win-win for both financial institutions and women entrepreneurs: Speakers on International Women’s day 2022
In the words of Tarikul Islam: “We don’t want anyone suffering from violence to feel like there is no one besides them.”
Rohingya refugees in Bangladesh join UN campaign against gender-based violence
In Cox’s Bazar, gender-responsive policing efforts build trust with Rohingya women and girls
Believe survivors. Act now. Romela’s story*, Bangladesh
In the words of Mst. Merina Afroz: "I monitor cases of gender-based violence and ensure that justice is served."
More stories 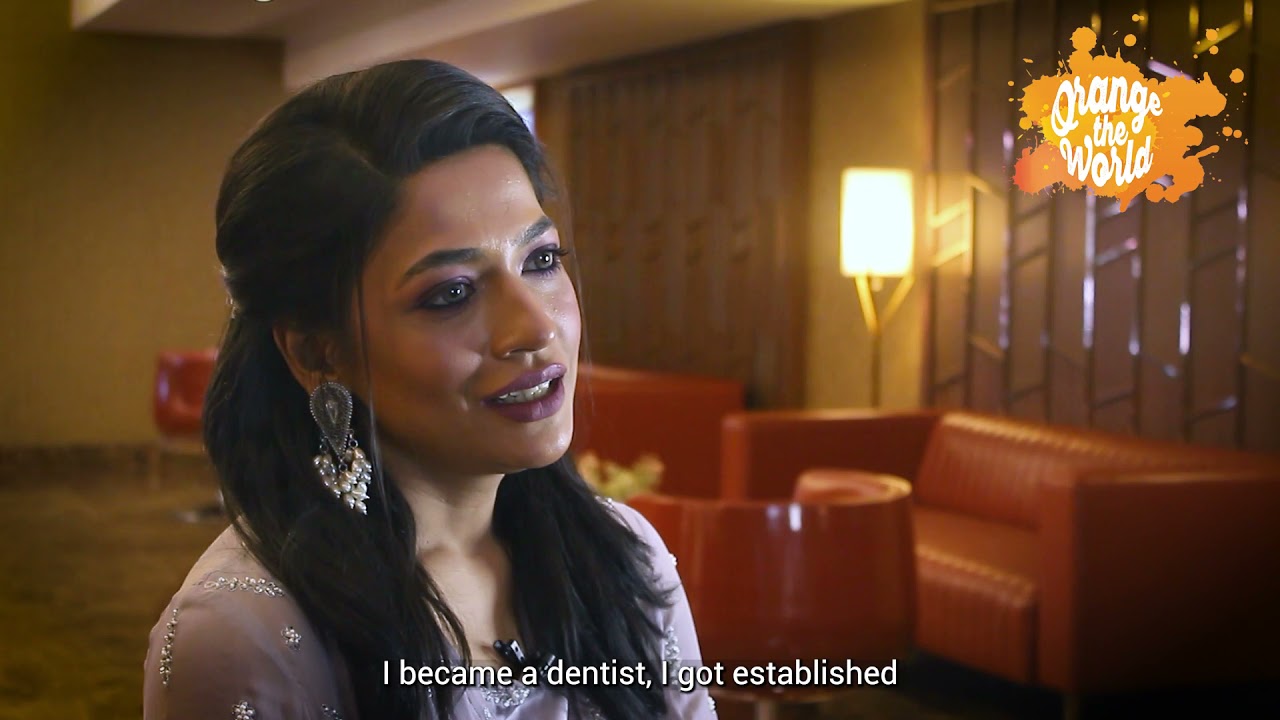 What is ‘discrimination’ to you? 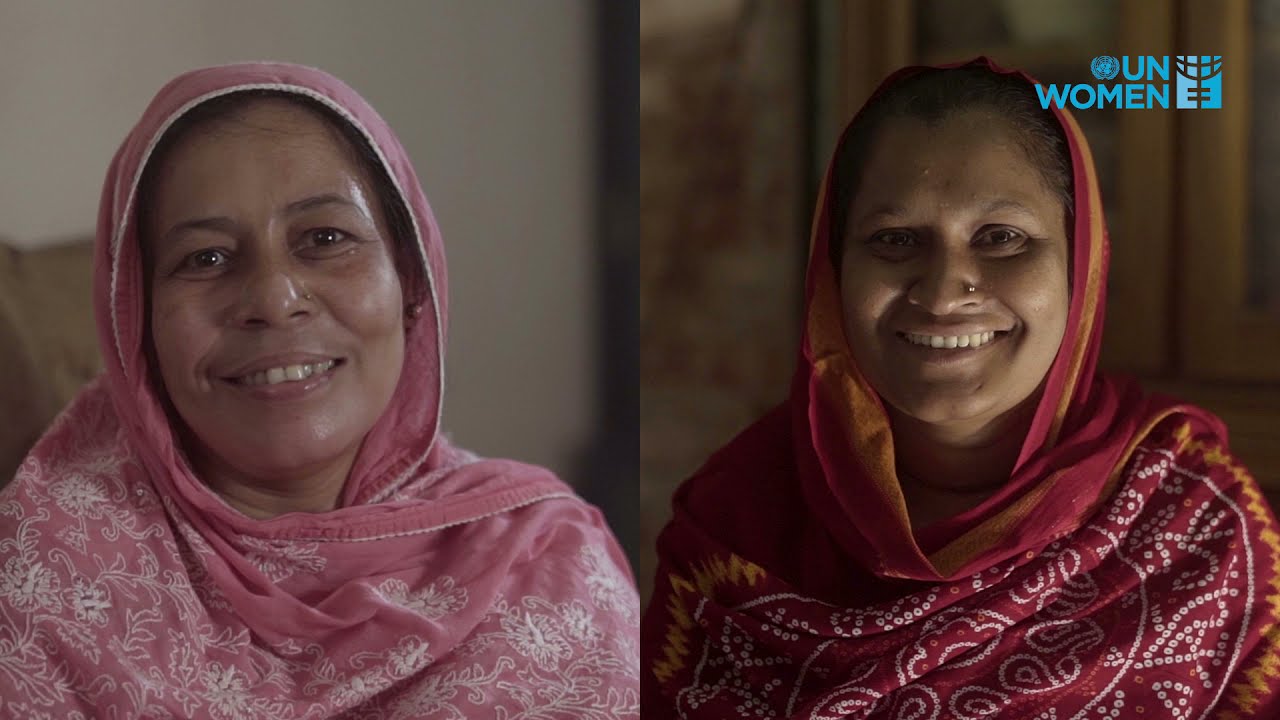 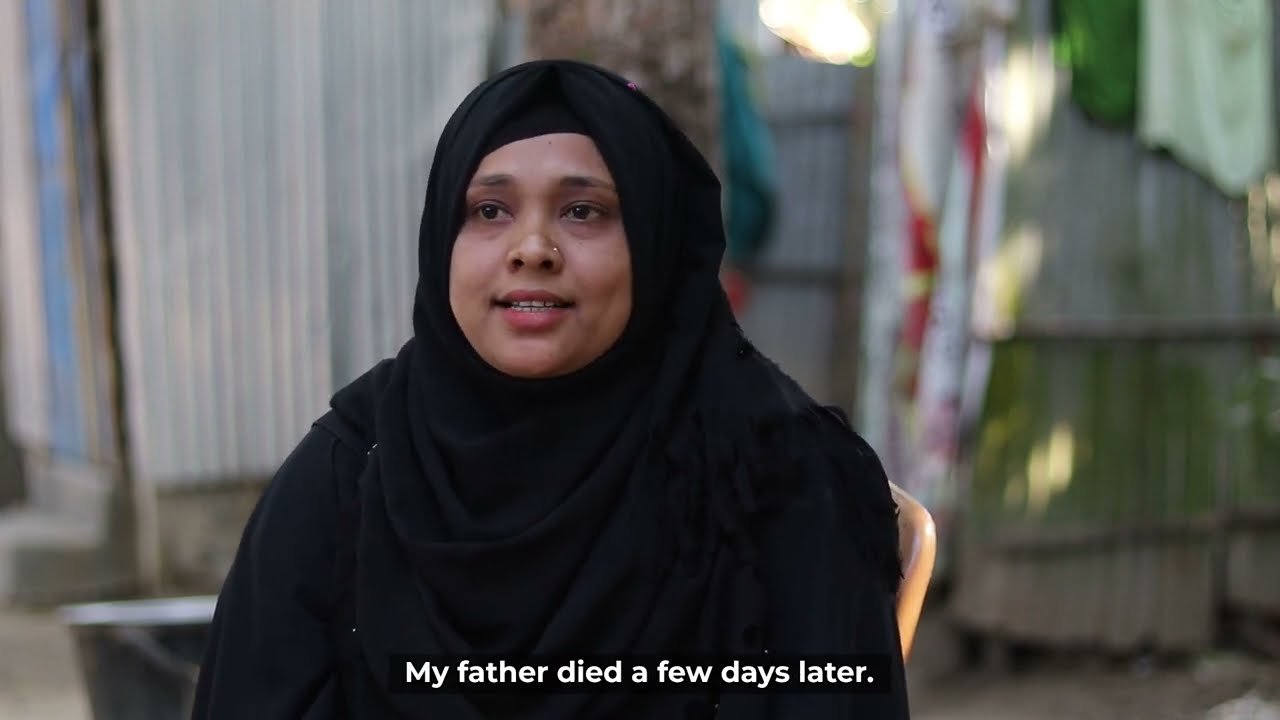 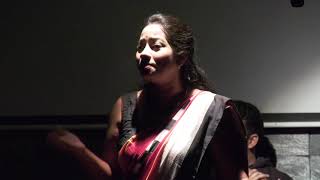 Rohingya refugees in Bangladesh join the campaign against gender-based violence 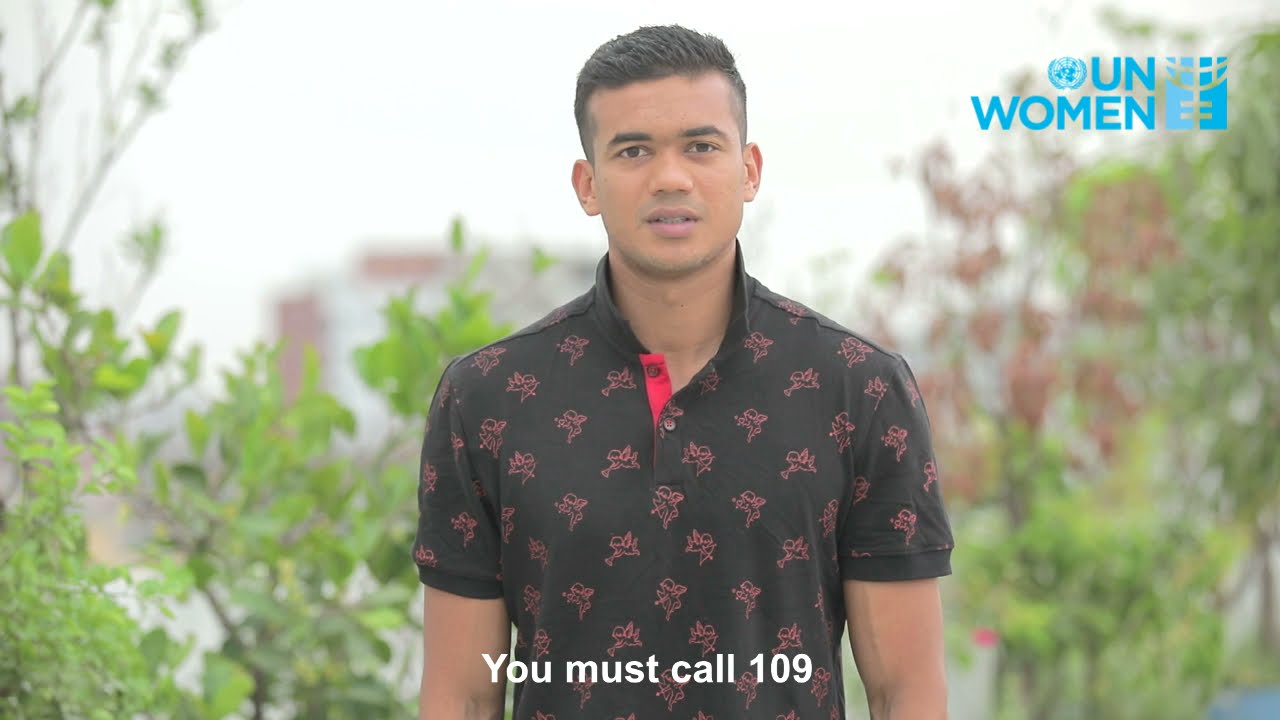 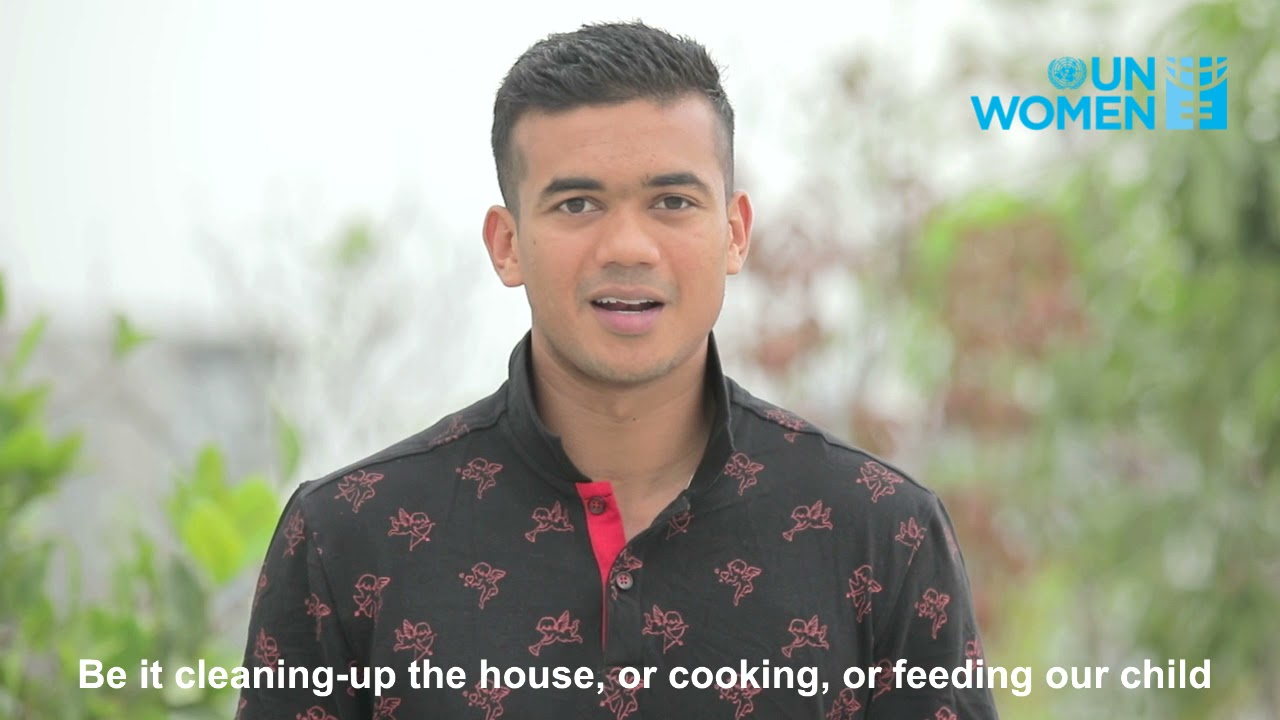 Income security, decent work and economic autonomy for women
Women live a life free of violence
Governance, national planning and budgeting for gender equality
Women and girls contribute and benefit equally from sustainable peace and resil…
Up one level 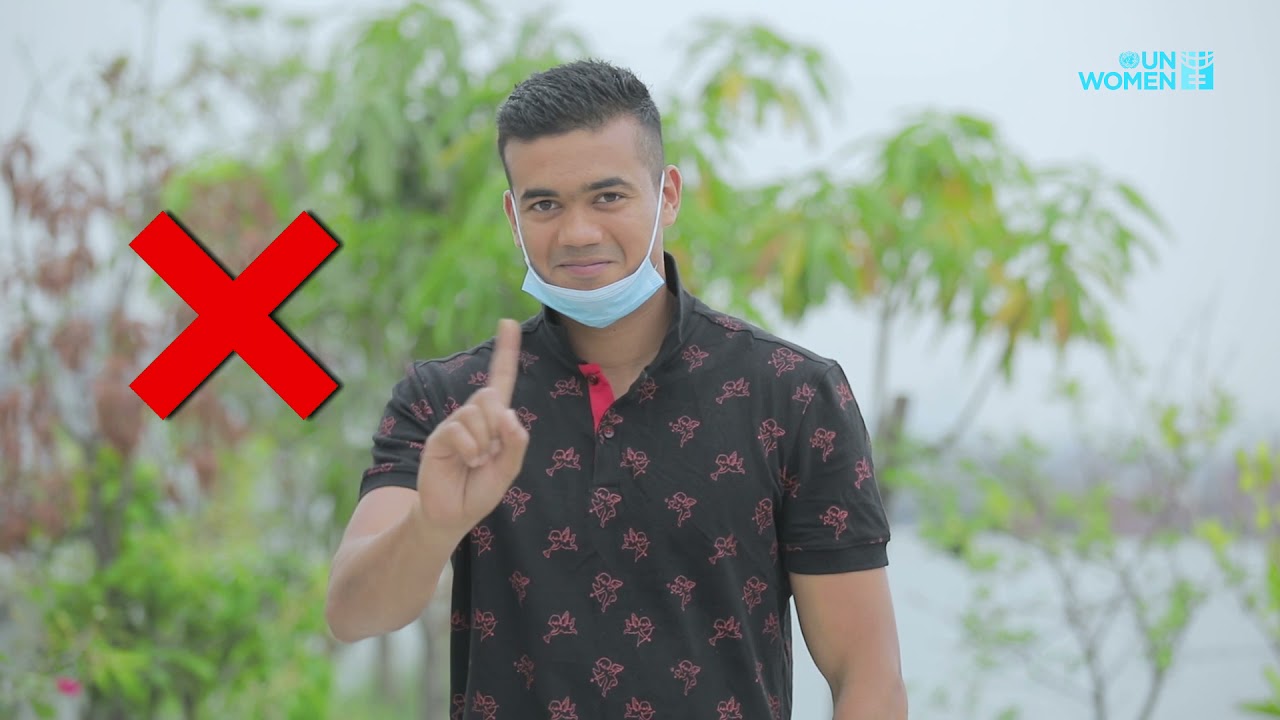 How to wear a mask properly?

"Women and girls contribute and benefit equally from sustainable peace and resilience, prevention of natural disasters and conflicts, and humanitarian action", a toolkit that aims to raise awareness, understanding, and skills in ensuring gender responsiveness throughout all project stages and for all asset types... More 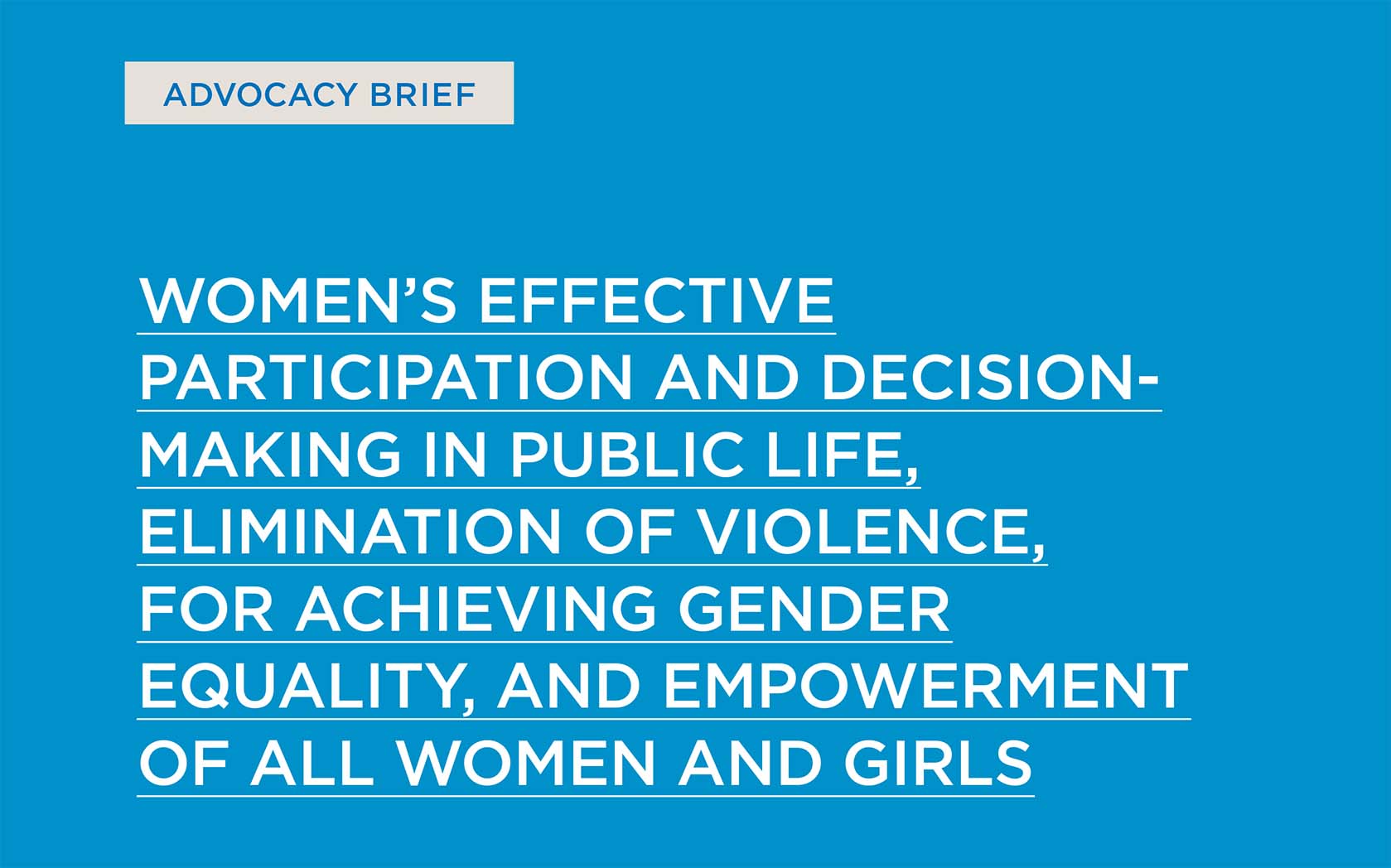 Women’s effective participation and decision-making in public life, elimination of violence, for achieving gender equality, and empowerment of all women and girls

Increasing women’s participation in politics, the system that Bangladesh has in place has long been contested by academics and women’s groups as having a limited effect in expanding women’s voice and influence in decision making. Read more 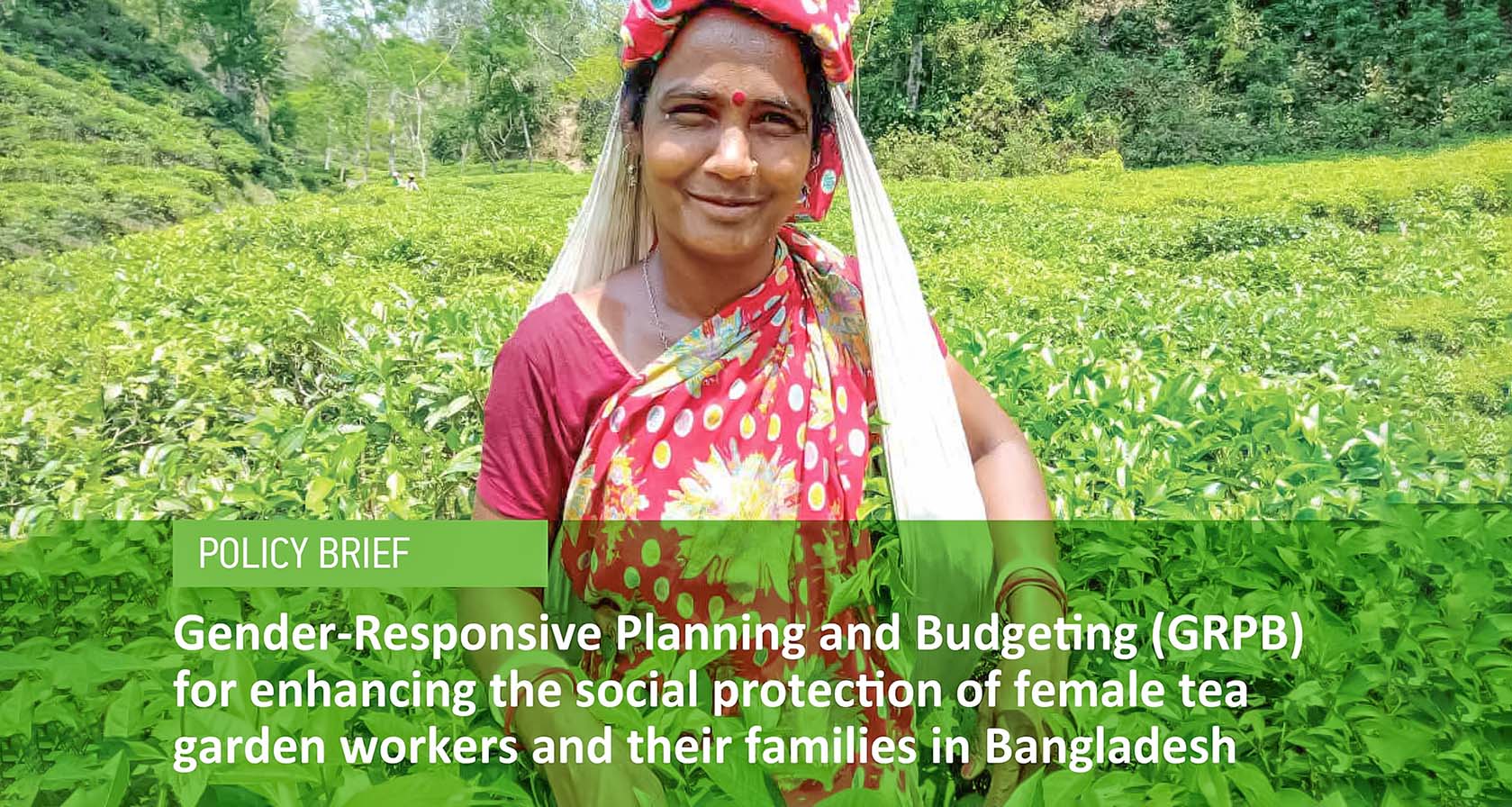 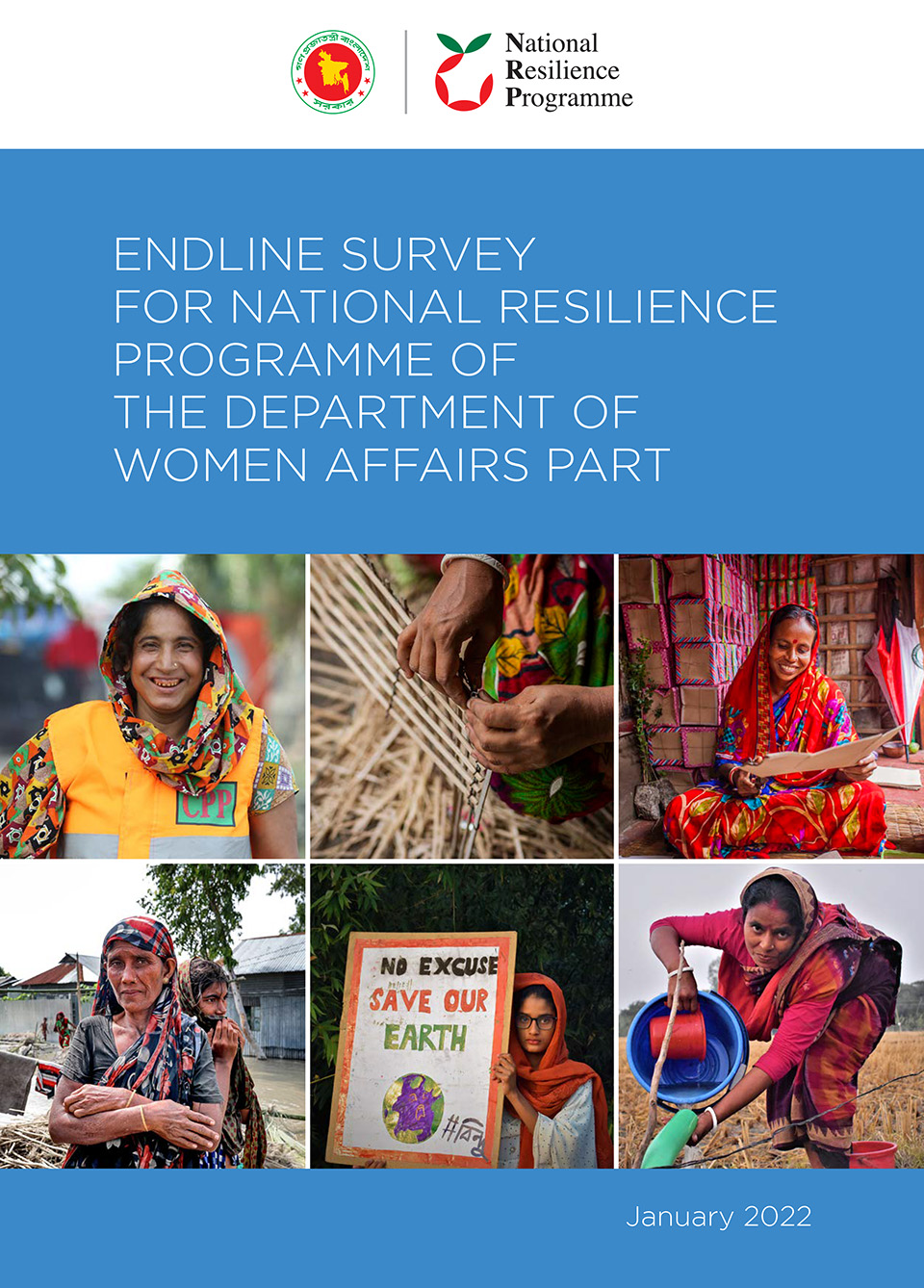 The National Resilience Programme aimed to sustain the resilience of human and economic development in Bangladesh through inclusive, gender-responsive disaster management and risk-informed development. The endline survey report gives an overview of what has worked well and what are the areas that can be improved in future. Read more

The Gender Equality Brief is a situation analysis of Bangladesh with regards to gender equality. It gives a snapshot of the country’s progress and areas of improvement in ensuring gender equality in education, health, politics, law enforcement and judiciary, building peace, governance, economic empowerment, and humanitarian response. Read more