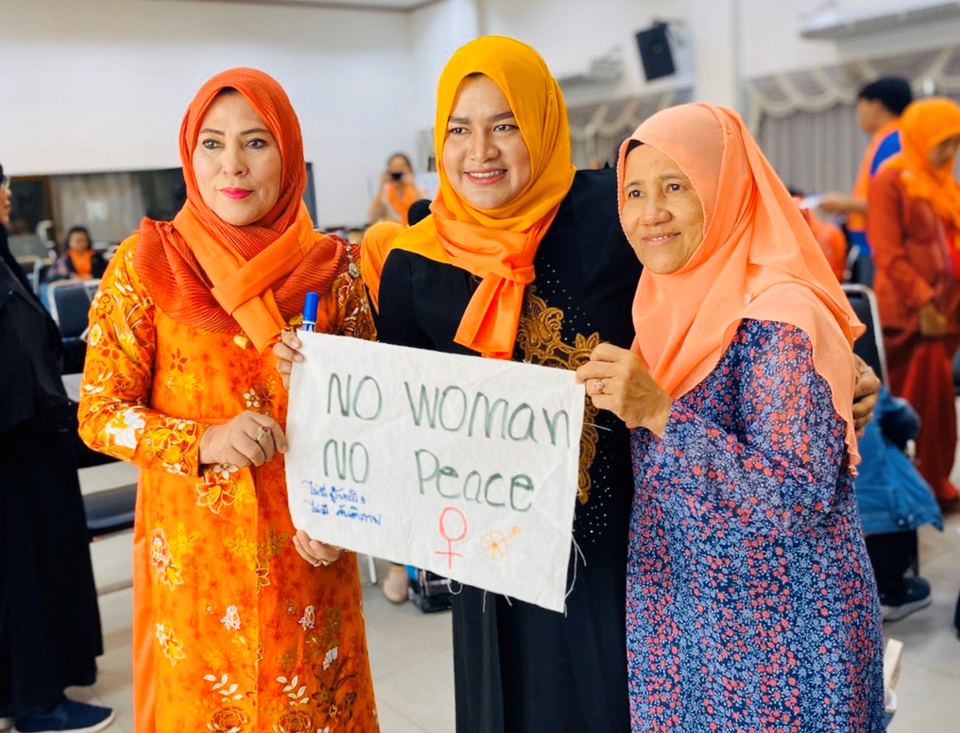 UN Women in Thailand has been working on women, peace and security since 2012 and from November 2016 has collaborated with the Ministry of Social Development and Human Security (MSDHS) and local women’s organizations in implementing and localizing the Measures and Guidelines on Women, Peace and Security to ensure accountability and policy coherence at national and sub-national levels. The Measures and Guidelines response to the Security Council Resolution 1325 which reaffirms the important role of women in the prevention and resolution of conflicts, peace negotiations, peace-building, peacekeeping, humanitarian response and in post-conflict reconstruction and stresses the importance of their equal participation and full involvement in all efforts for the maintenance and promotion of peace and security.

Three national consultations were held to introduce these Measures and Guidelines to local women and civil society groups, to address the needs of women and girls in the southern border provinces with local authorities and relevant government agencies. The National Consultation on Women’s Leadership and Peace and Security in December 2018 organized by UN Women led to the institutionalization of the Coordination Center for Children and Women in Southern Border Provinces (CCCW-SBP) in July 2019. The CCCW-SBP acts as the coordinating body on women and children issues between central and local levels and among multi-ministry government, non-government and civil society sectors to enhance women’s participation in promoting social cohesion and resilient communities and to protect women and girls from all forms of violence.

While supporting the Thai Government in moving forward and rolling out the policies on Women, Peace and Security at the national level, UN Women in Thailand actively engages local women’s groups in Songkhla, Yala, Pattani and Narathiwat to develop joint agendas and advocacy strategies to influence government organizations to apply gender responsive peace building approaches to public policies. This has widened advocacy space and included marginalized groups in the engagement of social dialogues as a means to resolve and prevent tensions within communities in order to contribute to a peaceful society. At least 350 women and young people in pilot communities in the Southern Border Provinces of Thailand have developed strategies for peace building, mediation and business development based on community needs. By establishing a common space where community dialogues, social mobilization and community development initiatives take place, women are able to contribute to fostering peaceful and resilient communities. Women’s increasing roles have gained recognition and acceptance from men, community members and authorities through consultation and livelihood and economic empowerment initiatives based on local needs resulted in increased trust among community members and authorities. With increased knowledge and skills, women have transformed their roles from vulnerable or soft target to agent of change and peace communicators to connect community with authorities and to promote social cohesion and take initiatives in communities at risks.