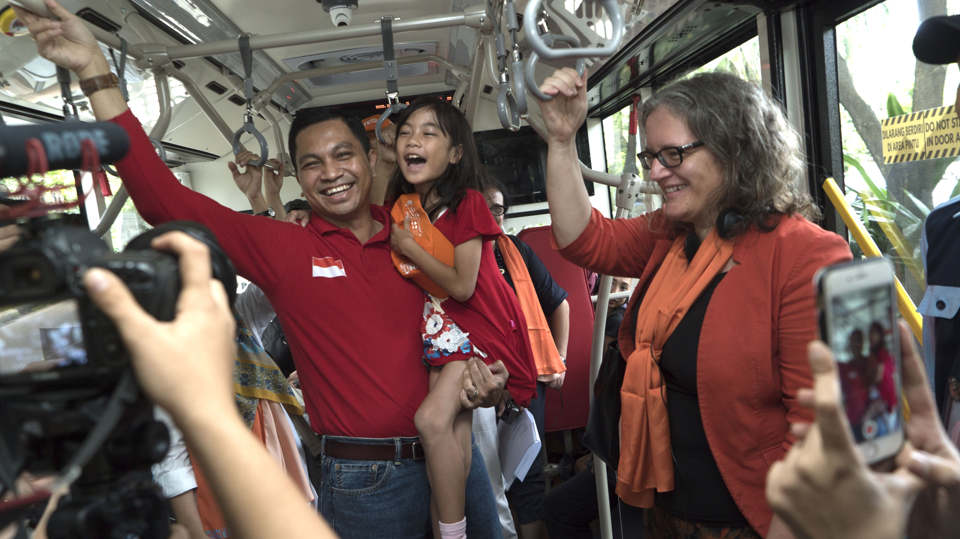 Sexual harassment and other forms of sexual violence in public spaces are an everyday occurrence for women and girls around the world — in urban and rural areas, in developed and developing countries.

Women and girls experience and fear various types of sexual violence in public spaces, from unwanted sexual remarks and touching to rape and femicide. It happens on streets, in and around public transportation, schools and workplaces, in public sanitation facilities, water and food distribution sites and parks.

This reality reduces women’s and girls’ freedom of movement. It reduces their ability to participate in school, work and public life. It limits their access to essential services and their enjoyment of cultural and recreational activities. It also negatively impacts their health and well-being.

Although violence in the private domain is now widely recognized as a human rights violation, violence against women and girls in public spaces, especially sexual harassment, remains a largely neglected issue, with few laws or policies in place to prevent and address it.

In 2016, the UN Women Asia-Pacific Regional Office, with support from the Korean Women’s Development Institute, produced the Born To Be Free report. This report was created to map existing interventions that have been implemented in the Asia-Pacific region and provide recommendations for future work in the region to ensure the safety of women and girls in public spaces. The Born To Be Free report includes 55 evaluated interventions, a survey of over 118 stakeholders working on the issue of women and girl’s safety and mobility in public spaces globally, and over 50 in-depth interviews and field visits to Jakarta, Hanoi,Ho Chi Minh City and Seoul.

Safe City for women and girls is one of UN Women’s Global Flagship Initiatives to promote safe public spaces for women and girls. Cities participating in  this initiative commit to ensuring that women and girls are socially, economically and politically empowered in public spaces that are free from sexual harassment and other forms of sexual violence. Data, policies, investments and advocacy are essential components of comprehensive strategies to prevent and respond to sexual violence against women. Strategies include four closely integrated categories of interventions implemented by local and national authorities, grassroots women/women’s organizations and other community partners. In Asia-Pacific, the Safe Cities Initiative is implemented in Dili, Ho Chi Minh City, Jakarta, Lahore City, Metro Manila, New Delhi and Port Moresby.

In Papua New Guinea, the Port Moresby Safe City Programme elps people understand how to prevent violence against women and girls and act on any threats. Taking the bus, selling goods in the market, walking on the street – these and other typical urban activities can lead to sexual harassment and other forms of gender-based violence. After receiving training from UN Women, female market vendors in Port Moresby did an audit of markets and bus stations on women’s safety. Their findings prompted the authorities to make those places safer by improving shelter, sanitation, lighting and crowd management. UN Women trainings helped about 400 bus and taxi operators learn how to look out for and prevent sexual harassment. A campaign calling on men and boys to halt violence against women and girls in public spaces reached 50,000 people through radio and TV talk shows, social media, activities in public places, and special sessions in schools and churches. This brought new voices into the conversation about women’s safety. 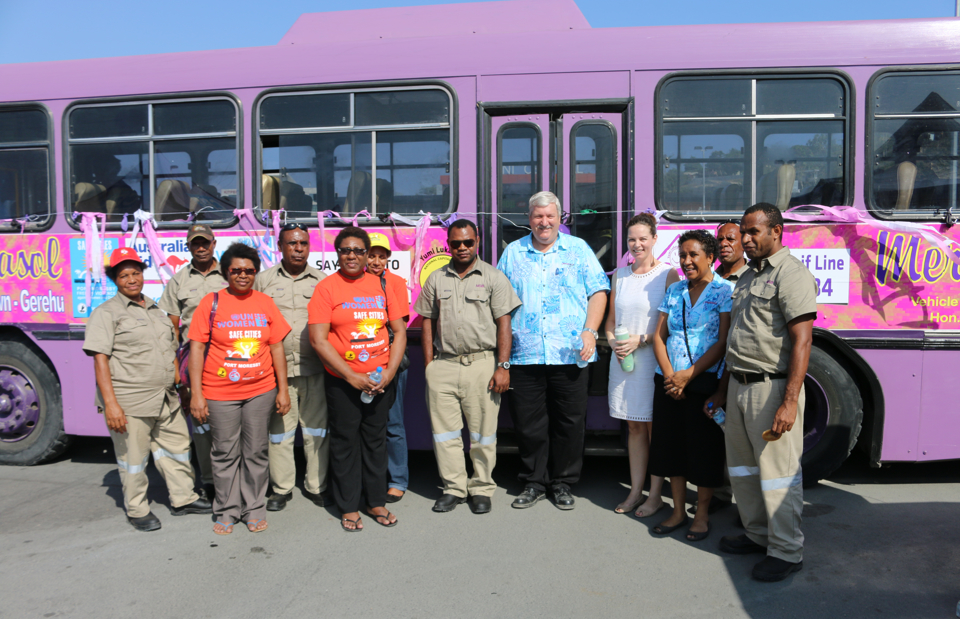 Through the Port Moresby Safe City Programme, new measures are improving women’s safety and ability to make a living. These started with the formation of women vendors’ associations, which have been instrumental in identifying threats and developing measures to reduce them. Taking on leadership roles has empowered women to voice their needs – and to ensure that interventions are gender responsive.

Gerehu Market in Port Moresby was selected as the first market to pioneer the Safe City Programme, after a scoping study identified it as a priority, given challenges with sexual and other forms of violence against women. The programme has since renovated market stalls, provided clean drinking water, improved sanitation and the design of toilets, and built a playground for the young children who accompany many women vendors. Lighting was improved and fences that isolated areas of the market were torn down. New police posts were created and police, market controllers and security guards were trained on preventing and responding to violence against women. A cashless method for vendors to pay their market fees through their mobile phones cuts illegal requests for payments, and funds are used to maintain the market’s infrastructure and services. Additional support comes from the recent introduction of training to help women run their businesses more efficiently, and access loans and credit. 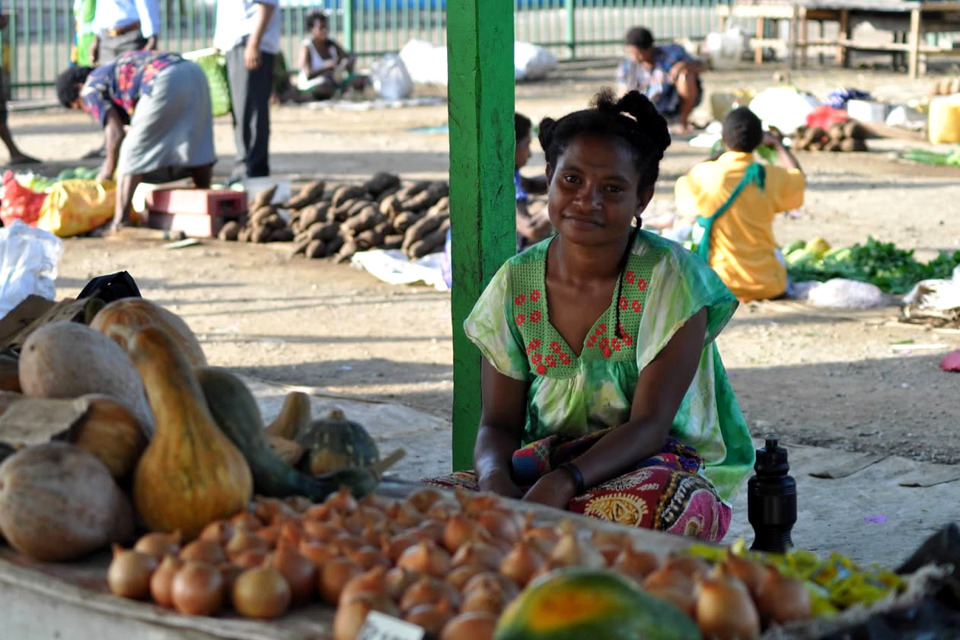 In Quezon City, the largest municipality in Metro Manila, in the Philippines, the Safe City Programme supported grassroots women, girls, researchers, and other partners to collect data on sexual harassment and advocate for measures to enhance the rule of law. As a result, groundbreaking local legislation was passed in 2015 establishing penalties for sexual harassment in public spaces.

In 2019, the national legislation, “Safe Spaces Act” was passed, recognizing and defining gender-based sexual harassment in public spaces, and imposing penalties and sanctions.

The Safe City programme in Ho Chi Minh City, Viet Nam is a key component of the city action plan to implement the National Thematic Project on Gender-Based Violence Prevention and Response (2016-2020). Programme partners can now conduct a baseline study with indicators linked to interventions in order to track results over time. 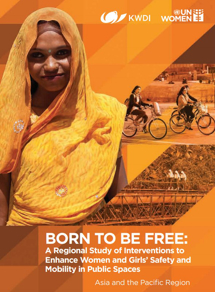 BORN TO BE FREE 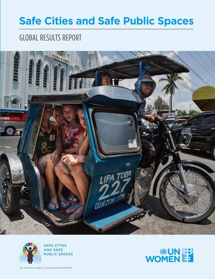