Making violence against women in Viet Nam a man’s issue

Danang, Viet Nam — In Viet Nam, many people think that when a man sexually harasses a woman, she should just take that as an affirmation of her beauty. Because, after all, “women are considered a flower to pick”, says Le Thi Lan Phuong. 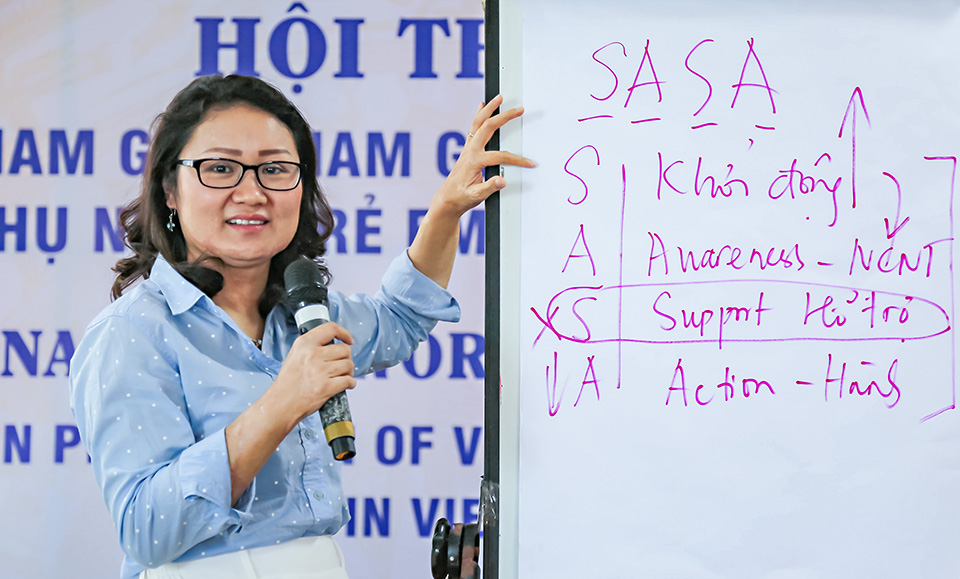 When she joined UN Women five years ago as a programme officer focusing on preventing violence against women, Phuong knew that changing such attitudes was going to be difficult.

Phuong is working on a UN Women project called Community Mobilization in Prevention of Violence against Women and Girls, 2014–2020. The project in Viet Nam is part of an Asia-Pacific regional project funded by the Australian Department of Foreign Affairs and Trade (DFAT). It is being implemented by Da Nang Women’s Union, Viet Nam Ministry of Education and Training, Vietnam Youth Union, Vietnam Women’s Union, civil society groups, academic institutions and United Nations agencies.

One of Phuong’s first tasks was supporting a community mobilization project that a Spanish non-governmental organization, Paz y Desarrollo, did in partnership with Da Nang Women’s Union. The project included teaching young students in this city in central Viet Nam to treat each other equally and respectfully in school.

But there was a huge disconnect. “When children come home, they don’t see equal treatment and they’re not treated respectfully, as we taught them in school,” Phuong remembers. “So, the ideology they learn in school didn’t apply in reality in their community and in their home.” 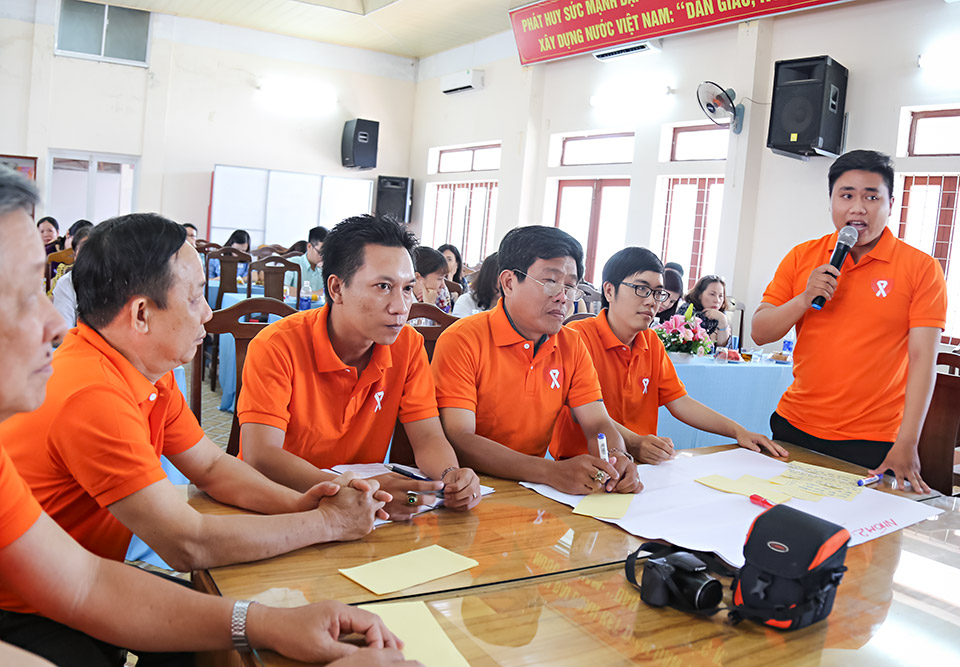 Taking a cue from the highly successful SASA! programme in Uganda that worked with communities to prevent violence against women, UN Women Viet Nam in 2015 set up clubs of the mothers and fathers of the schoolchildren and mobilized the communities around the schools.

But few men joined. They felt ill-equipped to discuss gender issues because gender equality trainings had always targeted women. It is a “woman’s issue”, they told Phuong.

So UN Women formed a “male advocates club” to mobilize men to stand up for gender equality and prevention of violence. With help from Partners for Prevention, a United Nations joint programme also supported by Australia’s DFAT, Phuong organized a training for men in September 2015. She quickly realized that sitting in a circle discussing these things was not their idea of fun.

The first day of training ended with a dinner at a street-side beer shop, the kind where men typically go after work. As Phuong sat on a little stool on the sidewalk, her new trainees told her that instead of a meeting room, they wanted an open space. Instead of theory, they wanted links to normal life. They wanted to rewrite from their own perspective the examples used in the training. They also wanted stories of men who are not violent, because not all men do bad things to women.

This required adapting the plan. Group facilitators would need to come from the men, and they would need to be trained to oversee meetings and role plays. Of the 120 members of the first four male advocates clubs, 25 were selected by the men for training as facilitators. They included Communist Party officials, retired civil servants, former soldiers, and farmers and workers.

Among these advocates were Communist Party leaders who began speaking up in party meetings about the need for gender equality. For them, it was no longer just a woman’s issue. It was a political issue. As they saw it, discrimination and violence against women had the potential to destroy a community and harm the country’s economy.

“What really inspires me,” Phuong says, “is that when I go to the community, I see men who were trained by us really committed to work against gender-based violence. They really become a champion in the community.”

Most astonishing, she said, was seeing the men now doing housework and helping prepare family feasts for weddings and funerals. Those feasts are typically prepared only by women, who eat separately after serving the men. But now the older men ask the younger men to help prepare the party. And then all of them, men and women, enjoy the meal together.

“It is a small thing but important,” Phuong says. “They use that opportunity to educate the younger generation and model themselves.”

UN Women brought representatives from every province to see the clubs in action. Several of those observers went home to set up similar clubs. In Ho Chi Minh City, inspired by the success of the model in Da Nang, 5 male advocate clubs were established with the support of the city.

“The progress surprised us,” says Phuong, who had anticipated a longer journey.