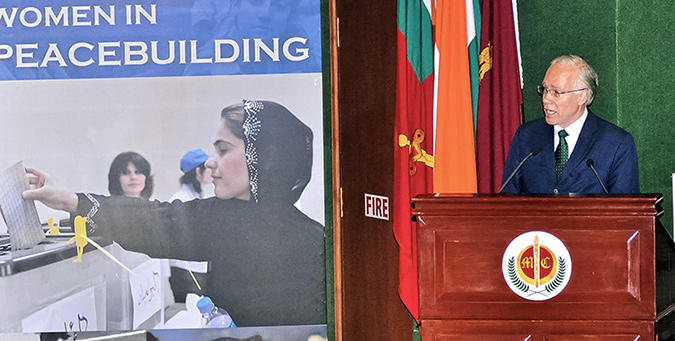 United Nations Security Council resolution 1325, and the seven subsequent resolutions and other international commitments, promote women’s participation in peace processes as a key step towards ensuring gender-sensitive conflict resolution. These resolutions oblige Member States to take active steps to increase the participation of women in all decision making processes pertaining to prevention, management and resolution of conflict, at the national, regional and international level. During the formation of peace agreements and their implementation, States should ensure an inclusive process that engages with local women’s peace initiatives[1].

UN Women works to put women at the center of peacebuilding, and at the negotiation table. UN Women has worked together with governments and civil society to support the peace process in the Philippines, the inclusion and participation of women in peacebuilding in Myanmar, in conflict prevention in Afghanistan. UN Women sees women as agents of change and as the foundation of lasting peace, and supports nations and women at the local level to achieve sustainable peace.