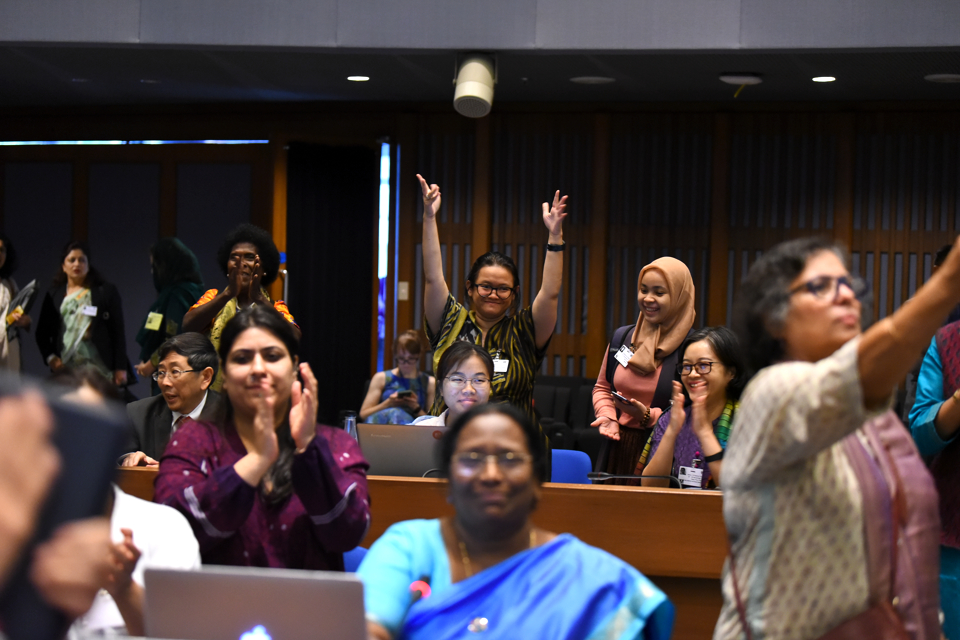 Laws and policies can provide the foundation for a coordinated and comprehensive approach to violence against women (VAW). While a historic number of laws and policies against violence are now in place, these laws may not address all forms of violence, and implementation is still lagging behind due to a lack of resources. In many countries, marital rape or sexual harassment are not defined and criminalised. Survivors continue to face serious challenges to obtaining justice because of discriminatory attitudes and practices rooted in gender-based discrimination and gender inequality. Police and justice protocols and officials are often not sensitive to survivors’ traumatic experiences. Measures to strengthen effective implementation should include training of officials who handle cases of violence against women, the establishment of mechanisms for monitoring and impact evaluation, as well as accountability and better coordination. Committing adequate human and financial resources is also essential.

When brought into alignment with international human rights standards, such as those contained in the Convention on the Elimination of all Forms of Discrimination against Women (CEDAW), laws and policies can play a positive role in changing attitudes and behaviours in the long term, especially when they are accompanied by complementary strategies for social norms change to end violence and promote gender equality. When laws are passed, funded, and implemented, they convey a strong message that violence against women is not tolerated and that it is the right of every woman to live free of violence.

UN Women works to influence the adoption of advanced and comprehensive normative frameworks on ending violence against women and girls and partners with Governments and women’s advocates for their implementation through the adoption, strengthening and implementation of national laws, policies and strategies.

In Viet Nam, UN Women contributed to the Government’s approval and funding of the National Thematic Project on Gender-Based Violence Prevention and Response, which was developed to support the implementation of laws in this area. The Government now plans to adopt strategies from UN Women’s Safe Cities and Safe Public Places programme and from past work on community mobilisation and engaging male advocates and volunteers through partnerships with the Da Nang Women’s Union.

Police and justice officials are on the front lines of implementing laws and polices regarding violence against women, and living up to legal commitments to prevent violence, protect survivors and those in danger of harm, and provide redress and justice to those affected by these crimes. Yet, many survivors report their interactions with police and justice officials to be challenging- often feeling blamed and misunderstood for crimes committed against them. UN Women works with police and prosecutors to transform approaches to engaging with survivors and deepening focus on survivor-centered approaches. The release of the Training Package for Prosecutors Responding to Violence against Women and Girls in Asia and the Pacific is an asset in this cooperation with prosecutors and justice officials, and takes a notably different approach- focused on unpacking violence, power, and biases.

UN Women, along with other UN organisations and the Governments of Viet Nam and Thailand, created the region’s first comparative study on why survivors of rape fail to get justice. The study, “Trial of Rape: Understanding the criminal justice system in response to sexual violence in Thailand and Viet Nam”, has led Viet Nam to adopt new gender-sensitive guidelines for rape trials.

Training Package for Prosecutors Responding to Violence against Women and Girls in Asia and the Pacific
Training Manual on Enhancing Attitudes of Police towards Survivors of Violence Against Women
THE TRIAL OF RAPE: Understanding the criminal justice system response to sexual violence in Thailand and Viet Nam