I am Generation Equality: Sohini Bhattacharya

Ahead of the Generation Equality Forum, hear from Sohini Bhattacharya about the importance of working with the youth to transform social norms and prevent gender-based violence. Learn more

UN Women and its partners provide critical support to women and their families as the country struggles to cope with the second wave of the pandemic. Learn more

"Investing in the lives and livelihoods of India’s women is crucial to the nation’s full recovery" by Susan Ferguson is the UN Women Representative for India. Learn more

Since April, COVID-19 cases have skyrocketed in India, placing a severe strain on the health system. Hospitals have run out of beds and oxygen, medication is running low, and there are vaccine shortages. DONATE NOW!   Learn more

‘Women at work’ in Delhi Metro

Two trains each on the Blue Line and Yellow Line will showcase ‘Women in the Changing World of Work’, drawing attention to the need for equal pay for work of equal value... Learn more

UN Women’s Office based in New Delhi covers four countries: India, Bhutan, Maldives and Sri Lanka. In these countries, we strengthen women’s rights by working with women, men, feminists, women’s networks, governments, local authorities and civil society.  With all of them, UN Women helps to create national strategies to advance gender equality in line with national and international priorities.

In India, UN Women builds on a strong foundation, working closely with the Government of India and civil society to set national standards for achieving gender equality. In Bhutan, Maldives and Sri Lanka, UN Women works through the United Nations to ensure that women become equal partners in development. 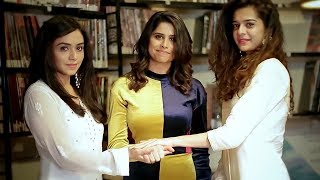 Mujhe Haq Hai the video, brings women from all fields, from all parts of India, achievers, and celebrities together.

The Government of India launched the Smart Cities Mission on 25 June 2015. The objective of the mission is to promote sustainable and inclusive cities that provide core infrastructure and a decent quality of life to their citizens; a clean and sustainable environment; and the application of “smart” solutions. Women constitute a little less than half of the urban population in India. It is crucial that the design of upcoming smart cities is gender... More

EQUAL HALF - a documentary film from India

Women form half of India’s population and make enormous contributions to its economy, yet they lag behind in almost all socio-economic indicators. How to ensure women have access to equal resources and opportunities? more