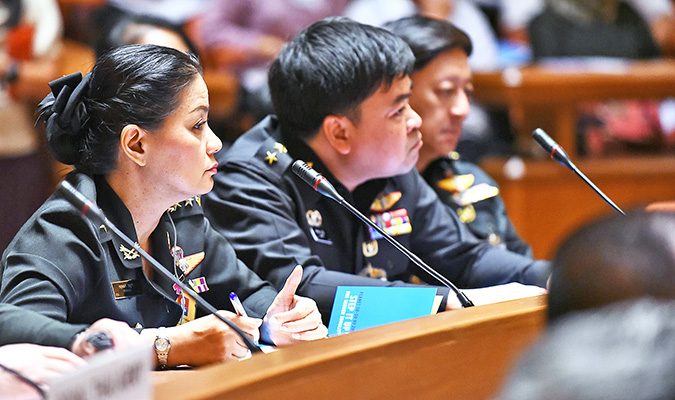 Conflicts affect women, men, girls and boys differently. Each group has specific priorities and needs that must be addressed through targeted approaches.Over recent decades, the nature of conflict has changed. Today the majority of conflicts in the Asia Pacific region are sub-national, localized, and protracted - leaving deeply rooted and long lasting effects. It is estimated that these conflicts have directly affected over five per cent of the population of these countries on average[1], with significant impacts on women and girls.

UN Security Council resolution 1325, unanimously adopted in 2000, acknowledges the importance of the participation of women and the inclusion of gender perspectives in peace negotiations, humanitarian planning, peacekeeping operations, post conflict peacebuilding and governance. Since its adoption, a body of internationally agreed upon norms and standards that relate to women, peace and security (WPS) has emerged and been advocated by the United Nations for implementation by Member States.

Despite this framework and the milestones achieved, the 2015 Global Study on the “Implementation of United Nations Security Council Resolution 1325” highlights that obstacles and challenges still persist that prevent the full implementation of the WPS Agenda, including within the Asia-Pacific Region. Women and girls in the region continue to be excluded from peace processes, conflict prevention initiatives, and relief and recovery efforts. High prevalence of sexual violence, low participation rates of women in formal peace processes, limited political will to fully implement National Action Plans on Women, Peace and Security, and a lack of financing for the WPS agenda all significantly inhibit progress.

UN Women recognizes that peace is only sustainable if women are fully included, and that peace is inextricably linked with equality between women and men. Women bring different perspectives and capacities to conflict prevention, peace-making, peace keeping, peace building, recovery and reconstruction. In addition to women’s meaningful participation being critical to the stability and formation of inclusive governance and post-conflict reconstruction efforts, women’s engagement also strengthens gender justice through the reform of laws, judicial systems and political processes. The 2015 Global Study found that increasing women’s involvement in peace and security processes promotes efficiency and effectiveness in all areas of peace and security, including post-conflict economic revitalization, and improves the access to and use of humanitarian services by women, men, girls and boys. Furthermore, women’s participation in peace process mediation and negotiation efforts dramatically increases the likelihood that peace agreements reached through those processes will be sustainable.

UN Women’s role in the Asia Pacific region includes mainstreaming gender in peace and security operations at all times, raising awareness, supporting women’s capacity building on peace mediation and advocating for gender-sensitive policies and programmes. In addition, UN Women has been actively promoting women’s participation in conflict resolution dialogues and peace and security processes, and the integration of gender equality perspectives in all aspects of informal and formal peace building efforts across the region.

Specifically, the UN Women Regional Office for Asia and the Pacific supports WPS through national led mechanisms and processes: 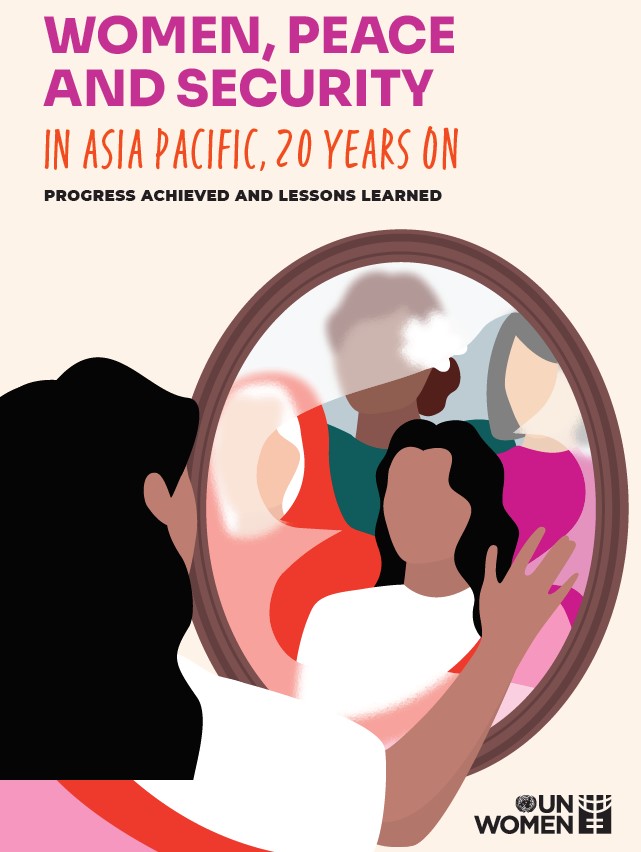 This publication takes stock of the progress as well as the gaps in implementing WPS in the Asia Pacific region over the last 20 years, and builds upon the lessons learned to move the WPS agenda forward in the years to come. More