Taking stock of the agenda for women, peace and security in Asia Pacific, 20 years after key UN security resolution 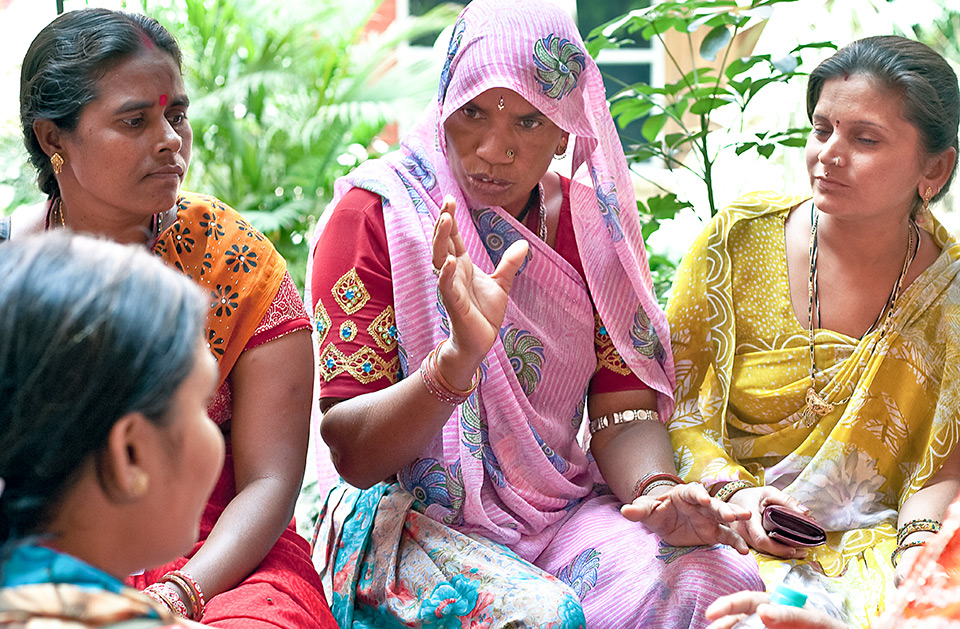 Women leaders of all ages at the Democracy Day Celebration in India. The celebration was organized by UN Women and the Institute of Social Studies to recognize the work of elected women representatives around India, 2011. Photo: UN Women/Gangajit Singh Chandok

Bangkok, Thailand – The 20 years since the adoption of the UN Security Council Resolution 1325 on women, peace and security (WPS) have seen a rise of new challenges in the area. Terrorism, migration and displacement, climate change and most recently the COVID-19 pandemic have all had their own distinct gendered impacts in Asia and the Pacific region.

These evolving threats disproportionately affect women and girls and make it more urgent than ever to improve women’s opportunities to become leaders in decision-making, peacebuilding and conflict prevention.

“The pandemic is a conflict multiplier,” said Jacqui True, Professor of International Relations and Director of Monash University’s Centre for Gender, Peace and Security. “Women’s roles in preventing conflict and in responding to the health crisis are vital to enhance community resilience.”

To mark the 20th anniversary of the landmark UNSCR 1325, UN Women Regional Office for Asia and the Pacific organized and co-hosted a series of events to take stock of the progresses and gaps in implementing the WPS agenda in the region. The month-long celebration included events looking at issues that never would have crossed the Security Council’s desks 20 years ago, indicating just how much the agenda has evolved. For example, events included topics such as the participation of civil society in promoting social cohesion; on hate speech and use of technology for peacebuilding; and how masculinity and gendered power relations influence violent extremism in Asia. 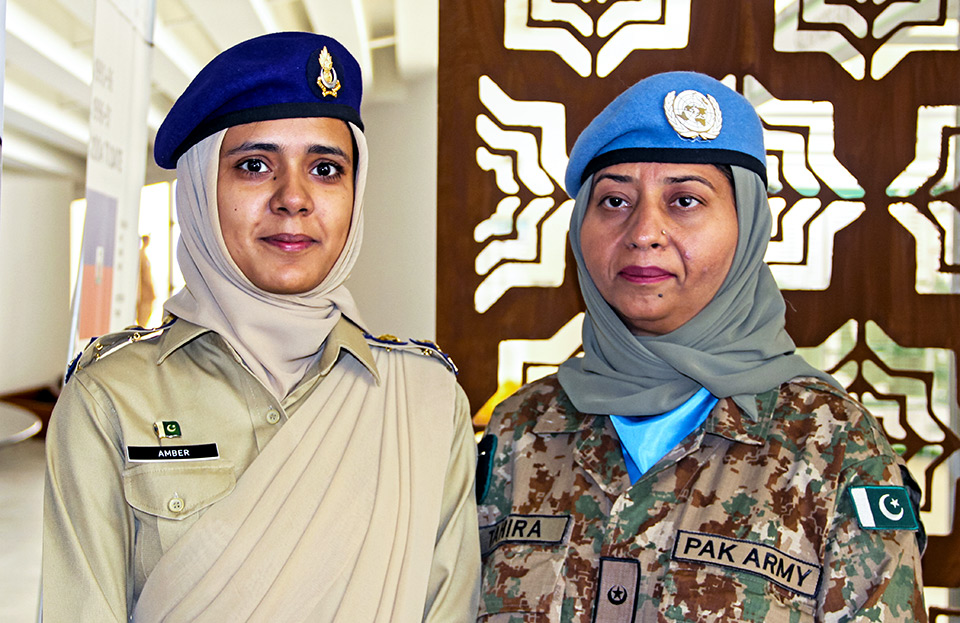 In the past 20 years, the number of female peacekeepers has increased in Asia and the Pacific. As uniformed personnel, women in Pakistan have contributed to building peace in conflict-affected areas, 2016. Photo: UN Women/Faria Salman

The events of 2020 will prove a pivotal test for the WPS agenda and its relevance, according to Professor True. To successfully implement resolution 1325, there is a growing need to look beyond conflict settings and apply a more holistic approach. She said, “The WPS agenda is meaningful to all societies in Asia and the Pacific, even though it faces unique challenges in the region due to a frequent misperception that it applies exclusively to conflict contexts.”

Challenges remain to the implementation of resolution 1325. In Asia and the Pacific, these include persistent under-representation of women in conflict prevention, resolution and recovery processes; lack of data and gender-sensitive conflict analysis among traditional peace and security actors; and limited financing for implementation of the agenda.

But many important advancements have been made in the region. There are now more female peacekeepers, as well as gender provisions in peace agreements and women participating in the negotiations than there were 20 years ago. In 2000 there were no national action plans (NAP) on WPS anywhere in the world; in 2020, 14 states in Asia and the Pacific have adopted NAPs or similar policies to implement the agenda.

Policies and frameworks that promote women’s rights are important to the work of activists across the region. “UN resolutions such as 1325 provide important opportunities for us to conduct our work,” said Mi Kun Chan Non, women, peace and security advocate in Myanmar. “We need something to lean on in developing our advocacy, particularly from internationally recognized women’s rights frameworks.”

Twenty years after the adoption of UNSCR 1325, WPS issues must become more of a priority if countries hope to build and sustain peace effectively. Another key factor will be the active and meaningful engagement of youth. Young women leaders such as Maskatul Zinan, joint secretary of the Women Peace Café in Bangladesh, encourage decision-makers to keep investing in youth as progressive change-makers on women, peace and security. “To me, peace and security means human rights and freedom. I believe that we, the youth, can take the biggest steps to eliminate gender inequalities and sustain peace.” 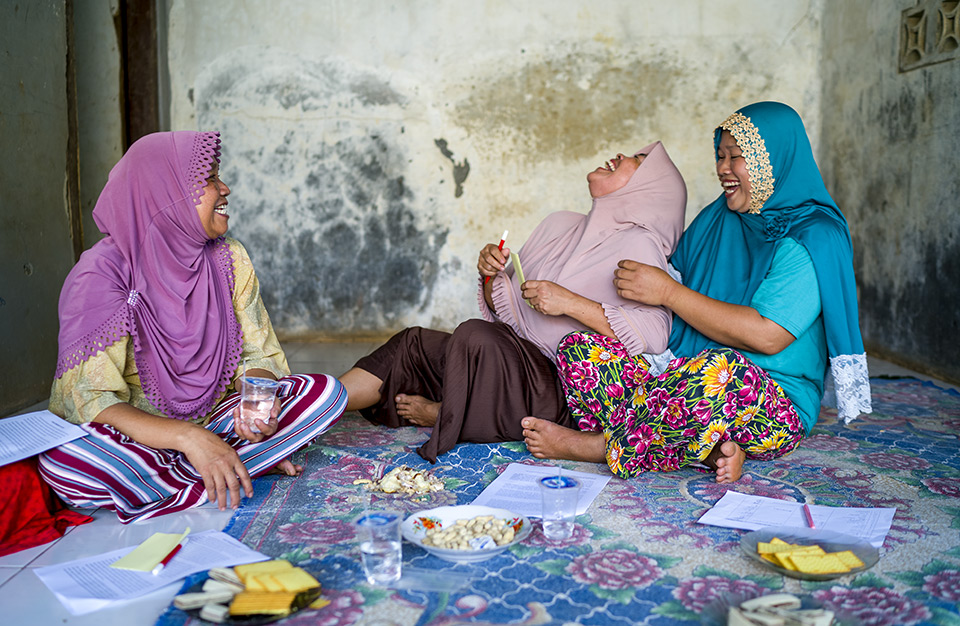 At the anniversary of resolution 1325, UN Women seeks to raise the voices of grassroots women peace activists who are leading in their communities. Read just a few of their stories:

From where I stand: “As an outspoken women’s rights activist, I have gained the confidence necessary to help Rohingya women from similar backgrounds as mine”

Women’s rights activist Lucky fled from armed conflict in Myanmar and is now living in a refugee camp in Cox’s Bazar, Bangladesh. She is committed to improving the lives of Rohingya women and girls in the camps, particularly by advocating for their rights to education and decision-making.

From where I stand: “There is nothing I want more than a peaceful community where we can live in our ancestral domain, practicing our traditional culture”

Aileen Kesa Marie U. Hualde grew up in an indigenous community under martial law in the southern Philippine region of Mindanao. After having to flee her own home as a child, today she is advocating for other indigenous women who are still suffering from the consequences of conflict, violence and displacement.

From where I stand: “I will never stop advocating for women’s rights and security. Because if women don’t feel secure, how can Myanmar be secure?”

Phyu Lin is a strong advocate for gender equality and human rights in Myanmar. For more than 20 years, she has been promoting the empowerment of women and gender justice in the peace process in the country’s civil and ethnic conflicts.

From where I stand: “Buddhist and Muslim women are cooperating to support the peace process in Southern Thailand”

For 17 years Pateemoh Pohitaedaoh has been promoting peace in Thailand’s southern provinces and the empowerment of women survivors of the region’s armed conflict, who include herself.

Related News
14/11/2022
Hardship and Joy in an Afghan Refugee Camp in Peshawar
10/11/2022
Civil society organizations call for equal and equitable justice
02/11/2022
Women led organizations are key to ensure the Women, Peace and Security Agenda
30/09/2022
Women in Sri Lanka call for stronger measures to protect their rights
22/09/2022
women and peace plan in the Philippines’ Bangsamoro region
END_OF_DOCUMENT_TOKEN_TO_BE_REPLACED