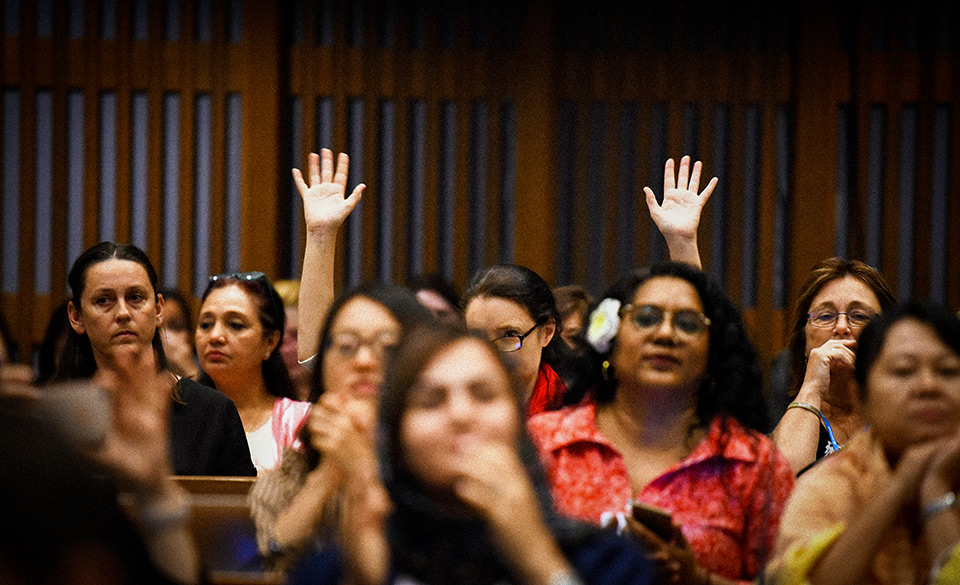 Studies show higher numbers of women in parliament generally contribute to stronger attention to women's issues. Women's political participation is a fundamental prerequisite for gender equality and genuine democracy. It facilitates women's direct engagement in public decision-making and is a means of ensuring better accountability to women.

Political accountability to women begins with increasing the number of women in decision-making positions, but it cannot stop there. What is required are gender-sensitive governance reforms that will make all elected officials more effective at promoting gender equality in public policy and ensuring their implementation.

One of the pillars of UN Women's work is advancing women's political participation and good governance, to ensure that decision-making processes are participatory, responsive, equitable and inclusive. Efforts are focused through strategic entry points that can advance the status of women by catalysing wide-ranging, long-term impacts.

Support is provided to equip women to translate the Convention on the Elimination of All Forms of Discrimination against Women (CEDAW), now ratified by the majority of the world's governments, into legal guarantees of gender equality. Another strategy is through working with multiple stakeholders, like women's organizations, governments, the UN system and the private sector, to bring more women into government, train women leaders, and boost women's skills to actively participate in elections as candidates and voters.

In Timor-Leste, UN Women is supporting women's political participation through a collection of programmes aimed at building the capacity of women to play effective roles as political actors and to improve the gender-responsiveness of governance structures.

The Programme for Enhancing Rural Women's Leadership and Participation in Nation Building in Timor-Leste (PERWL) targets Timorese rural women, with the aim of building the capacity of women leaders and groups at the national and local levels to participate in the process of nation building.

Activities supporting increased participation of women in politics include:

In Aceh, women remain underrepresented in political and decision-making positions. Even though Aceh takes pride in its history of women leaders and heroines, prevailing cultural and social norms in Aceh regard politics as a male arena.

The period of transition after a conflict provides an opportunity to create a democratic and equal society. To make the most of this critical period, UN Women supported partners to:

UN Women, UNEP and Sweden Renew Commitment to Support Women’s Resilience to Disasters and Climate Change
Treading towards a secure future by threading needles and trading produce
New deal between the Federation of Thai SMEs and UN Women to boost women-owned businesses
A breath of hope for Rohingya women in Myanmar’s Rakhine state
Sri Lanka: Rebuilding lives and livelihoods, leaving a long conflict behind
END_OF_DOCUMENT_TOKEN_TO_BE_REPLACED

A direct threat to women’s political participation is online hate speech and misogyny, which has increased dramatically since the outbreak of the pandemic and has a chilling effect on women’s ambition and opportunity to be politically active. In building back better, women’s safety in the online sphere needs to be guaranteed to support democratic progress and improve gender equality in public life, during COVID-19 and beyond.. Read more 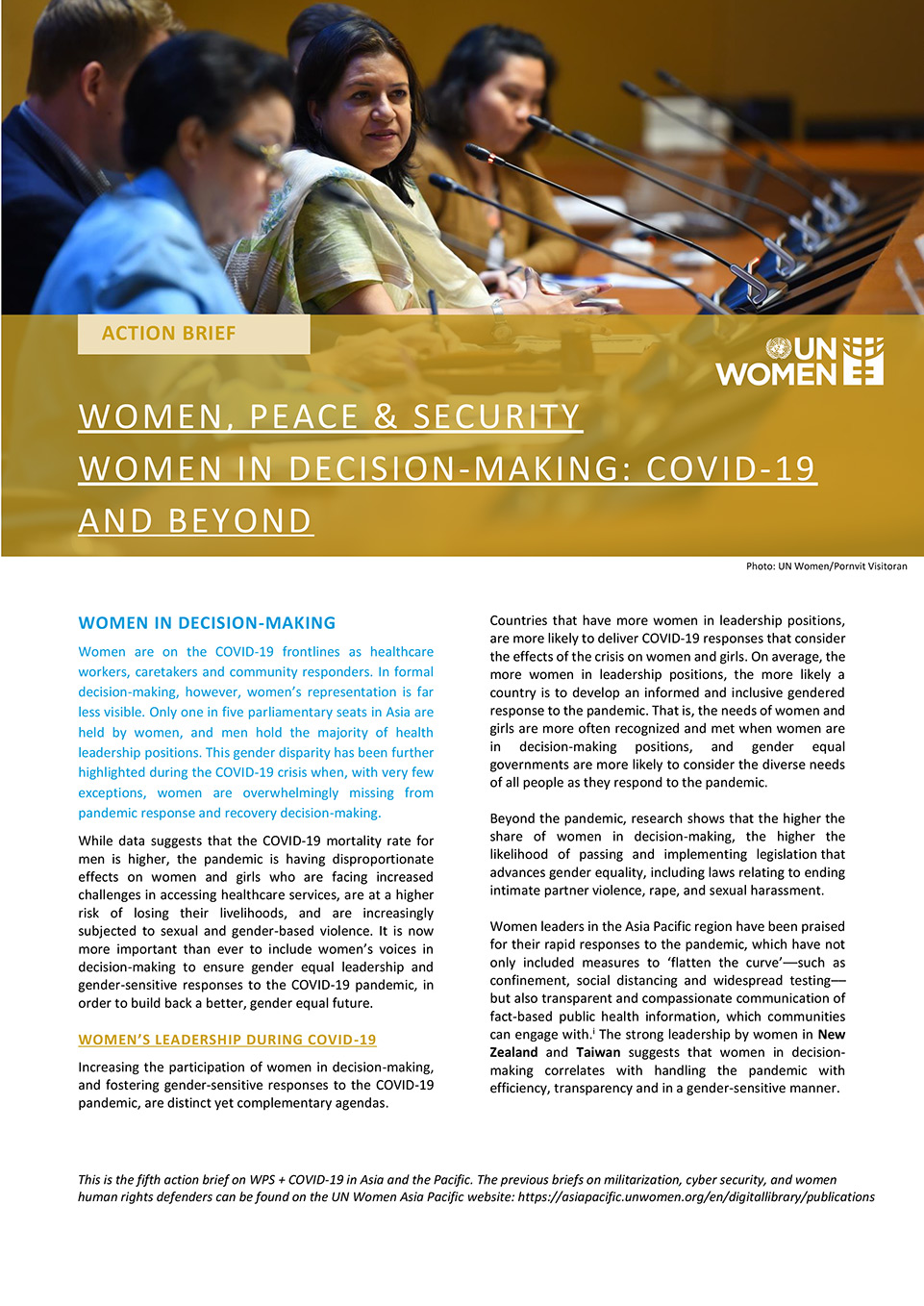 Women, Peace & Security
Women in decision-making: COVID-19 and beyond

In formal decision-making, however, women’s representation is far less visible. Only one in five parliamentary seats in Asia are held by women, and men hold the majority of health leadership positions. This gender disparity has been further highlighted during the COVID-19 crisis when, with very few exceptions, women are overwhelmingly missing from pandemic response and recovery decision-making. Read more