Women and girls contribute and benefit equally from sustainable peace and resilience, prevention of natural disasters and conflicts, and humanitarian action 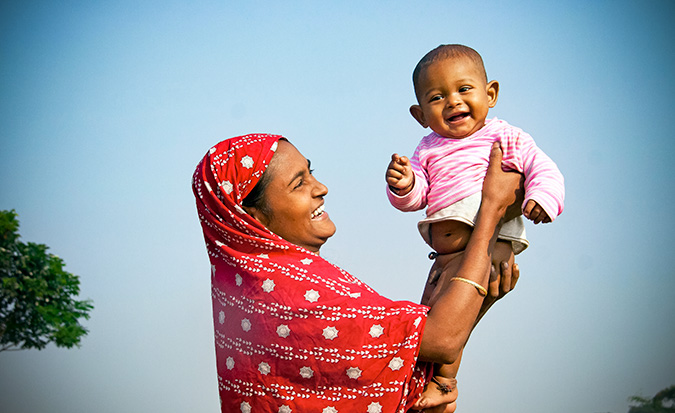 Whether during natural disasters or a humanitarian crisis, pre-existing gender inequalities for women and girls’ result in them facing barriers in responding and adapting to, as well as recovering from the crisis. Bangladesh is one of the country’s most at risk from the negative impacts of climate change and one of the most disaster-prone countries in the world. Ranked as the fifth most at-risk country from disaster in the World Risk Report 2016, the country has been shaped by the impact of both extensive and intense natural hazards. Despite the country’s good reputation in facing disasters, the country was positioned sixth among the seven South Asian countries in the 2014 Women’s Resilience Index on preparing for and recovering from disasters. Low representation of women in decision-making processes has an implication on women’s ability to influence DRR and climate change decision-making processes and their implementation. Furthermore, women’s limited voice also means that women may not be able to benefit equally from climate change and DRR resources made available to the country.

Bangladesh is also currently facing one of its worst humanitarian crisis as a result of the large-scale influx of Rohingya refugees from Myanmar. The number of refugees now total more than 900,000 with 52 per cent of them being women and girls. Women, particularly women heads of households, elderly and adolescent girls, urgently need special measures that provide them integrated support that give them access to information and services that will safeguard their health, safety and security, access to resources and opportunities that will mitigate risks of being exploited and enhance self-reliance and participation in decision making.

Another challenge that Bangladesh faces in terms of maintaining peace and security is the mounting social unrest. To add to this, a confluence of factors including political environment has created a space for religious extremist groups to flourish. The country’s maiden female suicide bombing attack marked a new phase of the phenomenon, where women and girls are deliberately targeted for recruitment and increasingly playing a combat role.

How we are making a difference