Punjab, Pakistan — In making public transportation facilities accessible, ‘safe’ and ‘harassment-free’ for women and girls, a pilot has been launched in Lahore, Punjab to conduct women’s safety audit in public transport to assess women’s perceptions on safety as well as actual safety, and increase their participation in local decision-making. Internationally recognized as a ‘best practice’, a women’s safety audit tool is being introduced in Pakistan for the first time. 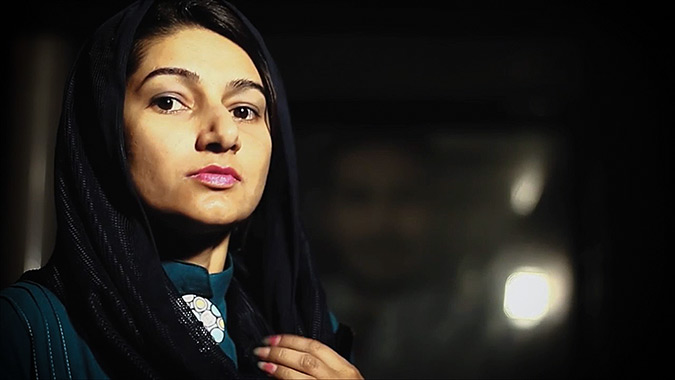 Public transport and waiting areas in Pakistan need to be safe, accessible, and responsive to the distinct needs of female commuters. Photo: UN Women/Sarah Rehman

Local studies on women’s mobility reveal that women’s movement and their use of public transport is compromised due to the discomfort, social stigma, and fear of harassment when they are compelled to sit in close contact with unrelated men. Women also face distinct challenges from men when accessing public transport, including threats to their safety when walking to and waiting at bus-stops and while traveling on public transport. The Government of Punjab has attempted to address these concerns through their transport policy by introducing separate sections in buses and running women-only buses to ensure women’s rights for mobilization. However, the challenges still remain in ensuring women’s safety and comfort on public transport.

As a part of its ‘Safe Cities’ project, the United Nations Entity for Gender Equality and the Empowerment of Women (UN Women) in collaboration with Punjab’s Women Development Department (WDD) and Aurat Foundation (AF) will pilot a Women’s Safety Audit in Lahore City with support from the Government of Australia. This initiative will be carried out together with the Punjab Safe Cities Authority (PSCA), the Chief Minister’s Strategic Reforms Unit (SRU), and the Punjab Commission on the Status of Women (PCSW).

In addition to determining on-ground safety issues faced by female commuters, through interviews, focus group discussions and safety walks, the Safety Audit will: (i) provide statistics on the types and level of threats faced by women; (ii) identify gaps and barriers of transport services to prevent and respond to harassment; and (iii) put forward actionable recommendations for the local government, transport authorities, corporates and other stakeholders to end violence against women travelers. The Safety Audit will be conducted in selected bus stops operated by the Lahore Transport Company (LTC) and the Metro Bus System (MBS).

Jamshed Kazi, Country Representative of UN Women Pakistan, speaking of the ‘Safe Cities’ project said, “Gender equality, women's empowerment and the prevention of violence against women in private and public spaces is a precondition for and objective of sustainable urban development. It means making cities sustainable for women and girls but it's also about making it sustainable for all. UN Women has recognized that violence against women and girls impacts not only women, but entire families, communities and cities. We have taken an important first step to bring this neglected issue to the forefront by hearing first-hand from women and girls who experienced sexual harassment and violence against them in public spaces, highlighting the impact and the universality of the issue. With our partners, we look forward to creating safer, smarter and more sustainable cities and communities where women and girls can move around easily, travel to school, markets, work or for leisure with equal rights, dignity and equal opportunities.”

Speaking of the pilot, Bushra Aman, Secretary of WDD said, “In aspiring for a safe city for everyone, a focused initiative is being undertaken to assess safety of public spaces for women. The planned Safety Audit will serve to supplement the government’s priorities for women empowerment in Punjab. Safety concerns of the public transport in Lahore are being addressed to curb harassment of women in waiting areas and metro bus stations. Significant inputs leading to policy and implementation changes in urban planning are foreseen after the conclusion of the Audit being jointly undertaken by WDD and UN Women.”

Mumtaz Mughal, Resident Director of AF shared, “The Women’s Safety Audit in public transport in Lahore is a unique initiative amongst many of the AF’s past endeavors to address women’s mobility and safety issues in public spaces. This pilot research project will identify problems faced by female commuters on public transport. The policy recommendations of this study will inform the provincial plans and policies and contribute towards making urban planning more gender-responsive.

Akbar Nasir Khan, Chief Operating Officer of PSCA spoke of how the Authority was tackling women’s harassment through technology: “A Women Safety Smartphone Application was launched early this year and has a panic button which connects the user to the Police and emergency services through the phone number 15.” “I am confident that this partnership will ensure women’s safety in public places and enhance their opportunities to participate in public life fearlessly. Conducting a Women’s Safety Audit, is also an integral part of the PSCA application, and the Authority commits its support in this endeavor,” he added.

Salman Sufi, Director General of SRU shared, “The Women’s Safety Audit is another step to ensure effective mechanisms for action over harassment incidents in public places are developed. The Punjab government has prioritized women’s protection and security, and the data collected through this Safety Audit, which includes data from the women's safety smart phone application, will be useful in initiating innovative approaches to eliminate harassment and violence against women.”

Fauzia Viqar, the Chairperson of PSCW) spoke of efforts to ensure women’s safe mobility in public spaces: “The equality of women’s citizenship constitutes, in significant part, of their equal right to participation in public spaces and public life. This cannot be ensured if women face constant fear and impending harassment jeopardizing their participation in the economy. To address the lack of street safety for women, the newly launched smart phone application includes a special button for women’s safety that provides access to the PCSWs helpline (1043) and an option to mark unsafe spaces. The application makes it easier for women to report instances of harassment at all times. The new initiative of UN Women to conduct a Women’s Safety Audit in collaboration with WDD will contribute significantly to assessing women’s experiences and sources of harassment in Lahore.”