The women of ASEAN already contribute significantly to the ASEAN economies. Yet many obstacles remain which must be removed to ensure their equal participation in and benefit from ASEAN economic growth and development. This was one of the main findings of the research report on the Projected Gender Impact of the ASEAN Economic Community, undertaken by the ASEAN Secretariat, UN Women and the German political foundation Friedrich-Ebert-Stiftung (FES) with the support of the Australian Government Department of Foreign Affairs.

Economic growth across the 10 Member States has averaged 5 percent a year, and the job market for the population of 622 million is estimated to be worth 2.6 trillion dollars annually. But women’s lack of equal opportunities costed the region’s economies an estimated 18 percent of GDP, or almost half a billion dollars in 2015. 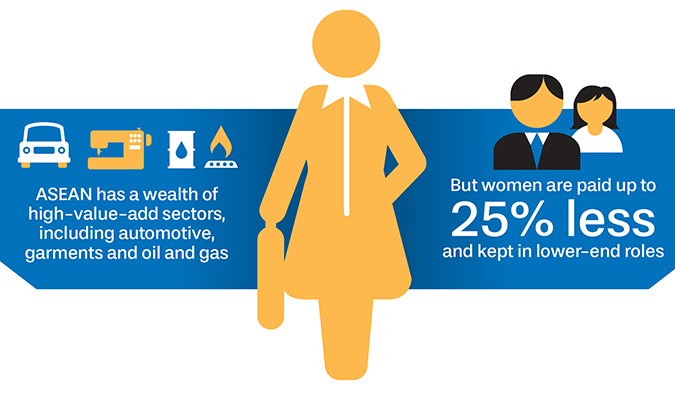 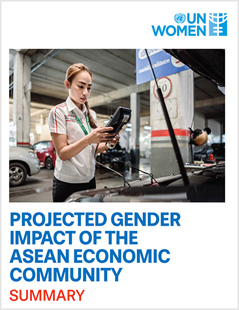 An extended summary of the detailed research report titled ‘Projected Gender Impact of the ASEAN Economic Community.’ The study was conducted across the ASEAN Member States in 2015 and findings published in March 2016. The main report was endorsed at the ASEAN Council meeting in November 2015 and disseminated among all relevant stakeholders in March 2016.Readers are requested to refer to the main study report... More