A girl born in the year of white horse’s year: a survivor of sex-selective abortion 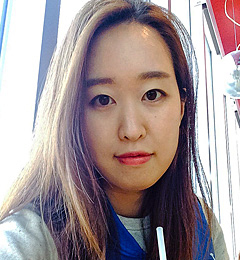 One day, I read an article that Korea become the first country in Asia with a balanced sex ratio between newborn boys and girls. Now the ratio is down to about 105 boys to 100 girls, similar to other Western countries such as Canada. I was born in 1990 when the imbalance was particularly serious due to a myth on Chinese zodiac: a girl born in a white horse’s year is “too strong to be a girl”. The year 1990 was a year of white horse, according to the zodiac. And the sex ratio at the year was 116.5, the highest in the history. There were some cases that a girl born in January to March 1990 but registered as born in late 1989. The Same trick was applied for those girls who were born late in the year. The year 1990 was a tough year for newborn girls. And I was born in the year. I survived, thank my parents. Luckily, my parents already had a boy before me. If they had a sister before me, maybe they didn’t want to give a chance to me. That’s how Korean society treated girls.

Going back to the article at the beginning, I felt glad that the long history of boy preference in my country decreased. This is, indeed, a good news. However, this does not mean that my country is now a gender-equal country. Maybe the elimination of sex-selective abortion is just a beginning of the long journey to achieve the gender equality. Now girls have a right to be born just as boys do. Next step is up to their parents, the society, and even themselves.

After I was born, I can say my parents raised my brother and me in an equal way. They gave us a similar level of education (actually, I am more educated than my brother), they took us a hospital when we were sick, and they both loved us equally. However, still, my parents think my brother is more reliable than me. Maybe because my brother is older than me, and they expect him to be a leader of my family after my father. Because he is a boy. And because I am a girl, and there is an old phrase that “daughters are not regarded as part of her family after marriage”. I still can feel the deeply rooted patriarchy in our society.

One interest thing is; the society thinks us-women in 20’s-are the most privileged group in the society. According to a survey administered by Korean Women’s Development Institute in 2015, 30 percent of participants reported that women in 20-30’s are the most privileged group in our society. The percent goes up for the teenagers: 41 percent picked women in 20’30s. However, women don’t think they are privileged compare to other groups. 2 in 3 female respondents answered that men are more privileged than women.

Now, the girls survived in the white horse’s year become late 20’s. We were not discriminated when we were in schools. We only competed for each other by school record. There was no gender inequality in test scores. The more you study, the higher your score is. However, the society after school is still harsh to the girls. We have started to look for a job, form a family and even have a kid. However, the unemployment rate of 20’s women is highest ever since the late 1990’s, when Korea was suffering from the IFM crisis. The income gap between the two gender is the biggest among the OECD countries. The government encourages us to get married and have children but we hesitate to do those tasks. We were born, but we lost our way.

The word “Feminism” is the most controversial word in Korean society. If the feminism movement was only with a few feminist, not it is everybody’s movement. And in the storm, there are women in 20’s and 30’s. We are finding our way after the survival. Maybe I am more privileged than those girls who couldn’t have a chance to enjoy a life. I survived, and my survived in the war of sex selection. Now it’s time to protest for gender inequality. I wish to fully enjoy my life. This is very simple. I wish to go wherever I want to go, whenever I want to go. I want to get married who I love, I want to be a part of the society as much as I can do. What I want from the society is also very simple: guarantee my rights as a citizen.

Younghwa Choi, a volunteer for Korea International Cooperation Agency (KOICA) who has been working on ending violence against women and girls.