New Delhi, 23 July 2012: At the India premiere of the Oscar award winning documentary, Saving Face, the audience walked away touched by the courage of Zakia and Rakshana. Screened by Asia Society and UN Women, the film chronicles the lives of these two Pakistani women who had acid thrown on their faces by their husbands. The film follows them as they attempt to bring their assailants to justice and move on with their lives.

Speaking at the premiere, the film director Sharmeen Obaid-Chinoy commended the remarkable courage of women in the film who “see their faces in the mirror everyday and continue to fight for justice”. She said that their fight was in “itself an inspirational story”. 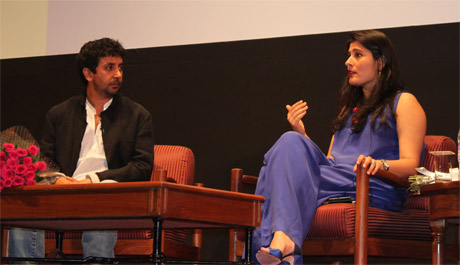 Every year in Pakistan many people – the majority of them women – are victimized by brutal acid attacks. “Our job as film-makers is to carry the messages and begin the discussion. Saving Face has started the conversation on acid violence in Pakistan,” said Ms Obaid-Chinoy.

Talking about the making of the film, the director said: “The first week was very tough – meeting the acid survivors was difficult as I couldn’t reconcile myself to the reality that women face today. There were two extremes – there was a Rukshana and then there was me.”

Acid attacks in Pakistan are now punishable with life imprisonment. Zakia’s husband was sentenced to two life terms – the first such case under a new law that was amended in December 2011. 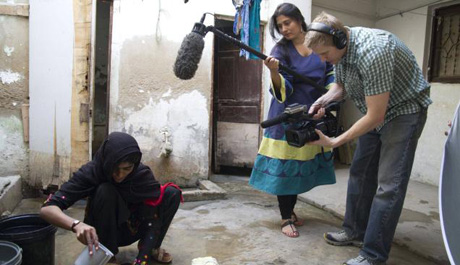 A still from Saving Face, a documentary on acid attacks. Photo: Special Arrangement.

Acid violence is not just Pakistan’s problem. It is prevalent in Bangladesh and India and reflects deep-rooted gender inequality and patriarchal attitudes. Acid is used as it is cheaply available in these countries. Most victims are targeted because they have spurned advances made by men or taken a stand against their husbands.

Laws however are making a difference. Research by Cornell Law School shows that after Bangladesh adopted the law in 2002, the rate of acid violence decreased by 15 percent to 20 percent each year.

In India, the Cabinet has recently approved changes in the separate IPC section called 326-A, which will cover injury, hurt, burns and disfigurement of any body part by acid with 10 years of imprisonment and 10 lakh Rupees as fine. 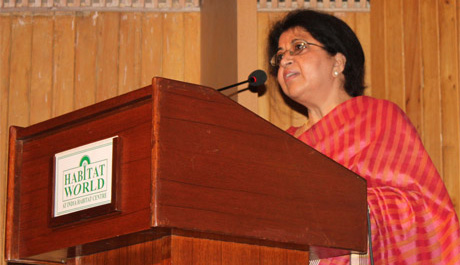 The film was screened in Mumbai on 24 July , followed by a conversation between Sharmeen Obaid-Chinoy and Kiran Rao, Filmmaker, Dhobi Ghat. 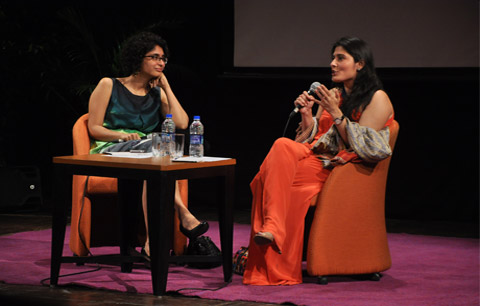 “We were very proud to bring this important film to Indian audiences for the first time,” said Asia Society India Centre’s Executive Director, Bunty Chand. “It builds awareness about some of the atrocities and injustices that women encounter in a very poignant way, creating conversations about the serious problem of acid-violence against women, which is faced across and beyond South Asia. Having Sharmeen interact with audiences here also served to change the perceptions that many here hold about our neighbours, and facilitated a new kind of conversation about the shared challenges that India and Pakistan face.”

Sharmeen and conversationalists, Ashvin Kumar and Kiran Rao engaged in deep discussions with the audience following the film, speaking about aspects from the difficulty of maintaining subjectivity while interviewing perpetrators of violence, to the reasons behind why women choose different recourses to the issue, from fighting cases against their attackers to accepting the violence and continuing to live with abusive families.

Related News
06/02/2014
International Day of Zero Tolerance to Female Genital Mutilation
30/11/2021
Knowledge Hub on Labour Migration in South Asia Launched
07/10/2021
From Where I Stand: “Seventeen is too late for children to learn what sexual assault is”
11/08/2021
I am Generation Equality: Krishna Sodha, Physicist and Social Worker
11/08/2021
Take Five: “Make sure all toxic cycles of family traditions end with you”
END_OF_DOCUMENT_TOKEN_TO_BE_REPLACED