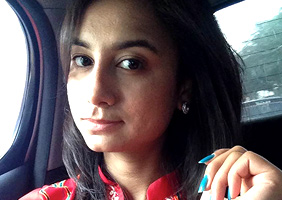 Out of various other rights, the right to own land is another unnoticed subject which most of us don’t care to discuss. While seeking for gender equality rights in every walk of life, there is a need for women to claim equality for ownership of land as well. In many societies, there are no precise land rights for women due to cultural stereotypes or religious norms.

In developing countries, 80% of the food production is done by women, even if often they don’t own land.

The Universal Declaration of Human Rights’ Article 17 mentions that everyone has the right to own a property in correlation or unaccompanied and the Convention on the Elimination of All Forms of Discrimination against Women declares in Article 13-16 that ‘For the ample living and economic empowerment of women, it is essential to provide them equal land rights as of men’. 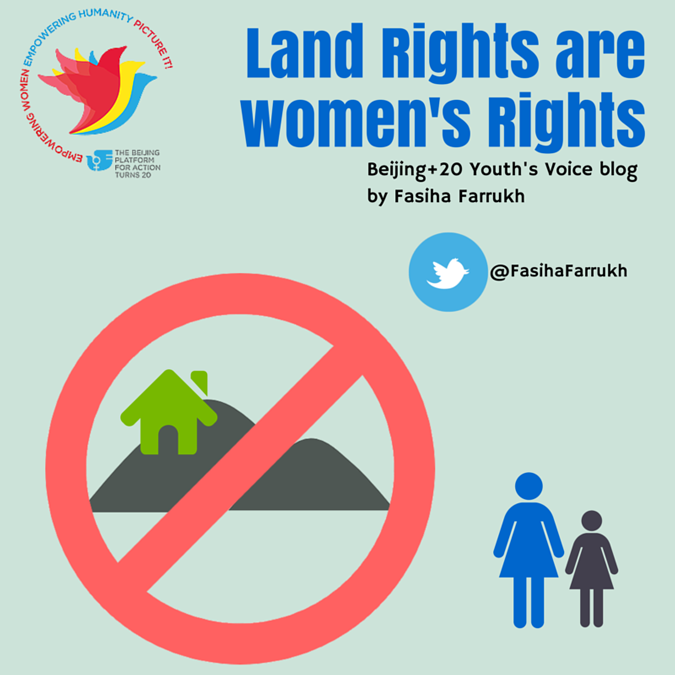 Women in Pakistan don’t have an easy access to land, especially in the rural areas. 10.36% of the population is landless. It has been claimed that women’s access to land will intimidate the affinity and family arrangements, the argument brings up that claims to land will refute the ethical authority, which will result in violence. In the contrary, the constitution of Pakistan makes certain that every citizen can have possession of property.

Due to unequal access to land, women in Pakistan are often obligated to live in poverty, under deprived economic conditions and inequitably treated. With the risk of facing violence increases, they have to be dependent on men. Not only their basic rights are compromised, but this difficulty in accessing land causes underemployment, lack of political participation and exclusion.

The Beijing Declaration mentions that a majority of the population living below the poverty line are women, mainly because they don’t have proper economic resources. Access to land is a basic way to improve economic and social conditions. In developing countries, there is a need to boost women’s prolific capability, whereas, in developed countries, this productivity ratio is almost equal.

To get rid of poverty, to enhance the country’s GDP, to eliminate domestic violence, to end inheritance discrimination and to attain gender equality goals, it is crucial for Pakistan to ensure women’s land rights by advancing inclusive land reform legislations. As a Member State of the United Nations, Pakistan bears this onus of providing land rights to women.

Economic Empowerment for Gender Equality is the recent concern which has made the entire world to accelerate their efforts towards achieving it & reaching for the top spot.

As per the recent rankings of WEF, many countries like France, the US, and Rwanda have made progress towards attaining the task of gender equality by confining their pay gap. While talking about Pakistan, unfortunately the country has slid down to the 141 spot which is placing it on the second last spot amongst 142 countries. Earlier, Pakistan was on the 112 spot in terms of women’s participation in the economy.

Research shows that women in Pakistan earn only 66% of total earnings of men. In many job areas of public & private sector, both women are earning way lesser than the men. Women working as a daily wager, also do not get the equal pay which is mainly due to the cultural barriers and social norms of considering woman as the second citizen, whereas, the nature of the job remains same for them as of men.

The Article-27 of the Constitution of the Islamic Republic of Pakistan protects the rights of equal remuneration for equivalent work. Still, there are not any precise implementations of these defined laws in Pakistan for women’s equal income rights. This is the key reason which drops Pakistan in the lower rankings of gender equality along with the global economic growth rankings as well.

Despite having the same set of skills, expertise, educational degrees & giving the equal clock time, women are unable to get paid alike.

By suggesting & instigating the precise measures in this area, there are absolute chances that Pakistan can taper the gender pay gap ratio, which will result in an increase of its GDP as well.

The Beijing Declaration gives emphasis towards the objective of empowerment, equality, and growth of the women around the world. Pakistan is the member of the United Nations and owing to that membership, it is compelling to meet the terms of Beijing Declaration too.

The possible solution for narrowing this pay gap ratio is by establishing the legislation of Remuneration Audit, or Remuneration Law. This legislation can be executed as a mandatory one for all the registered and unregistered companies which will ensure that every employer is paying the equivalent amount of remuneration to their female employees and if not, then what are the rationales for that. As for every company, an annual audit is a mandatory rule, same as that this will be the new clause of Employment Law. This law will make certain about every employee getting paid in an equal manner and without any discrimination.

Stern statute & proper application of this legislation by regulating authorities can definitely help Pakistan's women to earn their rightful wage/salary & can participate in a better way towards the country’s economic growth.

EDUCATION, GENDER EQUALITY - VOICES OF ME

I consider it as an important task to raise our voices for the women of the world.

We see everyone talking about the Human Rights while ignoring and violating the biggest branch of HR which is Women’s Rights. Women encompasses half of the world population, but still they are facing inequality on many forums.

Being a liberal and strong feminist, I am a vocal Women’s Rights advocate who wants every woman of my country Pakistan and from around the world to emerge as an independent and productive person. Women are marking themselves in every ground and working alongside with the men in our society, then why are they still facing such situation where they have to go through the social violence, pay gap, domestic sadism, inappropriate health facilities, education barriers, etc. In my opinion, the time is here to engage everyone for the gender equality and not only raise your voices, but prove it with our acts as well.

Pakistan has almost 51% of the population made up of women with the literacy rate of 45%. Many women here lose their lives in the cases of domestic violence, honour killing, and many are forced to live regardless of their consent in basic walks of life. For how long this will continue? We are ready to accept the advance living, but we are not ready to advance our mind sets? This inequality and injustice have to be ended by making efforts for it. From my perspective, the transformation in any society occurs when people start to modify their thinking and we have to do that by Empowering our Girls and Women.

I believe that together we can make things happen, either you are a man or woman. Everyone has to come along if we want to live in a better world. I want to be that voice who could raise for the rights for every woman out there and there is a lot to do in this regard.

I would like to quote this saying by G.D. Anderson which depicts the facts that "Feminism isn't about making women strong. Women are already strong. It's about changing the way the world perceives that strength."

I am an active Columnist with the UK-based magazine The Inflectionist: http://theinflectionist.com/the-team/ in which I share my views and perception about the ongoing current situation of the world. Whereas, my main forte is to write for the betterment of our women.