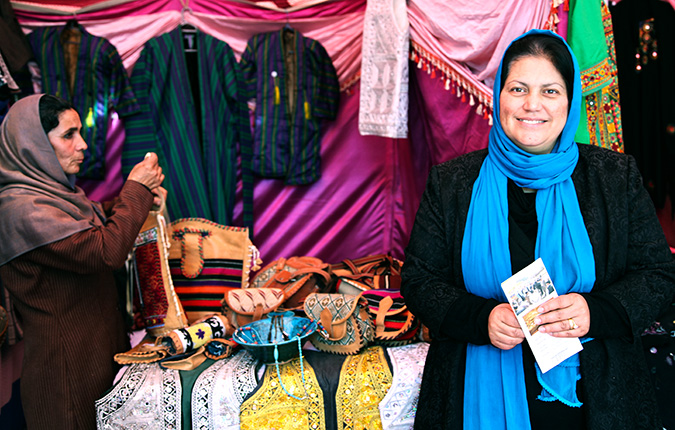 UN Women has been working in Afghanistan since 2002 (as UNIFEM until 2010). Its current programmes are closely aligned with national priorities, focusing in particular on violence against women – both in terms of protection and prevention – leadership and economic empowerment. UN Women provides financial and technical support to help strengthen national women’s machineries and works with local partners to promote lasting institutional, attitudinal and behavioural change at all levels.

Violence against women – protection and prevention

Through its Ending Violence against Women Special Fund, UN Women funds 11 Women’s Protection Centres and five Family Guidance Centres across nine provinces. These centres give women survivors of violence, and their children, a safe space to shelter plus legal support, health checks, psychosocial support and vocational training to help them rebuild their lives. UN Women launched the HeForShe campaign in Afghanistan in June 2015, working to change the attitudes and behaviours – especially those displayed by men and boys – that perpetuate and encourage violence against women and girls. As part of an MoU with the Ministry of Women’s Affairs and the Ministry of Rural Rehabilitation and Development, UN Women is working through existing Community Development Councils to raise awareness within communities across the country of the causes and consequences of violence against women and girls.

UN Women works to promote institutional accountability for legal frameworks and international obligations on women’s empowerment, including reporting against the international treaties that Afghanistan is party to. This includes collaborating with Government to mainstream the National Action Plan for the Women of Afghanistan and implement the National Action Plan for UN Security Council Resolution 1325 on women, peace and security, as well as providing technical support around gender-responsive legislation and policy in compliance with the Convention on the Elimination of all forms of Discrimination against Women. UN Women helps coordinate this work through chairing the Technical Gender Working Group, which involves CSOs and government, as well as participation in the Criminal Law Reform Working Group, which is led by Ministry of Justice. UN Women also supports national legal reforms processes, including the Ending Violence against Women Law and Family Law. In partnership with the Ministry of Higher Education, UN Women is working with six government ministries on the implementation of the Anti-Harassment Regulation. 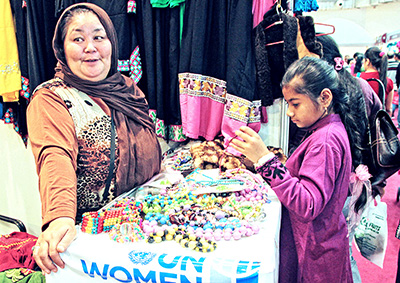 Through its Resource Centre for Women Parliamentarians (RCWP) in the Afghanistan Parliament, UN Women supports MPs – both women and men – in bringing gender perspectives into legislative debates and outputs, as well as developing their capacity as decision-makers. UN Women also supports training for elected women political leaders, including those on Provincial Councils, to help strengthen their leadership and communication skills, as well as build robust constituency relations.

UN Women is one of the key actors in this area, working in partnership with the Ministry of Finance to support six ministries in undertaking a detailed assessment of their budgets, followed by capacity building to make the ministries’ budgets more gendered.

UN Women provides leadership and technical guidance through a number of mechanisms designed to bring together a wide variety of stakeholders in order to support more gender-responsive programming. In Afghanistan this includes: chairing the Gender Working Group, which focuses on the UN system; chairing the Gender Donor Coordination Group, with donors and UN agencies; co-chairing the Gender in Humanitarian Action Taskforce alongside the Norwegian Refugee Council; and acting at the permanent secretariat for the Women Peace and Security Working Group, including CSOs, government, donors and UN agencies.

This programme takes a holistic approach to empowering women survivors of violence through employing survivor-centric protection services and economic empowerment, while also fostering an enabling environment for community-level prevention and legal reform. As such it brings together threads from each of UN Women’s programmatic areas in Afghanistan, in order help survivors escape the violence, rebuild their lives and access justice. The programme is being implemented in partnership with the Government of Afghanistan.