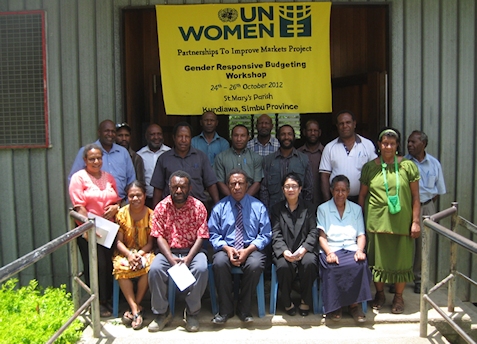 UN Women PNG conducted a Gender Responsive Budgeting Workshop for LLG managers in Simbu Province including Kundiawa Town Authority from the 24th – 26th October 2012. The timing could not have been better because it was before government went into their planning and budgeting sessions for 2013. While the facilitator Ms. Farsidah Lubis highlighted the importance of including separate budget lines for women specific activities, she stressed the importance of women and men benefitting equally from the mainstream budget. Most of the participants attended such a session for the first time and were interested in the concept. They also shared their experiences. 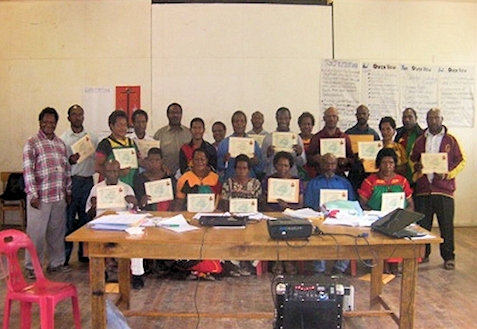 Signing of the MOU

The signing of the MOU happened on the 17th of December 2012. The MOU outlines the responsibilities of government and UN Women with no financial implications. This key milestone opened the way for activities to be carried out in the market

The Kundiawa Market is in the Kundiawa Town Ward, and as such, local council members have influence in the way the market operates. To build their knowledge on the importance of the PIM project and gender mainstreaming, a gender sensitization workshop was held for local councilors. 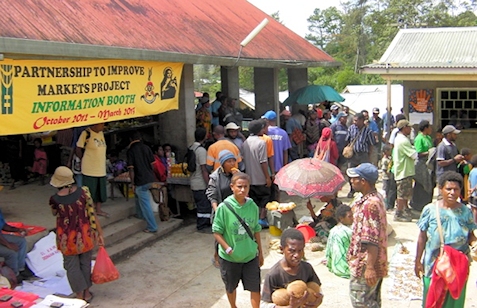 Introduction of an information booth into the market was done so that women did not have to leave their market spaces for long to access information on cross cutting issues. In addition a week long awareness campaign on HIV/AIDs, Human Rights Gender and Violence against Women was conducted in the market by capable women NGOs from 18th – 22nd February 2013.