This survey found alarmingly high rates of violence against women and girls in Vanuatu: 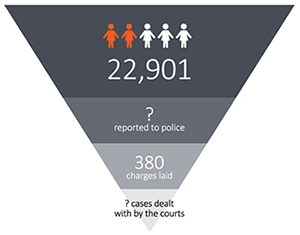 Seven years after this ground breaking study, UN Women commissioned research into Women and Children’s Access to the Formal Justice System in Vanuatu.

This Report analyses why an estimated 98 per cent of cases of violence against women and children do not reach the stage of being charged by the police, let alone prosecuted by the courts.

It’s Against God’s and the Nation’s Laws - Sister Doreen Calls for a Stop to Gender-Based Violence
Addressing the Gender Inequality of Risk and Promoting Community Resilience in Solomon Islands
Strengthening Gender focus during Humanitarian Action in Solomon Islands
In the words of Mary E Tegavota, National Recorder, Land Reform Unit, Ministry of Lands, Housing and Survey, “Only through women’s and girls’ empowerment can we evolve and promote women’s land rights.”
Developing an inclusive Traditional Governance Bill, leaving no one behind
END_OF_DOCUMENT_TOKEN_TO_BE_REPLACED