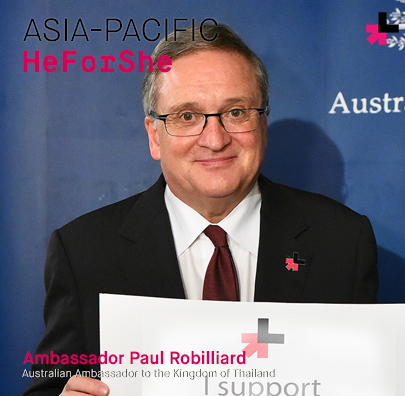 On occasion of the International Women’s Day 2016, HE Mr Paul Robilliard, Australian Ambassador to the Kingdom of Thailand, announced his commitment as a HeForShe advocate: “I signed up to become a HeForShe advocate because I believe that gender equality is central to economic and human development. Australia is working to achieve equitable gender outcomes globally”.

The Ambassador made the announcement on the panel discussion on Equal Partners: Realising the Potential of Women in the Workplace. This event celebrated women’s voices in decision-making and leadership and aims to support Thai and Australian women’s participation in sustainable economic growth. H.E. Mr Paul Robilliard also joined a number of male embassy staff to pledge support to the HeForShe campaign. “I am proud to announce that on International Women’s Day, I pledged our support for the HeForShe campaign to stand up against the persisting inequalities faced by women and girls globally”, said Mr Ambassador. 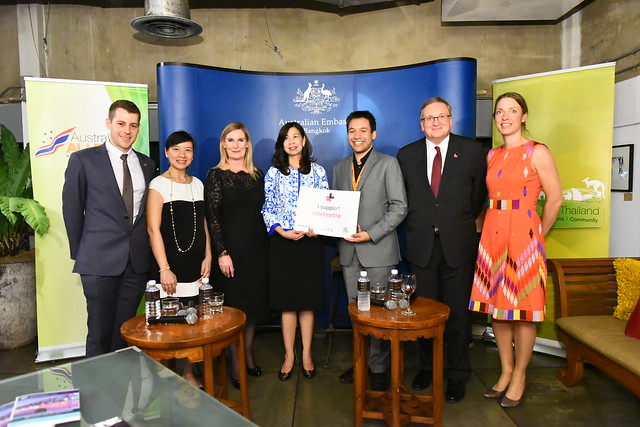