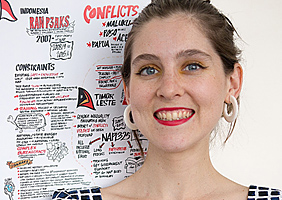 It has been just over a year since the signing of the Nationwide Ceasefire Agreement (NCA) in Myanmar. But despite talk of a new era, those hoping for sustainable peace should be very concerned about the silence on gender, and the exclusion of women from the peace process. Although Aung San Suu Kyi is represented as the figurehead of change in Myanmar, this level of power and participation is out of reach for many women within the country. UN Women has noted the alarmingly low representation of women in the NCA[1]; the less-publicised exclusion of rural ethnic minority women is just as concerning.

A recent report by the Karen Human Rights Group covered ethnic Karen women’s agency in the face of violence and discrimination[2]. Despite the NCA, Karen women face “security concerns related to the presence of armed actors, primarily the increased risk of gender-based violence[3]”. The flow-on effect of these perceived threats is negative impacts on women’s livelihood activities and access to education and healthcare. But the report also highlights women’s abilities as leaders and peacemakers. Across a variety of issues, women use strong agency strategies to resist abuse and access justice; strategies such as negotiating with perpetrators, protesting, and taking on new labour roles particularly demonstrate women’s strength as peacemakers. 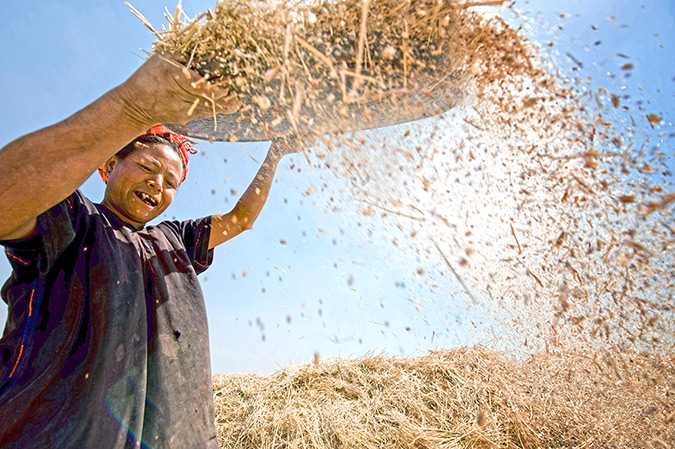 For all these strengths, Karen women have reported a decreased involvement in leadership. As men returned to villages following the 2012 preliminary ceasefire, many women had to retreat from the leadership roles they had assumed[4]. It is now imperative to recognise that women’s exclusion from decision-making does not negate their leadership potential. The gendered silence does not mean rural ethnic minority women lack capacity. Failing to project their voices and experiences will heighten their struggles and compromise sustainable peace.

As political discourse on Myanmar focuses on ceasefire agreements, visiting world leaders, and international trade, concentrating our attention at this level ignores the lives of rural ethnic minority women for whom conflict is reality, but the peace process is elusive. The dominant high-level, gender-blind political narrative excludes rural ethnic minority women and is entrenching their inability to meaningfully contribute to sustainable peace. Challenging this requires involving women in every step, recognising their experiences and agency.

It is now crucial to ensure that we highlight women’s lives at local levels. Lasting peace in Myanmar is at odds with the current approach, which appears to consider gender less important than other issues. Rural ethnic minority women cannot be left waiting for the effects of the changes that are occurring; justice for women is not a trickle-down process. As they continue to prove they are capable agents of peace, we must ensure rural ethnic minority women are not further sidelined in Myanmar’s ongoing search for peace.

Eliza Moloney is a graduate student from The University of Queensland, Australia, School of Political Science and International Studies.