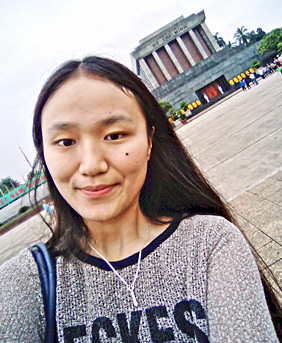 Women around the world are enjoying more educational opportunities and health facilities, thereby reducing the gender gap to a certain degree. However, almost every girl (woman) has been told at least once in their lifetime, that they are not well-suited or capable enough to do certain jobs which have been considered masculine for centuries. Thus, involvement of women in the world of work has been a slow progress subjected to sexism.

With lower wages for women for the same job in many parts of the world, to fewer women in the positions of economic leadership, this all dates back to how society planted the seeds of patriarchy. Now, we are hanging onto the branches and eating the fruits of such a hegemonic tree. Despite continuous efforts being made to empower women economically, there is still a significant gender disparity in the business world.

The involvement of women in the economy is very low; from having a small part in any economic process to being a breadwinner or even an economist. The economy, like any other field, has been men’s beautiful ‘treehouse’ atop the patriarchy tree.

Nonetheless, the sexist economical approach towards women is getting modified to make it women-friendly. It is also encouraging women to enter the men’s 'tree-house'. Women seem to be empowered through this welcoming gesture; those women who have already made their way in the men’s 'tree-house' seem to be enjoying it. However, most of the time, women are there to grow and decorate it.

In direct terms, empowering women economically, has a motive of profit and not for the sake of gender equality and certainly not for the interest of women themselves. Historically, whenever there has been a recession or economic slowdown and for the ‘economics’ to rebuild itself; women have been ‘saviours’. Thus, the argument that allowing women in the economic sector can boost the economy of a particular company or a country, which indeed turned out to be true.

To reform the current sexist economic model is an indispensable step towards stopping the undermining of the capacity and capability of women in contributing towards an enhanced economy.

In addition, it is also crucial to make it inclusive of all genders at this point of time, especially when there are many undergoing identity crisis and in the process of coming out so as to not discourage acceptance and identification of themselves.

Gender equality in the world of economics is much anticipated with a more liberal mindset of the people and with changing times.

However, the calculated motive of inviting and having women in the economic sectors for the sole purpose of escalating the GDP or economic growth of a company or a country is morally wrong.

What if women did not have enough to contribute to the economics discipline or were not one of the contributing factors for enhanced economic growth? Are they supposed to listen to the society silently and get a degree or marry an engineer or a highly-qualified civilian or just be a teacher or a nurse because they cannot or are not supposed to be a pilot or aim to lead a company? The answer is a big “NO”.

If women have less value to add to the economy, they still should be welcomed to the commercial world because, as with men in the world, they also deserve to work and earn for their own welfare, and not just for a successful economy.

While it is wise to invest in women and empower women economically, women should be treated with dignity and allowed the freedom to enjoy economic life because they want to and not because there is a price tag to their economic existence.

Women should not be viewed as a capital investment or some technology that would boost economy both in the short and long run, but as human beings who also have rights to economic life – the first and most important reason for having women in economics. It is just a boon that having women in the economics would lead to progress.

In the changing world of work it is critical to empower women economically without prejudice against them whilst doing it for the sole purpose of women’s interests and welfare, not for financial gains. Thus, the approach to empowering women in economics should be changed.

It is about time for us to root out the patriarchal tree and break the men’s tree-house down and plant seeds of feminism.

Wangchuk Dema @Smile_FromHeart is a 24-year-old-Bhutanese, who is currently serving as International Coordinator for Y-PEER (Youth Peer Education Network) International and National Coordinator for Bhutan Y-PEER Network. She is also undertaking a post-graduate diploma in public administration (PGDPA). She is an advocate for girl’s empowerment, sexual and reproductive health and rights (SRHR), education, and leadership especially for girls and young women, and an advocate for vulnerable youth. She has been a volunteer since she was 6 years-old and have always had passion for social service and work.