Jenny Mei poses at her school in Shanghai, China, on Year 9 graduation day, on 17 June 2021. Photo courtesy of Angel Xia

When I read the Beijing Declaration and Platform for Action, this particular line was very significant: “The upbringing of children requires shared responsibility of parents, women and men and society as a whole.” I strongly agree with this as it expresses a correct idea about on how to raise children：It is not only women’s business.

Look back at history — men were in the lead in almost all careers, especially politics and literature. Where was women’s place? They stayed at home, took care of babies and did housework. Even though a lot of them had abilities that exceeded their husbands’. For example, Elizabeth Barrett Browning, a brilliant poet who published multiple poems commenting on politics, appeared in our books as someone who “loves her husband dearly”, and what we learned was only a love poem she wrote for her husband.

Taking care of family is almost the opposite of being in society and having a job. Because if women do it all by themselves, it is impossible to balance these. The total absence of males in the household while the father is busy working leaves all the burden on women.

But just like the Beijing Declaration said, raising a child is the whole society’s responsibility, Men should be responsible fathers as well as take care of the family such as by doing housework. I believe that well-balanced roles in the family can truly lead to harmony because every member in the family would understand each other, would know that everyone works hard to bring the family happiness.

To give birth to a child is a woman’s right but it has become a woman’s duty. Everyone has a dream that they want to fight for, but girls are facing obstacles in finding jobs or even going to school, because society only views them as future mothers. They have to take care of everyone — except themselves. Countless women have devoted their lives to repetitive and tedious tasks instead of pursuing their careers. However, they haven’t received any applause for these sacrifices.

In China, a special policy regulates how many children a family can have. This year, to reduce the ageing of the population, this number has raised to three. To give birth to three babies, a woman definitely needs to devote more than three years. Firms strive for profit, growth, efficiency of labour. This creates big disadvantages for women. No one wants an employee who doesn’t go to work but still gets paid. The worst thing about this is that it is not women’s fault, but firms can discriminate against them in this “reasonable” manner. I’ve seen a lot of adult women around me give up their jobs to take care of their babies “temporarily”, but they never went back to work. The government should give support to those moms who struggle with jobs and babies.

Having said all this, I am not trying to complain or to blame anyone. But we need to think: From the day the Beijing Declaration was published, what has changed and what has not? Why have some things remained unchanged? Why do women need to struggle between career and family while men don’t have to? How can women remove all the obstacles and truly be themselves? 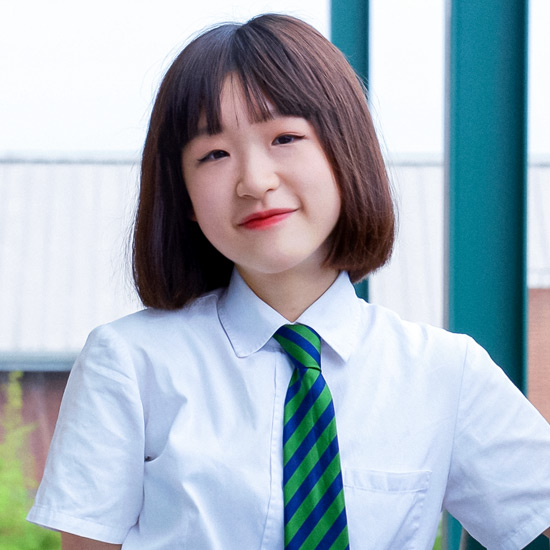 Jenny Mei, 15, is a Year 10 student at YK Pao School in Shanghai, China. Her parents work in technology and computers but support her interest in literature. At school, Jenny is a member of the dance team and founded an organization that helps homeless animals. She believes that writing is the best way to motivate and affect people, so looks forward of becoming a professional author.