Child marriage is a curse for girls in Bangladesh 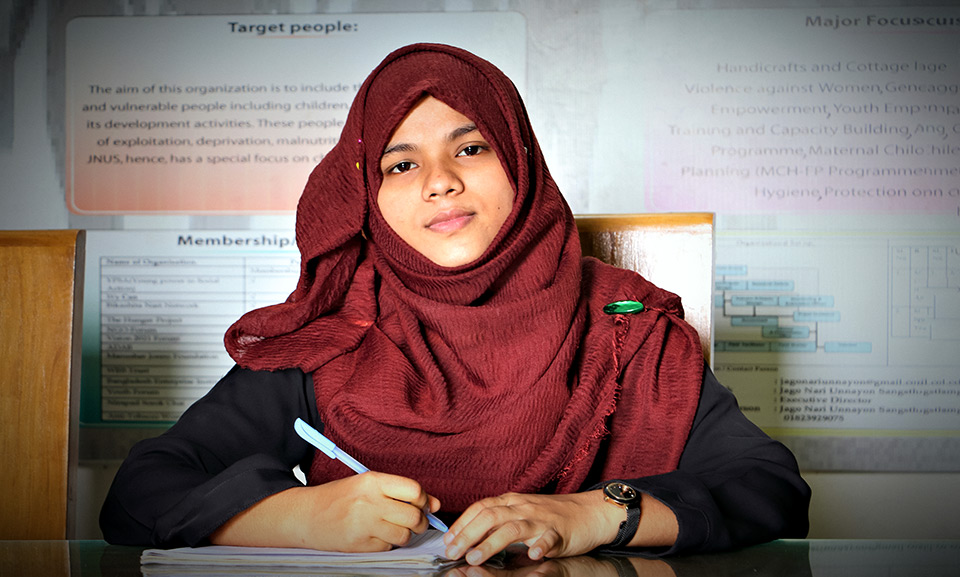 There are so many problems in our society. It is important to work to fix them, problems like child marriage, gender-based violence and gender inequality. During the coronavirus pandemic, these issues have increased. Also, the workload of women has significantly increased, and violence against women has become a shadow pandemic.

Child marriage is a curse for young women, who cannot develop their talent due to child marriage and dowry. Their dreams have been broken down. Also, they suffer from so many health consequences if they are married off at an early age. I have so many friends who are working as homemakers while still in their childhoods. I cannot cook yet, but they are cooking for their husbands’ families. If they cannot do it, they face consequences from the in-law’s family.

My friend was married by her family at the age of 14. She was my classmate, and we used to go to school together. After she was married, she got pregnant while still only a child. Her first child died due to weakness and malnutrition during childbirth. After that she gave birth to two daughters, but the children are not healthy. Her health is also not good.

Her husband went abroad once, and for various reasons, he returned (to Bangladesh) and started torturing her for dowry. Unable to bear the torture, she moved to her father’s house, but she did not have a place in her father’s home due to poverty. So she left her little children to her parents’ care and went out to look for a job. She got a low-paid job in a garment factory because she had only completed up eighth grade in school. Her body has become weaker due to working so hard at such a young age.

Her husband has since married another woman, but her struggles are not over -- she continues to struggle to feed her two children.

When I see her, I remember the words she used to tell me on our way to school. Her dream was to be a teacher. She wanted to work for her people and to pursue so many dreams that she had. But today it is sad to say that child marriage has consumed her dreams. It is also stealing the dreams and happy lives of thousands of other girls like her.

There are so many cases like this of child marriage, the need for a dowry, and gender-based violence. But unfortunately, people’s attitudes are not changing because there are not enough people working for the betterment of society. So we must do it ourselves and volunteer to work to make change possible and we must empower those who are working for a better world. This is how we can achieve a happy, equal, and violence-free world. 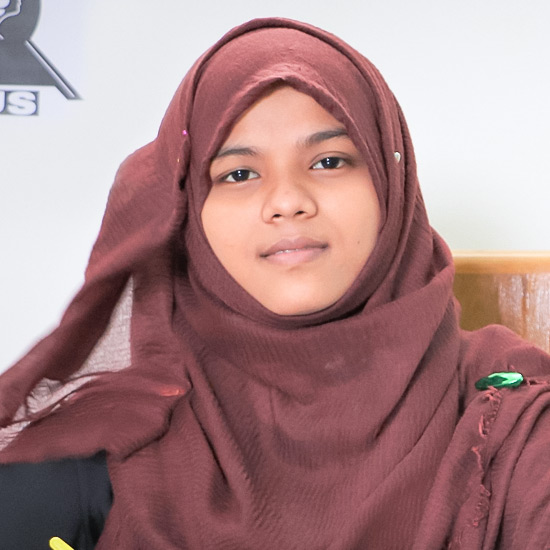 Rima Sultana Rimu, 19, is a Bangladeshi activist living in Cox’s Bazar, which hosts Rohingya in one of the world’s largest refugee settlements. She has made literacy of Rohingya women and girls her mission. Rimu is a part of the Young Women for Leadership network, a programme of the Global Network of Women Peacebuilders organized in partnership with the local women’s rights organization Jago Nari Unnayon Sangstha and supported by UN Women. She made the BBC’s list of 100 inspiring and influential women worldwide for 2020. Rimu talked with UN Women last year about her work with the Rohingya.