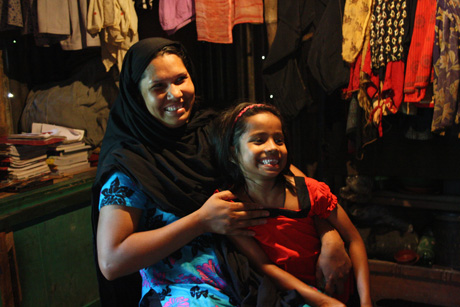 36 -year- old Pakhi Begum was ‘sold’ to an agent. Today, she has joined hands with a NGO and UN Women partner OKUP and counsels other women to migrate safely.

Dhaka - Najma Demra went to Abu Dhabi in 2004 as a domestic help and ended up being forced to work as a home-based commercial sex worker. Pakhi Begum went to Dubai to work as a maid but a local agent cheated her and ‘sold’ her to an agent in Dubai. She had no salary, proper food and rest. After a few months, she fell ill and was sent back to Bangladesh without a single penny. Shamsun paid 40,000 Taka to work in an office abroad. To her shock, she found herself working as a domestic help. She was abused by her employers regularly. A relative of the family, Hamid, also made sexual advances. Although she fulfilled her contract by working for 2 years and 3 months, she was paid for only one year.

Protecting the rights of the woman migrant

Najma, Pakhi and Shamsun are just a few of the several thousands of women who have been lured with the promise of a better future. To ensure that more women do not go through the same fate, UN Women in Bangladesh has been working with the Ministry of Expatriates’ Welfare and Overseas Employment, Ministry of Law, Justice and Parliamentary Affairs since 2005.

In 2009-10, UN Women assisted the Bangladesh Government establish its first resource centre so that aspirant women migrants could obtain correct information about migration easily. Along with the government and civil society, UN Women has chalked out rehabilitation programmes for women returnees.

UN Women follows a three tier approach, which supports women migrant workers through the migration cycle. First, empowerment of women who plan to migrate are provided with comprehensive information, resources and training; second, labour attaches of embassies and government officials in receiving countries are sensitized to the needs of immigrating women; and third, rehabilitation programmes are conducted for women who return to Bangladesh in tandem with the government and women’s rights activists. UN Women along with the Bureau of Manpower Employment and Training (BMET) and UN Women have implemented five such projects to help women make informed decisions.

In addition, a 26 episode programme in local dialects, focused on the safest ways to migrate for work, was produced and broadcast by UN Women on the national radio in Bangladesh. It received an overwhelming response and many aspiring women migrants called in with queries. 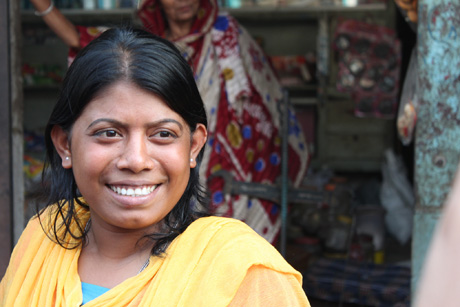 25-year- old Najma Begum was forced into prostitution, sexually exploited and brutally assaulted for one year. Now, she has started afresh with vigour and self-confidence and is working in a garments factory.

Bangladeshi women contribute as actively to the country’s economy as its men. They send billions of dollars in remittances every year. Government sources say that they earned US D 11 billion and USD 11.1 billion in 2010 and 2011 respectively. Their earnings are roughly 13 per cent of GDP. In 2011 alone the number of women migrant workers was 5.4 percent – almost 30,579 women workers.

Despite this, women’s participation in Bangladesh’s economy is clouded with issues of irregular migration, vulnerable employment, discrimination and lack of proper re-integration programmes.

With the support of UN Women, its civil society partners like OKUP, BOMSA and other NGOs, these women are working to rebuild their lives. Najma has started life afresh in a garments factory and is working towards the future with renewed hope and vigour. Today, Pakhi works as a tailor’s assistant and has joined hands with an NGO and UN Women partner OKUP for working with exploited migrant women. She counsels other women on how to migrate safely. Shamsun is now working to help raise awareness about safe migration and is a well known figure in her local area.