The 1995 Beijing Platform for Action flagged 12 key areas where urgent action was needed to ensure greater equality and opportunities for women and men, girls and boys. It also laid out concrete ways for countries to bring about change. UN Women works with governments and partners to ensure such change is real for women and girls around the world.

When women are poor, their rights are not protected and they face double discrimination, on account of their gender and economic situation. Women, their families, communities and economies suffer as a result.

Education and training of women

Education is essential for women to reach gender equality and become leaders of change. While women and girls today are far more educated than ever before, gaps remain. Educated women benefit entire societies, contributing to flourishing economies and the improved health, nutrition and education of their families. Education and training are also tools to help change harmful gender stereotypes.

Women need to be healthy in order to realize their full potential. This includes proper nutrition, sexual and reproductive rights, and mental health, as well as freedom from violence.

UN Women advocates for States to better coordinate the provision of health services for women and girls –including for survivors of violence– and supports non-governmental partners providing essential services. We work to end practices that bring danger to women and girls, including child marriage, female genital cutting, dietary restrictions, and others. We act to ensure that women’s needs are met during medical humanitarian crises, and support and empower women living with HIV and AIDS.

What the Beijing Declaration says about Women and health.

Violence hurts women and girls and hampers their ability to thrive in multiple ways. Since the Beijing Conference, an historic two-thirds of countries have put laws on the books to stop domestic violence. Yet gaps in laws, implementation of legal protection and lack of access to essential services remain for women globally.

Ending violence against women is one of UN Women’s key priorities. We support expanding access to quality multi-sectorial responses for survivors covering safety, shelter, health, justice and other essential services. We advocate for laws and help guide policies and action plans to help step-up investments in prevention—the most cost-effective, long-term means to stop violence against women by addressing its root causes.

Wars and armed conflict destroy families and societies and leave women and girls particularly vulnerable. Sexual violence is widespread and often used as a war tactic.

UN Women’s programmes on women, peace and security engage women in all aspects of negotiations, peacebuilding and reconstruction to build inclusive societies. We train peacekeepers to detect, address and stop conflict-related sexual violence, while also supporting the reform of justice and security institutions and ensuring that public services that are fully responsive to women’s needs.

Women and the economy

Whether in businesses, on farms, as entrepreneurs or employees, or through unpaid domestic or care work at home, women make enormous contributions to economies. Gender discrimination means women often end up in insecure, low-wage jobs, and constitute a small minority of those in senior positions.

To ensure that women can contribute fully and benefit from the economy, UN Women runs multiple programmes for women’s economic empowerment. We promote women’s ability to secure decent jobs, own land, accumulate assets, and influence institutions and public policies determining growth and development. We also work with partners to ensure that workplaces are free of violence and sexual harassment.

Women in power and decision-making

Once in leadership roles, women make a difference. But they are under-represented as voters and in top positions, whether in elected office, the civil service, corporate boardrooms or academia.

UN Women advocates for reforms to ensure women’s fair access to decision-making. Our programmes on leadership and participation provide training for women political candidates to help build their skills, as well as voter and civic education and sensitization campaigns on gender equality. We work with UN country teams, unions and civil society to ensure that elections uphold women’s rights, including to vote and campaign free from violence. Through the Fund for Gender Equality, we also support women’s grass-roots groups and help give women a greater voice on a range of issues. 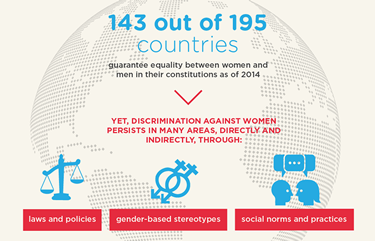 Specialized institutions have played an important part in informing laws, policies and programmes and advancing gender equality. Robust laws and policies coupled with stronger mechanisms to coordinate various actors and ensure their effective enforcement and implementation can push the agenda.

UN Women works with governments to develop informed national action plans, ensure gender-responsive budgeting, and strengthen coordination among diverse actors for sustained and meaningful action. We partner with governments, UN agencies, civil society organizations and other institutions to build capacity and increase awareness. We support and advocate for evidence-based policymaking. To this end, UN Women stresses the need for sex-disaggregated data and played an important role in the development of 52 gender indicators.

What the Beijing Declaration says about Institutional mechanisms for the advancement of women. 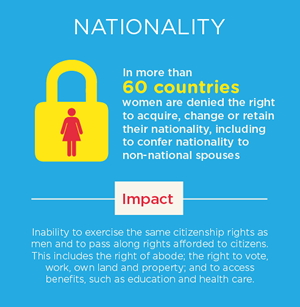 Women and girls are entitled to the full and equal enjoyment of all of their human rights. The Beijing Platform for Action confirms that protection and promotion of human rights is the first responsibility of governments and core to the work of the United Nations.

UN Women provides technical assistance to ensure that States create national laws, policies and plans to ensure women’s rights and protect them against violations. We promote international treaties, such as the Convention on the Elimination of All Forms of Discrimination against Women (CEDAW), lobby decision-makers to ensure that adequate laws are passed and work with partners to train and educate the law enforcement and justice officials who must implement them.

Women and the media

The media plays a significant role in perpetuating and challenging social norms that condone discrimination or violence against women. It can objectify women but also showcase strong women leaders and protagonists who can become role models for their audience.

UN Women collaborates closely with the media as a key ally in advancing women’s rights. Apart from working with the media to facilitate in-depth coverage on women’s rights, we undertake research on the portrayal of women in news media as well as the entertainment industry. Additionally the Media Compact on Beijing+20, works to increase and sharpen the profile of women in the news. We also conduct special workshops and trainings with journalists globally to encourage gender-sensitive reporting.

Stay tuned! We will publish an in-depth Beijing+20 In Focus package on Women and media in May 2015.
What the Beijing Declaration says about Women and the media.

Women and the environment

Women are among the most affected by climate change. They are often the ones gathering water, fishing or farming land affected by flooding. Meanwhile, their voices are often ignored in environmental planning and management. They also have less access to land and productive resources.

UN Women seeks to ensure women are involved in environmental decision-making at all levels, integrating their concerns in policies and programmes, and establishing ways to assess the impact of development and environmental policies on women. We take part in international fora, following negotiations and maintaining active outreach to ensure that the decisions incorporate references to gender equality, women’s rights and women’s contribution in climate change mitigation and adaptation. 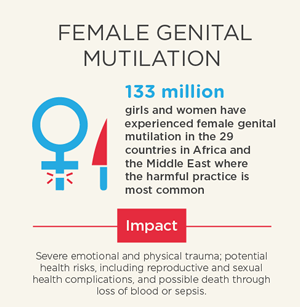 UN Women works to empower girls and young women to pursue their dreams, confront discrimination, and prevent violence of all kinds. We raise awareness of girls’ rights, support programmes that work with educators, parents and fathers in particular, and with religious leaders. To advance girls' education, health and well-being, we advocate with governments and other partners, striving for a world where girls can live free from fear, violence and discrimination.

Read our Beijing+20 In Focus package on the girl child.